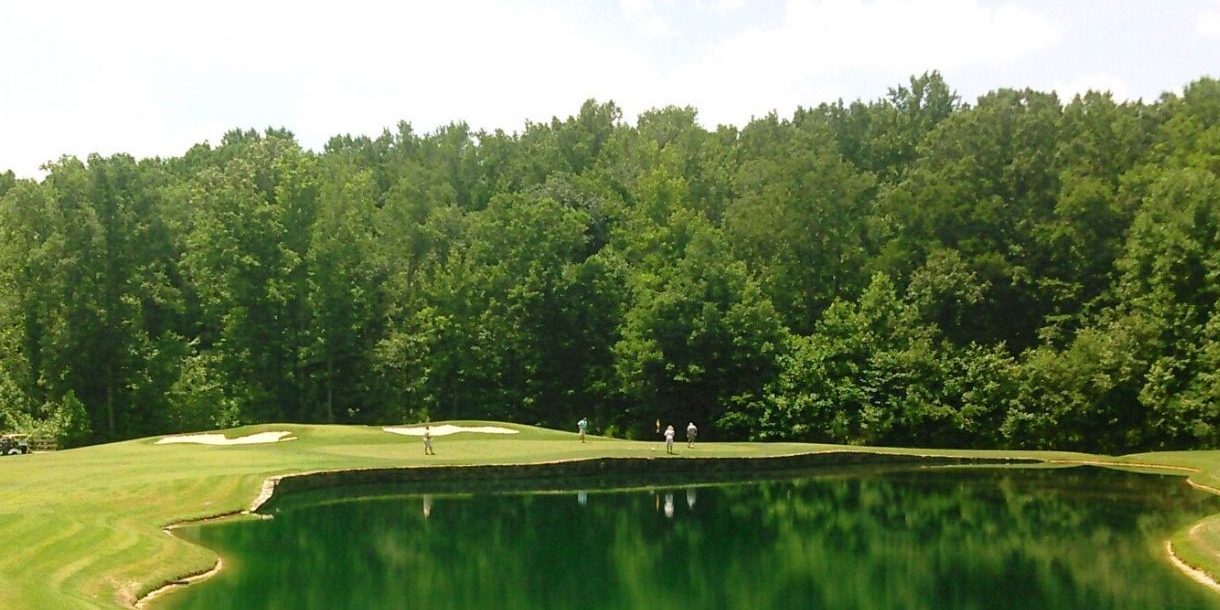 There hasn’t been this much excitement at Belmont Lake Golf Club in Rocky Mount since the golf course opened in 2007.

In what has been a time of angst over the last few years heading into the hot, humid summer months of July, August and September, the golfing public and the club’s members are anxious to start putting on the layout’s new G-12 Champion bermudagrass greens as the temperatures soar into the 90s.

Gone are the “crusty” conditions and burned out areas of the former bentgrass greens, replaced following a Labor Day weekend re-opening by a new strain of bermudagrass that was also used for the 2017 PGA Championship at Quail Hollow in Charlotte.

Many of the area courses have decided the best solution to the summer heat in central, eastern and southern North Carolina has been greens conversion, but most are spending the investment after being opened more than two decades. Belmont Lake is just 11 years old.

“It’s not a cheap solution, but when you keep stressing over it each summer for three months because of poor conditions it is going to catch up with you sooner or later, losing that business,” said Belmont Lake head pro Tim Wilke. “We lost about five of our greens a couple of years ago and that really cut into the effectiveness of our golf course with temporary greens. We just decided to bite the bullet as soon as possible so we could get over that loop and get on with it.”

“You miss that revenue from your greens fee players when the conditions go down like that,” Wilke said. “It doesn’t help your overall image either. That’s one of the beneficial things about our golf course right now, it’s in outstanding condition and a lot of golf courses have been struggling with the weather. I attribute that to our diligence in covering the greens during the winter and just our overall pro-activeness.”

Wilke said his grounds crew covered the new bermudagrass this unusually harsh winter in North Carolina each time the temperature dipped below 28 degrees. It took added time, but was well worth the effort, he said.

‘We’re just now getting to that period of time where we’ll see the true benefit of the whole project,” he said. “This new bermudagrass really thrives in the heat and humidity so we’re looking forward to the next couple of months. And even though it is hot people do play a lot of golf during this time of the year, and especially if the golf course is in great shape.”

Warren Halle, CEO of Halle Building Group, owns the golf course and surrounding community. Halle started out as a carpenter and built the Halle Companies from the ground up. Following his love of building and development, he’s completed innumerable, successful residential and commercial projects over the last 50 years.

“You have to be excited when you have a pro-active owner and one that’s willing to step up and take so much pride in the facility that he owns,” Wilke said of Halle. “He really wants the golf course to be a huge amenity to the housing development. People who are going to build in here probably have golfing interests so he understands the importance of having an outstanding golf course and having consistent conditions during the high volume of the year. It’s a godsend, it really is. We’re really lucky to have his support.

“Listen, the golf industry is not an easy industry,” Wilke added. “The expenses are always going to be there no matter how Mother Nature treats you, and if you don’t have the revenue coming in it puts a lot of stress on your facility.”

Wilke said the greens project didn’t require any redesigning of a layout designed by David Johnson out of Atlanta.

“Our greens are very golfer friendly. We didn’t reshape any of the greens since we already had a very good product,” Wilke said. “All of our customers really love this golf course; it’s not diabolical like a lot of Donald Ross greens. There are so many benefits to our layout here. We’re really excited about the next few months.”