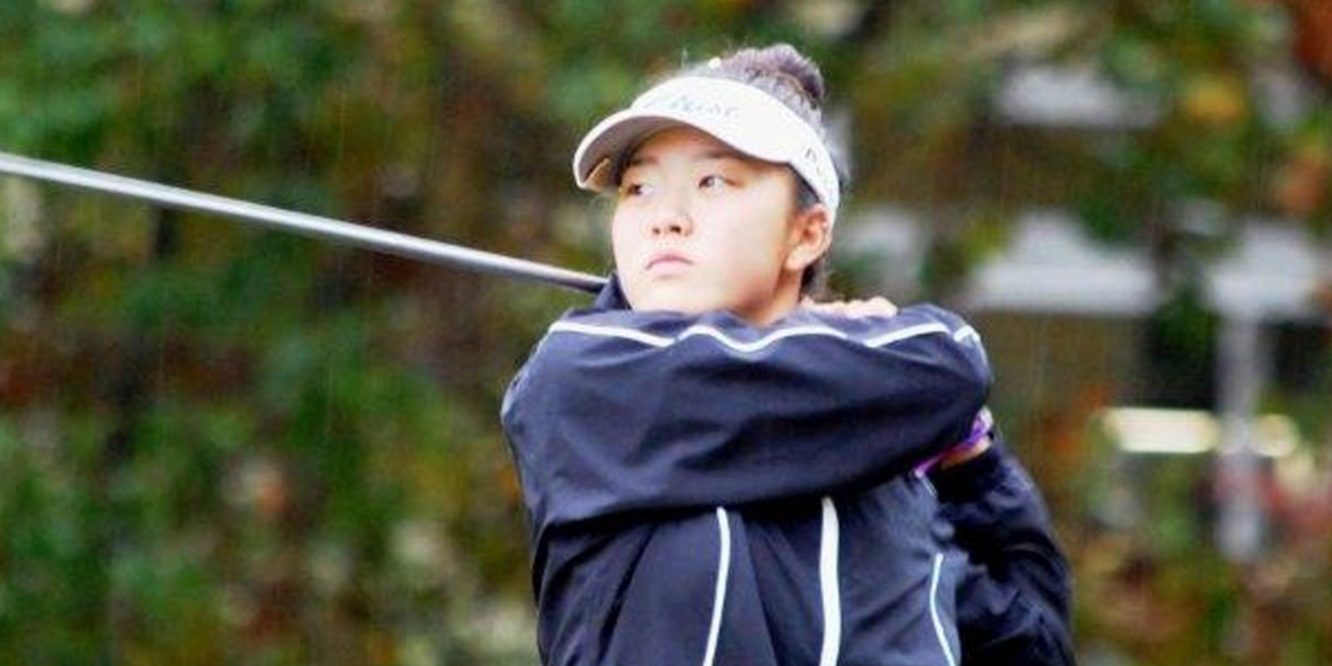 It didn’t take the Cardinal Gibbons Crusaders long to become the cream of the crop of 4-A women’s golf in North Carolina.

Cardinal Gibbons, a thriving private Catholic school near PNC Arena in Raleigh, moved up a classification this season and quickly became a presence on the golf course, rolling to the state crown in convincing fashion at Pinehurst No. 6 in late October.

And it looks as if the Crusaders are going to be around for awhile, with its title team – Riley Smyth (81-72), Hailey Freedman (75-79) and Hannah Rose Bruxvoort (84-81)– consisting of three talented sophomores.

Gibbons led by eight shots over Pinecrest and nine over Greensboro Page after the first day of the 36-hole event, but steamrolled the competition on day two in miserable conditions, winning by 26 shots.

“Leading by eight strokes is nothing in high school golf,” said Greg Greksa, who is a teaching pro at Wildwood Green in North Raleigh and in his third season as the coach of talented Gibbons. “We were having some dinner the night before the second day and I told them that anything can happen and that every single shot was going to matter. If we wanted to win we were going to have to focus and get through the day and play the best we can whether it was raining, cold — whatever.”

“They kind of put their heads down and worked through it,” said Greksa, who watched his trio shoot eight shots lower under worse conditions. “I am extremely proud of all the girls. They have all worked diligently to improve. That second day they all played better than the first day with the conditions and the elements, which absolutely blew my mind to see them to stay as focused as I knew they could.”

He singled out Smyth, who matched state champion Jennifer Chang of Athens Drive for the low round of day two with an even-par 72.

“The elements just don’t faze her,” the coach said.

The Crusaders won last year’s 3-A championship before moving up to the state’s highest classification.

“Our expectations are pretty high at Cardinal Gibbons,” Greksa said when asked about the increased competition of 4-A golf. “One of the coolest things is watching each of our girls improve through the years. I’ve watched how dedicated they are and how much time that they really spend in and around the game, watching it, practicing it, and all the other things involved. They have all gotten better.”

It’s likely the Crusaders will be in the mix again in 2016.

“They are going to put that pressure on themselves to kind of keep it going,” Greksa said. “But quite frankly, you never know what is going happen from school-to-school. There are a lot of great players out there, and all it takes is for one school to pick up one or two good players and the next thing you know there’s some stiff competition.”

It ended up being a great week for Greksa, who captured a state title and then headed to the Monterey Peninsula a few days later for the first time on a golfing manufacturer trip.

“I am pretty lucky the dates worked out the way they did or I wouldn’t have been going to Pebble Beach,” he said with a laugh.

In the individual competition, Chang rallied from three shots down with an even-par round after a 78 on day one to repeat and give Athens Drive its fifth state champion in the past seven years. The sophomore joined Katherine Perry (2009), Sarah Bae (2012) and Emilia Migliaccio (2013) as players from the Raleigh school to capture the top hardware.

Chang won by two shots over Caroline Cahill of Wilmington Laney (78-74), Kathryn Carson of Lake Norman (79-73) and Sam Bennett of Wake Forest (78-74) – all who tied for second. Smyth of Gibbons came in fifth, three shots behind Chang.

“If anyone out there can win four in a row it would be her,” said Athens Drive coach Dave Snyder, a pro at Lochmere Golf Club in Cary. “Her mental attitude is well above most. And the rest of the team feeds off of her and she loves that. Jennifer is a superstar, but she also cheers the rest of the team on, so she is a great team player, too, and that’s hard to find.”

Snyder sees his star player often since Chang is a member at Lochmere.

“She has definitely gotten longer as she has gotten older and stronger,” Snyder said. “And she’s more consistent. She is like a robot; just give her something to shoot at and she’ll go for it.”

Greksa had heard about Chang the last few years and seen her play this year in person at the regional and state competition.

“And I saw one photo of Jennifer taken that was after she had hit the ball and it was of her follow through, and for me being a teaching pro I could see that form and the way she has worked on her swing,” the Gibbons coach said. “And you can see the focus, too. It helps to have a really solid swing, but at the same time you have to have the right frame of mind and it appears she is a really solid person.”