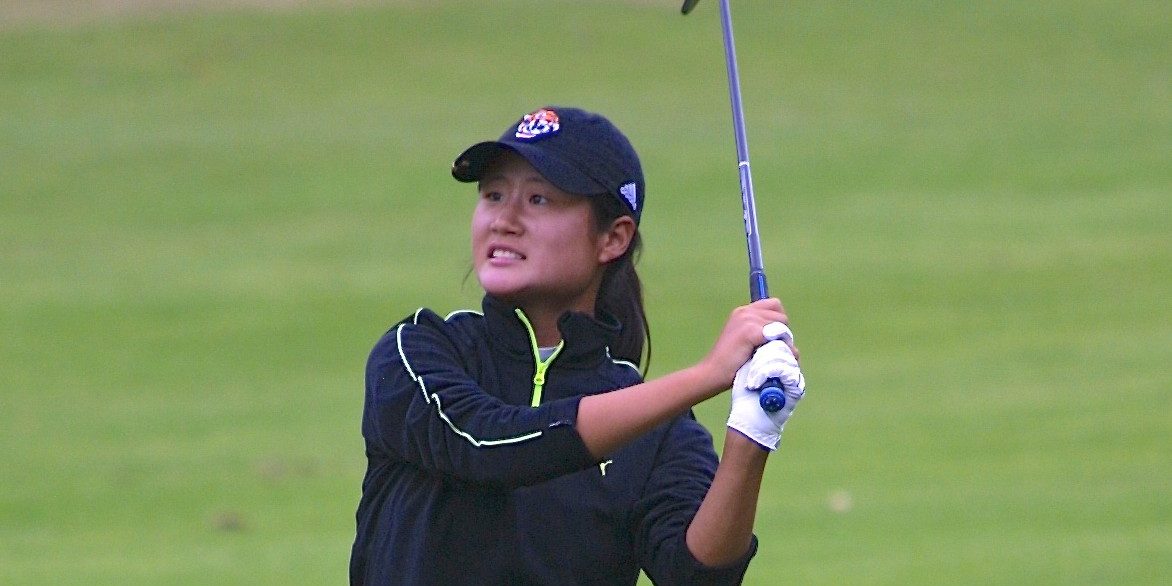 Only a couple months into her sophomore year at Chapel Hill High School, Kim had an October to remember. Early in the month, she verbally committed to Duke’s perennially potent women’s golf program and then she capped it Oct. 27 by rolling to the 3-A individual state championship.

Kim, age 15, never trailed after a center-cut 15-foot birdie putt on the first hole of the 36-hole event at Foxfire Resort’s Red Fox Course. She ended with a six-shot margin over two-time defending champion Siranon Shoomee of Lee County.

It was one of four birdies on the first eight holes and she went on to post 68-71 for a 5-under total despite playing in less-than-ideal conditions both days. Monday’s round was played under cloudy skies and a cool breeze and Tuesday’s round was hampered by intermittent rain.

“That put me in a good spot for the rest of the tournament,” Kim said of her fast start. “It definitely boosted my confidence and gave me motivation to go lower.”

Kim was in a similar position as a freshman, leading after the first round before a combination of Shoomee’s sensational second-round 67 and her struggles on the final nine resulted in a five-shot defeat.

“I didn’t really feel that nervous,” she said. “I tried to focus more on what I needed to do. Last year, I guess I was thinking about the results too much and it started going into my head. I wasn’t as focused as I was this year. That definitely proved to be a good lesson to make sure that didn’t happen again this year. I guess it turned out well.”

Kendall Dobbins, a senior from Northern Guilford and headed to UNC Greensboro, entered the states with high hopes after her 69 the previous week at Greensboro National Golf Club produced the Central Regional championship by two shots over Kim. A couple of disastrous holes during a first-round 79 ended her chances, but she battled back to 72 on day two and finished fourth.

Kim, however, made few mistakes. After she drilled a 27-footer on her eighth hole to go 4-under, she was steady with only one bogey balanced by a birdie in her opening round. It was more of the same on day two – three birdies to more than offset two bogeys.

“She played extremely well and was ready mentally and physically,” said CHHS coach Jim Williams. “Her driving and approach shots were accurate and her putting was very good although I’m sure she feels she left seven or eight  shots out there with her putter. She’s gotten to the point in her development where she hates bogeys as much as anyone.”

Kim, who is ranked in the top 50 nationally and was the Carolinas Golf Association’s junior player of the year in 2014, has already made two trips to the U.S. Junior Championship and advanced to the round of 16 this past July. In mid-October, she competed in the AJGA PING Invitational at Karsten Creek in Oklahoma, where she placed 11th.

She says one of her remaining junior goals is to win an AJGA Invitational.

As far as high school golf, she would like to lead a school team to the state tournament.

“Other tournaments are pretty much invitational, but now I represent a school,” Kim said. “I had a coach and other teammates that were supporting me. It would be great if we could take home a state title as a team.”

As a freshman, Kim was the only player on the Chapel Hill team but she was joined this season by sophomore teammates Anna Crabill and Katherine DeHart.

“There was a nice dynamic on the team,” Williams said. “They knew each other before hand. We had the whole gamut of skill and experience. Gina was very interested in helping them and obviously the other girls look up to her. They are making very good progress.”

Deciding on Duke, Gina said, was a tough decision despite her local connections.

She’s a student of Ed Ibarguen, the general manager and director of golf at Duke University Golf Club, and she practices at Croasdaile Country Club in Durham.

Duke, which recruits internationally, has never had a player from a North Carolina high school in coach Dan Brooks’ 30-year tenure that has produced six national championships. The last Blue Devil from either Carolinas was The Golf Channel’s commentator Kelly Tilghman of North Myrtle Beach, who played there from 1988-91.

Lee County and Fayetteville Terry Sanford, a pair of teams from the Cape Fear Valley Conference, tied for second.

Terry Sanford held a five-shot lead after the first round but slipped from 249 to 267. Senior Marisa Daquil Kawabe led the Bulldogs with 84-85 and tied for 14th individually. Preeya Shah shot 85-88 to share 21st and Carmen Tucker placed 24th with 80-94.

Lee County’s help for Shoomee came from Allyson Von Canon (95-90) and Megan Von Canon (98-88). The Yellow Jackets’ second-round 251 was the low score of the tourney but they were 11 shots back after day one.