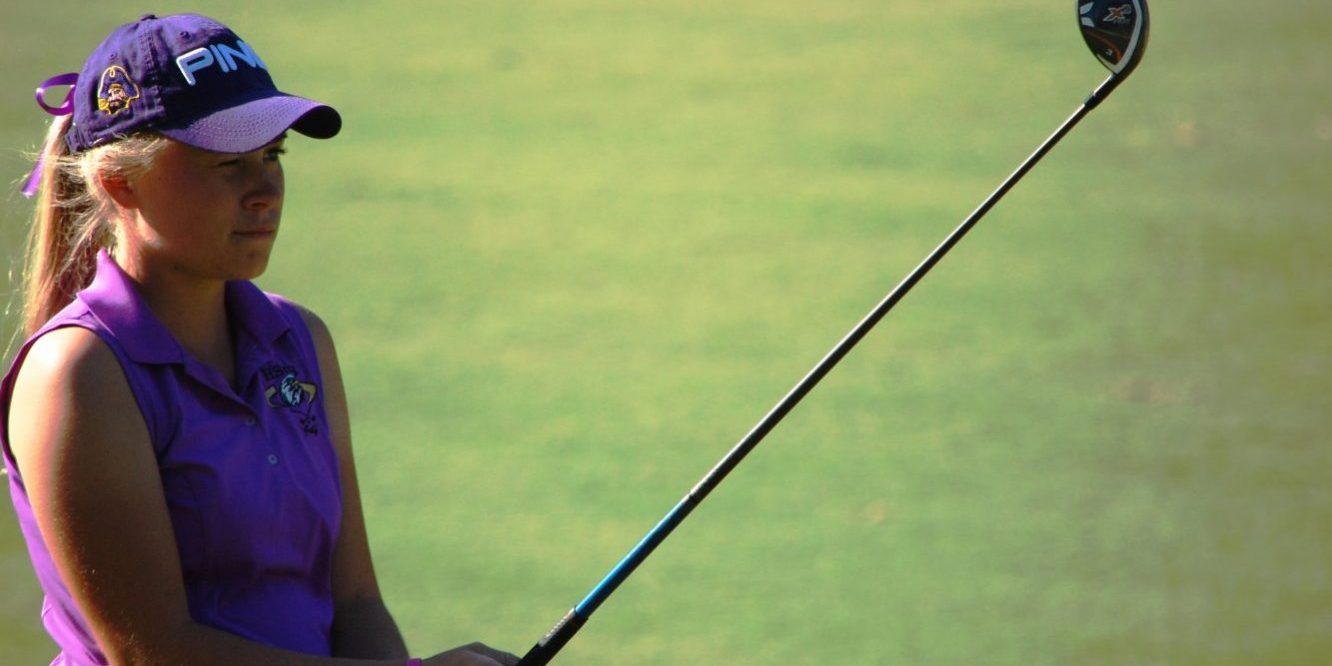 Natalie Petersen was hoping to finish her junior golf career with a flourish.

She was well on her way after winning her first two matches at the North Carolina Junior Girls Championships in June. But when she stepped to the tee for her third match, something felt wrong.

“I pulled out my driver,” Petersen said. “And instead of my shoulder going around, it went forward.”

The Holly Springs High School graduate had dislocated her shoulder. The weeks since have left her on the sidelines, but not without golf in her future.

Petersen will play at Georgia Southern University in the fall.

“My coach (Emily Kuhfeld) was the only one who reached out to me in the recruiting process,” said Petersen, a two-time selection to the North Carolina high school all-state team. “I didn’t know anything about the school.”

The Division I program in Statesboro, Ga., is entering its third year of competition, and Petersen is impressed with what she has seen.

“We have our own golf facility and university course,” she said. “I had never seen anything like that on the visits I had gone on. I could see myself going there. All the standards the golf team holds at Georgia Southern, I just love.”

She has come a long way since she began playing golf at age nine in New Hampshire, trying to keep up with her older brothers on the driving range. After battling the boys for a summer, she decided to enter her first tournament.

Of course, Petersen improved over the years, but she wondered if she would ever be good enough to compete with the older girls she faced at tournaments. That all changed in her sophomore year when she played at the High Point Junior Open Championship.

Soon, she was dialed in to golf. Her days of dabbling in other sports – basketball, tennis, swimming, softball and soccer – came to an end.

“Playing all the other sports was nice for the team aspect, but golf is different because you have to put all the pressure on yourself,” she said. “It can be good and bad, but if you figure out how to manage the pressure – especially going into the last few holes of a tournament – you learn how to deal with the mental stuff.”

She closed out the 2016 season with three wins, proof that her game is on par with the best juniors in the state. Now she can take that confidence to Georgia Southern.

“I have a very competitive drive,” Petersen said. “I will totally walk in with a different mindset.”

Magic Moment: “The very last hole of my last state championship, I was in one of the last groups. All my friends who were playing in the tournament came out and circled the green and cheered me on. I stuck a shot close; I think I had 15 feet to the pin. I walked up and drained it, and everyone went crazy. So I had a birdie on the last hole of my high school career. I got to do it in front of my coach, my mom and dad, and all my friends.”

Goals: “I want to grow the game for juniors. I teach a kids class weekly at Keith Hills and I volunteer for their kids’ academy. For a golf goal, I would like to be an all-American by the time I’m a senior in college. And to win a college tournament would be really cool.”