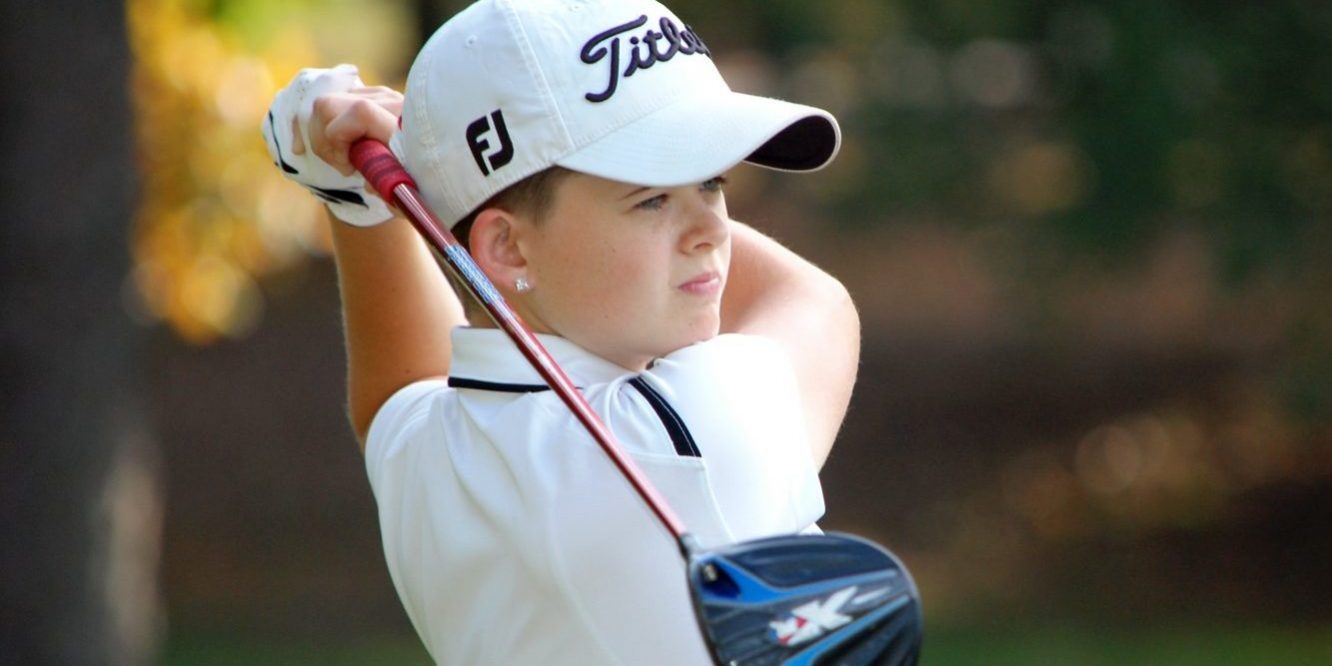 Katharina Floyd has knocked on the door two years in a row with a chance to win the 3-A state golf championship.

But the sophomore from Pittsboro Northwood tied for second place for the second straight year in the tournament held at Foxfire Resort and Golf Club in Jackson Springs.

Floyd shot 73-75 for a 4-over total of 148 to finish three shots behind winner Hailey Joy of Rockingham County. Floyd tied with Kayla Smith of Burlington Williams for the second straight year. Last year, they finished nine shots behind Chapel Hill’s Gina Kim, one of the nation’s top junior players, who did not compete in the high school tournament this year.

Floyd admitted she got ahead of herself on the back nine in the final round.

“I started thinking about the end of the round and winning … and I just fell apart,” she said. “I was playing good until about 13, but I’m happy with the way I finished in the tournament.”

Floyd started the final round four shots behind Joy but she was 2-under for the day after 12 holes and right in contention. However, Floyd played the last six holes in 5-over. The big blow came on the par-5 14th hole when she hit a shot out of bounds and made double bogey.

Northwood coach Jason Amy said about Floyd: “I’m very proud of how she handled herself. I was really impressed with her game and she staying focused throughout the whole two-day ordeal. She understands the game more so than most people do because she has put in a lot of time and effort. She appreciates the game and how it’s played and respects everything about it.”

Floyd competed as an individual, but Amy hopes to have his entire team at next year’s state tournament.

The Chargers won the Big Eight Conference and tournament titles but fell short of qualifying for the state tournament this year.

“I’m proud of the leadership Katharina showed as a young sophomore,” he said. “We had some seniors on the team but she is such a higher level player, she learned how to work with everybody and make everybody better, which as a coach, I respect that.

“We just had a bad day at the regional and they are hungry. They’re ready to get back after it and make it here next year. Katharina is already refocused and thinking about next year, and will not be shortchanged again.”

Floyd is confident of her chances of finally winning that elusive title next year.

“I’m going to come here and win next year,” she predicted.

Kim’s absence opened the door for a new champion this year. She had won the 3-A title two years in a row. Her coach, Ed Ibarguen, the director of golf at Duke University Golf Club, said Kim decided to take off the high school season because of the busy summer schedule she played. She competed in AJGA tournaments, the Junior Ryder Cup and even qualified for an LPGA tournament.

“Her summer schedule was insane,” he said. “Coming into the high school season, she was tired. Her parents and I discussed if she was going to be able to do her school work and still play golf. We and Gina decided she should not play high school golf.

“If you play on a team, you have to show up for practice, not just matches. That’s a lot of time that could be spent doing homework. It’s a delicate balancing act.”

Kim, a senior at Chapel Hill, has committed to play college golf at Duke. It was a difficult decision for Kim because her coach is at Duke but her parents are professors at the University of North Carolina.

“I think the deciding factor was Duke’s women’s team is more competitive in challenging for national championships,” Ibarguen said. “It was a tough decision for Gina because she was recruited by all the West Coast schools … and Duke, Carolina and Wake Forest. She loved the academics at Wake and Duke and I think she wanted to stay locally.”