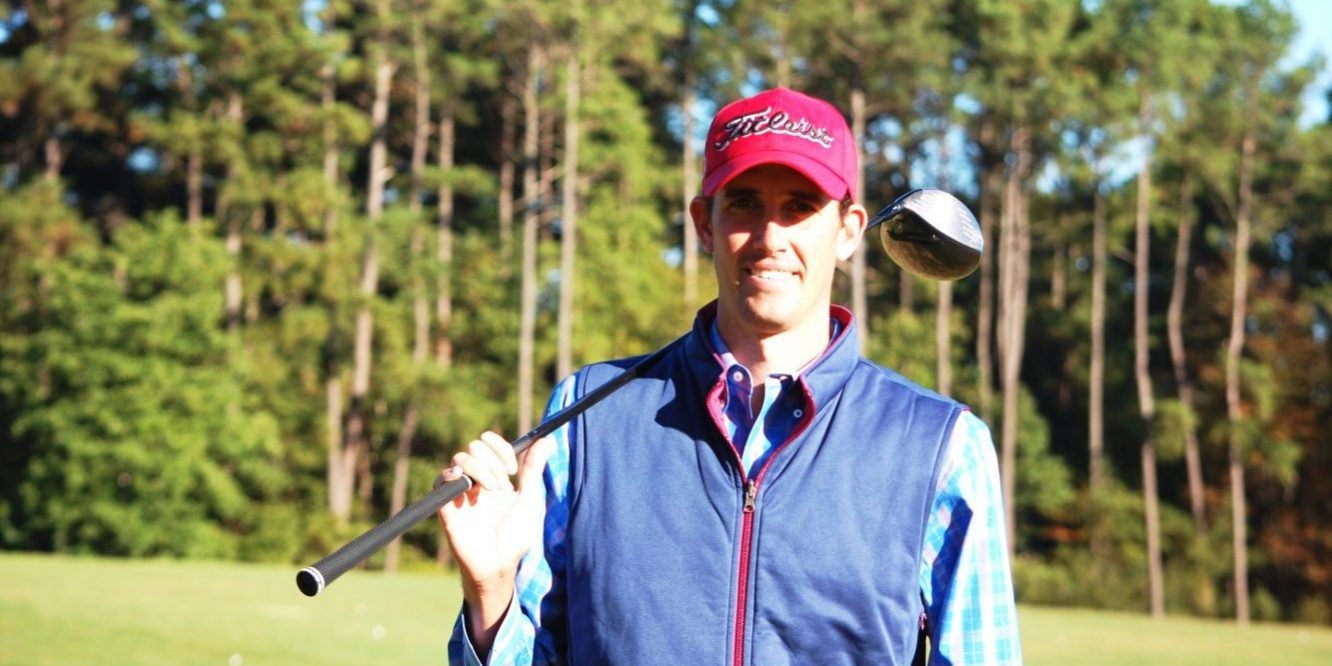 With the snap of his fingers – his trademark celebration after a birdie — Chesson Hadley is back on the PGA Tour.

If it was only that easy for the former Raleigh prep star and 2010 Atlantic Coast Conference champion.

The 6-foot-4 Hadley seemingly had it all after winning PGA Tour Rookie of the Year honors in 2014, having won the Puerto Rico Open along with $1.7 million in earnings.

Then the rising star from North Raleigh Christian Academy suddenly became a shooting star. By 2016, Hadley missed 14 of 27 cuts on Tour and had lost his card. With a stellar all-around game, Hadley’s numbers were abysmal. He fell to 147th in driving accuracy, 156th in greens in regulation and 168th in scoring average.

It was back to the minors – the Web.com Tour – to try to recapture his game, and his confidence.

“I completely deserved to lose my card — there was no question about that,” the 30-year-old Hadley said in an interview with Triangle Golf Today. “If you play poorly for long enough you start wondering … even though previous history would tell you different. It’s just natural for you to think that way, and I certainly did. I thought to myself, ‘Man, am I ever going to make it back to the Tour?’ It’s human nature to think that way.”

Hadley admits he was in a dark place, despite his deep religious roots.

“It’s embarrassing, it’s on display for the whole world to see,” Hadley said. “Everybody knows what you’re doing, everybody knows how much money you make. It’s not awesome, I can promise you that. It’s everything that you think it would be. It’s horrible.

“As a Christian you try and rely on God. And I had to tell myself that God wasn’t doing this to me, or that he didn’t have his thumb on me, suppressing my golf game, it’s not like that at all. I have free will; I had the ability to do or not to do. It’s certainly easier said than done staying faithful (to God) during those times. There are times that you get mad at God and question God and ask ‘what’s going on.’ I certainly maintained my belief in God during those times, even though it was tough.”

Hadley had the support of his wife Amanda and Georgia Tech golf coach Bruce Heppler, who Hadley called early last season when he missed three of his first five cuts on the Web.com Tour to start the 2017 season.

“We had a very honest conversation,” Hadley said. “We talked about getting back with my old swing coach and just an attitude change. Coach Heppler is very honest and he’s going to tell you where you stand. I really respect that in coach. He’s crazy like me and over the top sometimes, but I really respect coach and enjoy his wisdom.”

“Whether my guys like it or not I watch them from afar and he has always fought overdrawing the ball, and that’s a tendency that’s not ideal,” Heppler said. “I really don’t want to interject because it’s really none of my business but Chesson called me and said, ‘Coach, I think I might be done. I have just lost my love for the game and I’m not having any fun.’ I said, ‘No, you have not lost the love for the game, you are just tired of hitting the ball left.’ Since he called me I was going to say what I wanted to say. I said, ‘Why don’t you come back to town (Atlanta) and let’s just see what’s going on and let’s have a chat.”

Hadley hung the phone up and contacted his old swing coach – Jeff Paton. The two began to go to work.

“We started to piece it back together again,” Hadley said. “Mechanically, you can fix things like that. Yes, it might take a tournament or two, or a month to get to where you start playing good golf again, but you can’t be at your best mechanically unless you are at your best mentally. So, it took me probably four months to get my mind right. Confidence can come and go quickly, but when it has been gone for awhile it’s not going to come back overnight – period. But I hung in there and I figured it out.”

Hadley more than figured it out. He won twice, finished second twice and third once from June through late September on the Web.com Tour to capture the tour’s top ranking and earn his way back to where he feels he belongs – on the PGA Tour.

“It’s better than the first time,” Hadley said. “I am a much wiser man now. I would like to think I’m more seasoned and I’m less inclined to panic or freak out and handle these situations that we’re going to get in. The nice thing is I don’t have to re-learn anything this time. When you get on Tour it’s a learning curve and it’s hard. You have to learn these courses, and you’re trying to beat guys who have played these courses for 12 years and your back is against the wall. I bet the turnover rate of rookies on Tour is 70-80 percent. It’s just the nature of the beast. It has been a great ride and I’m certainly not going to take it for granted.”

Hadley is emotional on the course, and admits he was trying to change that aspect of his personality during his struggles. That was likely the wrong path to take.

“While you’re on the golf course you have to be your own best friend, you have to be confident and believe in yourself,” Hadley said. “You have to be nice to yourself. Everybody who plays golf knows how hard it is; you can’t be perfect. You need to relax.”

So where did the finger snap come from?

“I used to chew tobacco, so you need to pack the tobacco and that’s kind of how you do it,” Hadley said.

Hadley’s return to the PGA Tour has been nothing short of spectacular. He finished second and tied for third in his two October events to capture more than $800,000. That’s a nice start to the season.

It was like he had never left when Hadley stepped on the tee at Napa for his first round on the PGA Tour in early October.

“I thought I would be really, really nervous but you get there and it’s just another golf tournament,” he said.

“I’m in a very unique position and I understand that,” Hadley said. “If you play well you have the ability to make a lot of money. That comes with a lot of responsibility, so I take that seriously. I have a pretty cool lifestyle and job, but it’s all relative. It’s not rainbows and butterflies all the time.”

“All we asked Chesson to do was go back to who he was in college,” added Heppler. “His game was good enough in college, it was good enough to get him out there on Tour, he just had to be better at what he does. I tease him all the time about the Lion King and to remember who he is, remind himself that he is the king. He just needed to be reminded the way he did it and to remember that, that he could conquer anything just being Chesson.”