Ryan Gerard moves to the top ranks of junior golfers 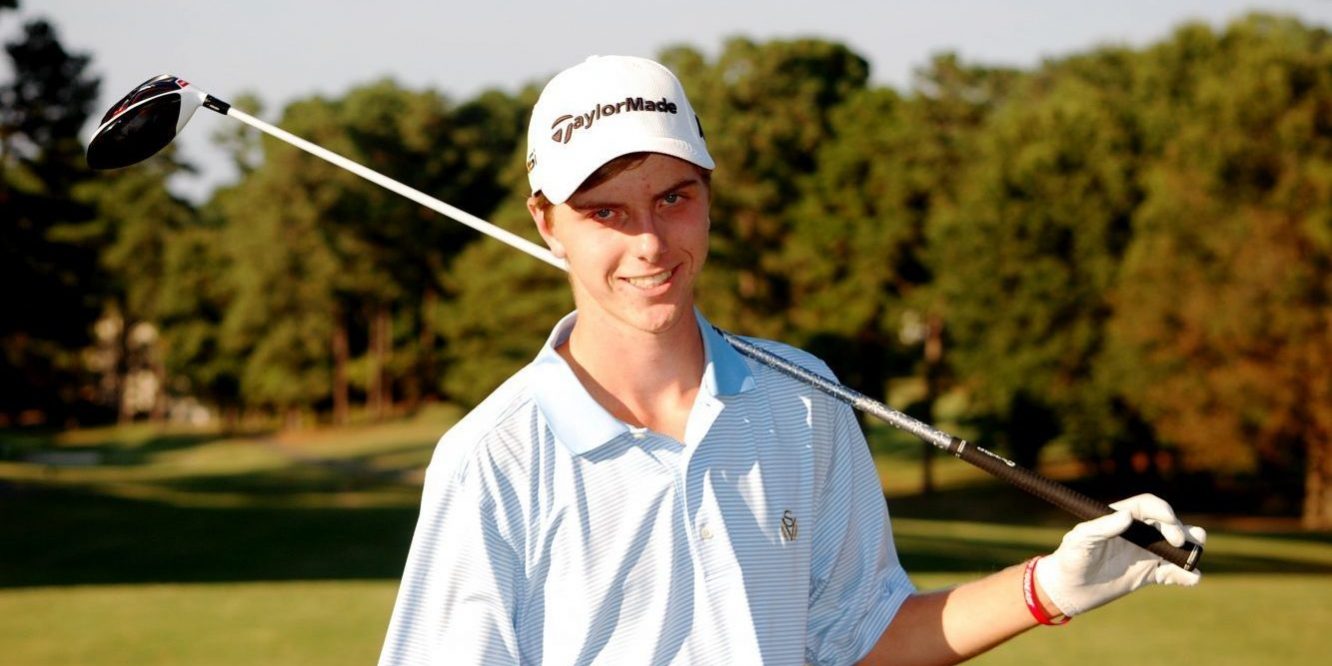 His father, Bob, tells the story of how Ryan, not yet 2 years old, used to tool around the practice green with a toddler-size putter at Wildwood Green Golf Club. Ryan would putt for a while, and then watch the golfers tee off on the nearby 10th hole. Intrigued by the big swings, Ryan would wait for his dad to turn his back, and then whack the ball down the 10th fairway with his putter.

A few months later, he got a starter set – a driver, 7-iron and putter – and he has never looked back.

“I have always loved it,” Gerard said. “I think I’m addicted to it. I always wanted to go practice and play. When I started playing tournaments, it was always, ‘When can I play the next tournament?’ I just had a passion for it.”

Gerard is now a senior at Ravenscroft School in North Raleigh, and he has risen through the junior golf ranks to become one of the top golfers in the country. He made a verbal commitment to play golf at the University of North Carolina more than a year ago, and he plans to officially commit during the early signing period in November.

In the meantime, he’s balancing his high school work with his golf commitments. He had to cut out early from the first week of his senior year to play in the Junior Players Championship at TPC Sawgrass in Ponte Vedra Beach, Fla.

“The biggest key is talking to all (the teachers) well ahead of time before you leave,” said Gerard, who tied for 14th in the event. “You want to get ahead and keep checking in with them. Making up tests isn’t too bad. You can usually find a time after school or during lunch or study hall.”

Heading into September, Gerard was No. 16 nationally in the Polo Junior Golf rankings, thanks to a breakthrough season last year. He won the 2015 Midwest Junior Players Championship in July and the more prestigious Polo Golf Junior Classic in November — both American Junior Golf Association events.

This year, Gerard struggled with his game early in the summer before taking fifth place at the Junior PGA Championship in Rhode Island. Despite the strong finish in the tournament Gerard felt some disappointment.

“It was kind of cool, but in the moment I was mad,” he said. “The top two in that event got into the Junior Ryder Cup. I was hoping to get into that since last November. I missed a 10-footer for birdie on 16, and then the killer was a three-putt from 8 feet on 17. Then, I barely missed a chip-in on 18.”

Gerard’s 72-hole total of 278 was two strokes out of second place. And while missing the Junior Ryder Cup may seem less significant than the top-5 finish in a national tournament, that’s not how Gerard looks at things.

“I always felt goals have to be things you can achieve, but if you want to be the best, you’ve got to set your goals higher than everyone else,” he said.

That explains his outlook on the years ahead.

“I’ve always wanted to play on the PGA Tour, be the No. 1-ranked player in the world and win 19 majors,” he said. “That would be the biggest goal of mine. It has always been building to that end goal. College is a great stepping stone. I definitely want to stay all four years and get my education in case I have to fall back on it. That’s why Carolina is such a great place to go. It’s such a great education.”

Few know Gerard’s game better than golf instructor Chase Duncan, who Ryan credits for helping him develop his game from the age of 11. Duncan believes his student has some of the necessary attributes to back up his lofty aspirations.

“Ryan is one of the most focused and poised junior golfers I have ever worked with,” said Duncan, the director of instruction at Lonnie Poole Golf Course. “He embodies genuine confidence and has 100 percent belief in where he is going. For those reasons, I would never bet against his chances to succeed at the professional level.”

While his dreams are lofty, his game is rooted in common sense. With a lean frame, he knows he can’t win a long-driving contest with every crusher who steps into the tee box.

“I hit it about 300 (off the tee) and that’s long enough, but I definitely take pride in my short game,” said Gerard, noting his father taught him how to play the game from the green out. “Anything inside of 100 yards I expect to get up-and-down. I feel like I can make up ground on the longer hitters. That’s how you gain shots on the field.”

Before he heads off to college, Gerard would like to help his Ravenscroft golf team win its first state championship since 2009. He has played varsity since 7th grade, learning all the while how to grow from the experience.

“It was a building block,” he said. “I had some good mentors on the team. We were playing really long golf courses. It was a really big step in my golf maturity process, learning to play with older kids.”

Competing around the country as a teenage golf star is heady experience, one that Gerard does not take for granted. He is quick to share credit with people like Roger and Chip Watson, who operate Wildwood Green with a kid-friendly culture that supports junior golfers.

And of course, Ryan’s parents deserve plenty of kudos, dating back to the days of the pint-sized putter.

“It’s hard to put into words,” he said. “My parents have sacrificed so much for me to give me these opportunities. I’m just so thankful for that. Just to be able to play and get better. Getting lessons and playing tournaments are instrumental in that. I wouldn’t be the player I am today without their help.”