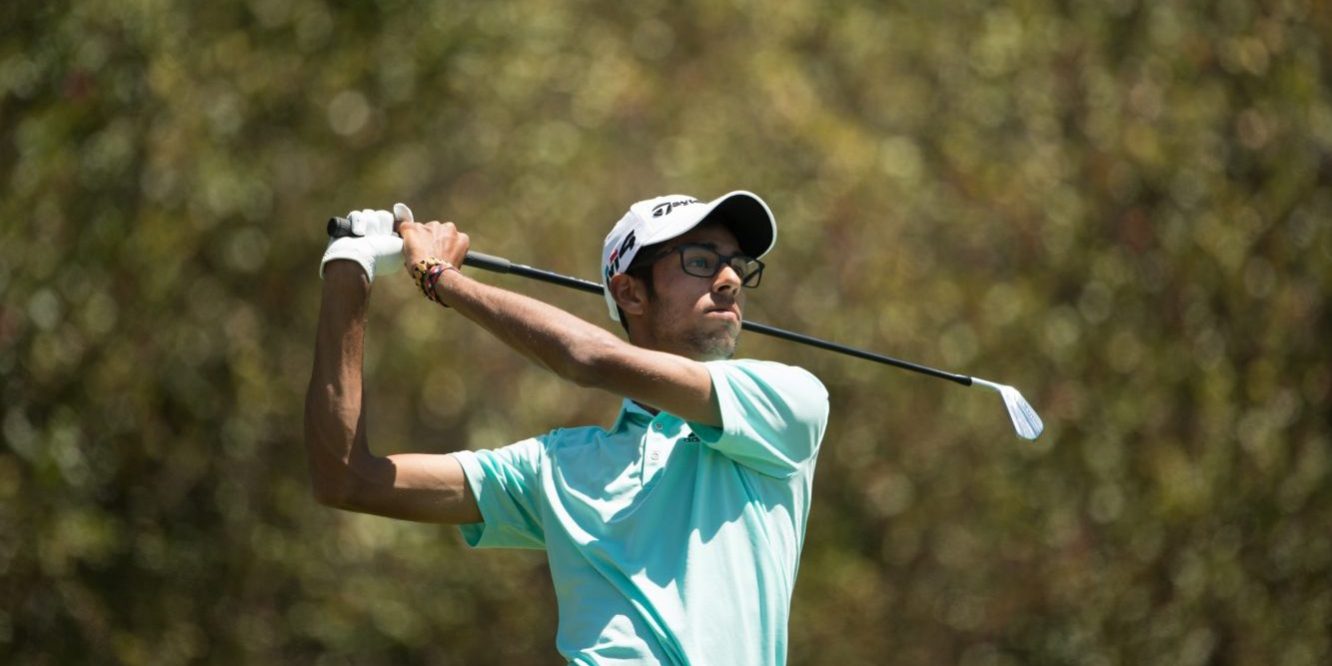 Akshay Bhatia wasn’t at his best when he won the prestigious Junior Invitational in April, but he took another step in his development as one of the top junior golfers in the United States.

Bhatia overcame seven bogeys for a third-round 76, good for a one-stroke victory at Sage Valley Golf Club in Graniteville, S.C.

“I played 2 ½ really solid rounds of golf,” said Bhatia, who is ranked sixth in the American Junior Golf Association. “To come out on top in that type of event is pretty awesome.”

The Wake Forest, N.C., sophomore shot 68-70 in the first two rounds before losing his grip on a four-stroke lead. Sweden’s Ludvig Aberg drew even on the back nine, but Bhatia had birdies on the 13th and 14th hole to take command.

“I felt good going into the round, it’s just those final-round jitters that happen,” he said. “I’ve been in that position a couple times. I’ve learned from it, but it’s still something I need to overcome.”

Managing the physical and emotional stress of the game is all part of the learning curve in tournament play. Bhatia once hit a wedge from 115 yards, only to have it sail 130 yards.

“You’re so pumped to hit your next golf shot. It’s ridiculous how much that factors into the game, or any sport really. Breathing is a big part of that. When you’re under pressure, your muscles tense up. It’s hard to explain. I haven’t really figured the way for me to overcome that situation. It’s always going to be there.”

He may get another test soon, this time in international play. Bhatia currently ranks first in points in the official standings for the U.S. Junior Ryder Cup team. He has nearly twice as many qualifying points as his nearest challenger.

The 11th Junior Ryder Cup will be contested between the U.S. and Europe at Disneyland Paris, Sept. 24-25. The American team has won the past six events in the biennial competition.

“Going to France, I’ve never gone outside the country, so that would be cool,” he said. “My family coming would be awesome. Just to represent the USA like I did for the Junior President’s Cup (last September) would be something awesome to remember.”

Travelling abroad would be even better if the Junior Ryder Cup team included his close friend Grayson Wotnosky, who currently ranks fourth in the Junior Ryder Cup standings. The two are constant companions on the golf course, whether meeting up to practice, or playing together in U.S. Amateur Four-Ball Championship, as they did last May.

“We’re texting each other, ‘When are you going to the golf course?’ every day,” he said. “We’re able to play every single day. It’s fun to have people to practice with because golf is definitely a very lonely sport.”

As elite junior golfers, Bhatia and Wotnosky, a junior, could be rivals as easily as friends. But so far, they only bring out the best in each other.

“I don’t think we have a friendly rivalry,” Bhatia said. “If he wins or I win, it doesn’t matter. We’re both happy for each other. We’re always pushing each other to become better golfers and that’s all you want.

“It’s always nice to have competition right next to you, five minutes away. His family is some of the nicest people you will ever meet. It’s a friendship that’s going to last a long time.”

Bhatia, a 16-year-old left-hander, has already racked up some memorable accomplishments. Last August, he won the Boys Junior PGA Championship near St. Louis, setting the tournament’s 18-hole record with a 61 in the second round and breaking the 72-hole scoring record with a 22-under 66. With wins on the national stage already under his belt, Bhatia is setting new goals.

“The Junior Invitational set the bar high for me,” he said. “That’s a cool thing to look at. But I’m going to step my game up to amateur golf, so we will see how I rank with those guys. It’s just month-by-month to see how much I’m progressing, seeing what I need to do to get better every day.”

Bhatia, who is home-schooled, will begin to draw more serious attention from college coaches as he moves toward his junior year. College golf has been on his radar in recent years, but if his game is good enough, he might bypass the conventional route.

“It depends,” he said. “If I can get good enough to forego college and go straight pro, that’s always an option, but we’ll see. I’ve still got two or three years to look at that.”

In the meantime, he can tackle details like managing the adrenaline rush when a tournament is on the line. He can take that challenge to a new level if he earns a berth in the Junior Ryder cup in France.

“Hopefully, in a couple years, I’ll be able to be in the actual Ryder Cup,” he says. “That would be pretty nice.”