Another Ross renovation under way in North Carolina Sandhills 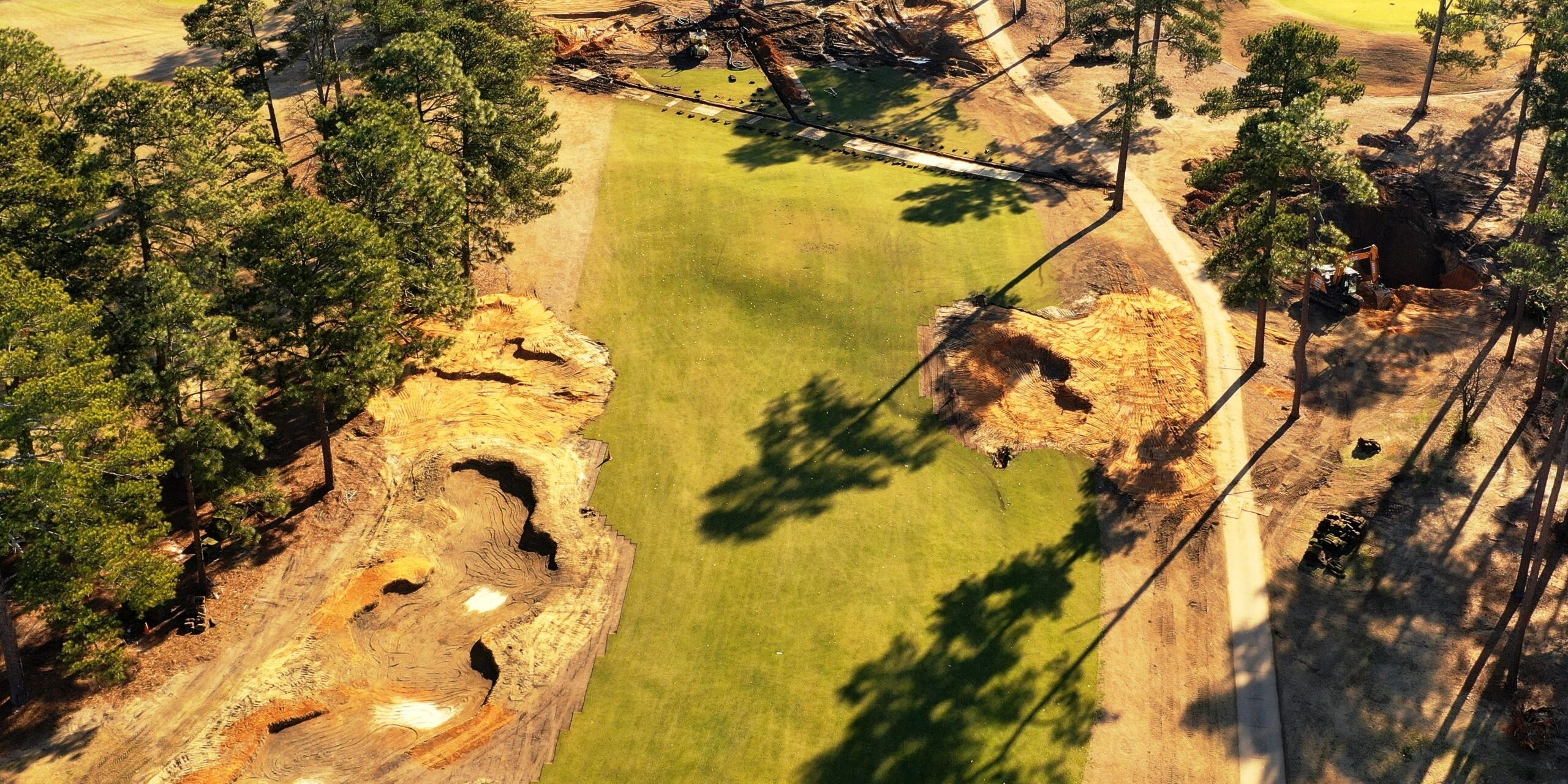 With no new golf course construction across North Carolina since 2016, those of us who like “fresh experiences” have been relegated to playing restorations, renovations or the re-imagining of some of the state’s top layouts in recent years, including Tanglewood, Raleigh Country Club, Jefferson Landing and Pine Needles Resort.

The latest project of note was announced early last year and is now under way at the Southern Pines Golf Club, a Donald Ross design that was operational as an 18-hole course starting in 1923. The Elks Club had owned the golf course for seven decades before it was purchased in 2020 by the Pine Needles/Mid Pines management firm run by company president Kelly Miller.

Miller had tapped rising architectural star Kyle Franz to renovate Mid Pines and Pine Needles – also both classic Ross layouts two miles away as the crow flies – within the past decade before hiring him a third time to tackle the Southern Pines project.

Franz recently completed a remarkable remake of Raleigh County Club – the final design of Ross — and then quickly pivoted south to the Sandhills, where he began work at the Southern Pines Golf Club in mid December.

Miller and Franz wanted some immediate buzz, so Franz began applying his touches on holes 1, 2, 17 and 18 to give those arriving at the course a dramatic first impression.

“It is stunningly good; it has exceeded my expectations,” added Miller. “I wanted to start out with new holes close to the clubhouse to let people see it, and then we’ll kind of work our way back into the golf course.”

Franz noted that Ross had a particular style during the late teens and early 1920s that included large, sweeping bunkers and waste areas crossing fairways that he called “jumps” to add challenge, shot value and risk-reward opportunities for every level of golfer. He also placed “islands” in bunkers.

“His work during that time period was a little wilder, a little more rambunctious,” Franz said. “He was very aggressive with the overall concepts of the holes. Ross had more jumps between shots, not severe things like the ninth hole on Pinehurst Course No. 4, but sandy, hard-pan areas that break  up the holes a little bit to make things a little more spicy. That’s really the style I have wanted to do here for 10 years. If you look at a map of all the Pinehurst courses in 1918 half of the holes would have these sandy carries. I’m not going to do that many because I don’t want to scare everybody away, but by 1923 Ross had anywhere between 3-6 of them on a golf course and that’s kind of what I’m centering in on here.”

The bunkering will be dramatic right from the first tee, where Franz has restored a series of large bunkers down the right side of the fairway, added a sandy waste area on the left, along with additional sand near the green. It’s a dramatic opening downhill hole, while the closing hole that runs parallel to the first hole will see a large false front added to the green and massive cascading bunkers.

“I’ve always said restoration architecture is part archeology and part architecture,” Franz said. “You try to put yourself in the position of someone like Donald Ross as best you can and try to figure out what he was trying to accomplish. A prime example is here. We do the best we can to plan it out, but a lot of it is we find our way and back into it. Look at No. 1, these two bunkers on the right were missing off the tee as were the bunkers behind them down by the green Now, from the tee box it looks really, really narrow, it looks like there is almost no fairway out there, but the fairway is actually 70 yards wide in the middle. That’s what Ross was trying to accomplish, that’s why he put those bunkers there and the next set of bunkers where he did. It’s visual intimidation off the tee when in reality it’s a really gentle space down there.”

The course will be closed at some point this summer, likely in June or July, to redo the greens, with an expected completion date of Sept. 1.

In addition to the added bunkering, new greens and colorful native grasses throughout the course, golfers will experience a more open layout with a robust amount of trees removed across the property.

“It has basically had 100 years of nothing being done in terms of trees so with any course it will grow over,” Miller said. “Now it will be pretty cool to see through some of the areas.”

Some length will also be added, with the most noticeable coming early in your round at the second, where the back tees will play 75 yards longer than its present layout.

With the touches of Franz, Southern Pines Golf Club is setting up as a premium course in the Sandhills after being sort of an afterthought to some to the more prestigious and publicized courses across the Home of American Golf.

Miller says he’s still working through a pricing structure in his mind.

“Southern Pines has always been an affordable golf course. That always rings in my ears so I do want to keep it affordable, but more so for the locals than somebody coming from outside the area,” Miller said. “With purchasing it and then investing significantly in it with the renovation the rates are going to have to go up. But maybe not unlike the Old Course in Scotland in that it’s affordable if you live right there and not so much if you don’t to where you’ll be paying 300 pounds. I’m looking at that model.”