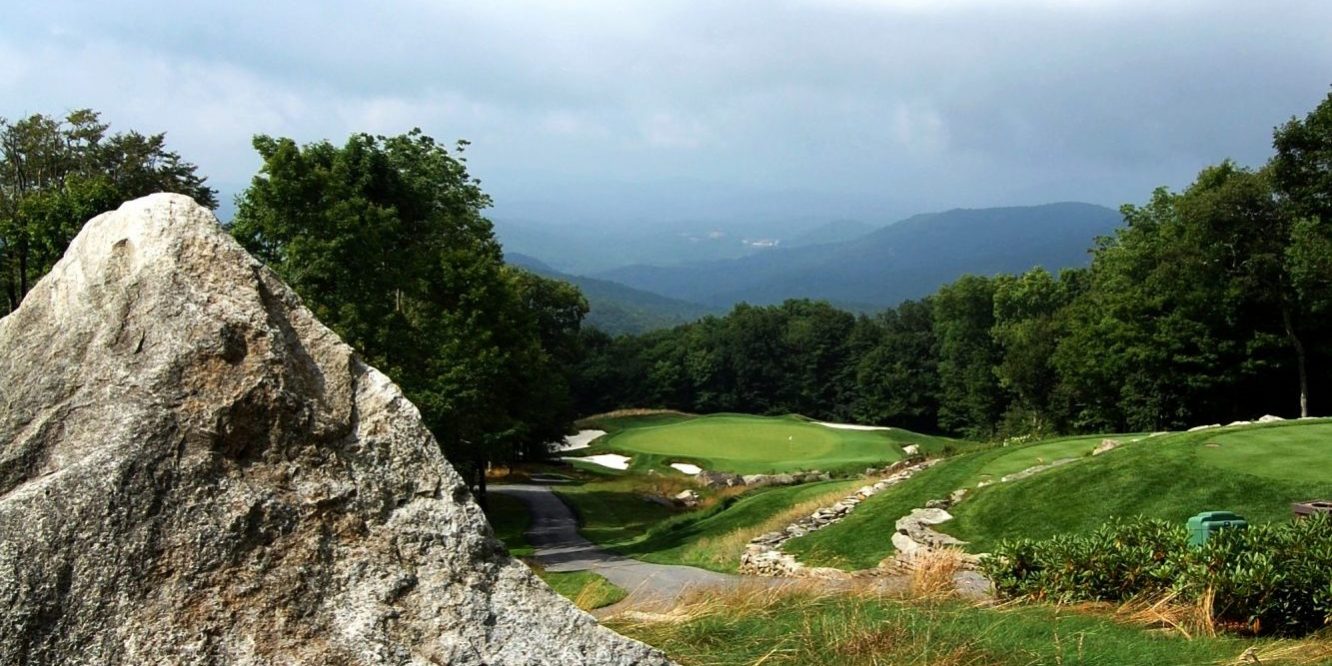 The owner of Linville Ridge Country Club talked to anyone who would listen about the great job architect George Cobb had done in creating the 16th hole, a dramatic par-3 that showcases an elevation drop equivalent to an 11-story building and a 50-mile view of the glorious Blue Ridge Mountains off in the distance.

One day Cobb interrupted the owner, saying “I can’t take all the credit; I have to credit God for this.” Cobb then hesitated for a second or two before saying “but we worked closely with him.”

Cobb’s sense of humor, among many other talents, served the golf course architect well over a magnificent career, which saw him design or revamp more than 200 courses, many in the Carolinas, earning him induction into the Carolinas Golf Hall of Fame Class of 2019.

Cobb passed away in 1986, but most of his golf architectural works live on, capturing the imagination of millions upon millions of golfers since his career began in 1945 with the first golf course at Camp Lejeune. He joins other such architectural legends such as Donald Ross, Tom Fazio and Ellis Maples in the Carolinas Golf Hall of Fame.

Cobb, a World War II Marine, would go on to design numerous other military courses, as well as maybe his most famous work – The Par 3 Course at Augusta National.

“Mr. Cobb used to say the Par 3 Course at Augusta National was his best golf course when critics would ask him about his favorite design,” said John LaFoy, who as a teenager was best friends with Cobb’s son and would later go on to team up with the elder Cobb on golf course design work. “He was proud of working at Augusta National but he also knew it would not offend any of the other clients he had ever worked for. I’ve always thought that was a good answer.”

Despite growing up in Savannah, Ga., a majority of Cobb’s designs stretch from the coast to the mountains of both the Carolinas. “My father was a Georgia native but a Carolinian by choice,” Cobb Jr. said.

“Dad always thought that the design of his first two Hilton Head courses was the main reason for the continued success and overall popularity of the region,” Cobb Jr. said. “If those inaugural courses – The Ocean and Sea Marsh at Sea Pines – had turned out to be mediocre maybe Hilton Head wouldn’t be the popular destination it is today.”

Cobb’s designs serviced a diverse section of the nation’s golfers, from those on the Armed Forces who have played on his military designs to students at colleges in North Carolina, Maryland and New York.

“I can only imagine how many University of North Carolina students have played Finley Golf Course while they should have been studying,” Cobb Jr. said.

“I learned so much from watching what he did and just being around him,” LaFoy says. “One of the biggest things I learned was his interaction with clients. He was such a personable guy, had a good sense of humor and he just knew how to not only treat clients but he knew how to get new work. I tell people this all the time that the only criteria of becoming a golf course architect is to get somebody to hire you.

“He was able to do that. He just had a way with clients. He was old school. He knew as much about golf architecture as he did course construction, which is really, really important.”

LaFoy laughs about one encounter he and Cobb had with a golf course owner, who had been divorced six times. There was a slight disagreement over a portion of the course construction and the owner told Cobb, “You know George, I can divorce you, too.” Cobb, like he had done so many times in his four-decade career, smoothed it over and rolled on to complete yet another golfing masterpiece.

“Mr. Cobb never disagreed with his clients, but he was firm when he felt they were not right,” LaFoy said. “I learned another great lesson from Mr. Cobb that I still use today. He was always extremely fair to the golf course contractors. Even though he was working for the course owner Mr. Cobb new how hard a job golf course contractors have. He was tough on them but always fair.”

Golf course architecture is a unique blend of artistic ability, science and engineering – a combination of several different diverse disciplines, all of which Cobb had an abundance of.

“Mr. Cobb was so very gifted artistically; everything he did just kind of meshed together,” LaFoy says.