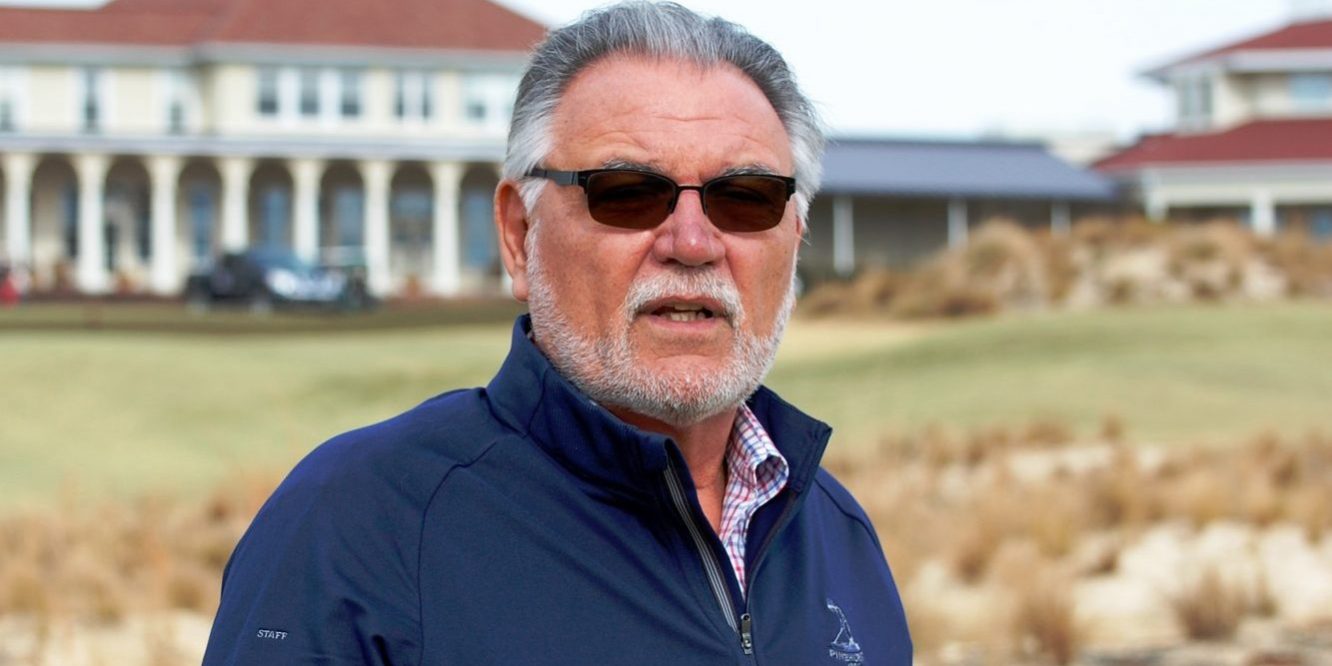 Bob Farren has never won a championship, never hoisted a trophy for a global photo op or sank a clutch putt for hundreds of thousands of dollars. In fact, many causal golfers may have never even heard of his name, let alone know his title at one of golf’s most glorious venues.

In one form or another for 37 years Farren has been the steward of the resort’s agronomy program and USGA golf championships, beginning as an assistant superintendent on courses No. 1 and 4 in the early 1980s to his current position for a decade as of director of golf course maintenance, earning him induction into the Carolinas Golf Hall of Fame in 2019.

“I say this tongue-and-cheek but to a certain extent it is true that my department at Pinehurst Resort is responsible for everything green but the money, pretty much everything that grows and flows, everything from a tree falling on a green to our nutrition programs,” Farren says.

Farren, 61, has worked on eight USGA Championships at Pinehurst, including three U.S. Opens and the U.S. Women’s Open. In 2014, the men’s and women’s Opens were played on consecutive weeks on Pinehurst No. 2 – a first in golf history, and a huge accomplishment in the field of agronomy. Farren was honored with the President’s Award for Environmental Stewardship from the Golf Course Superintendents of America in 2007 and Golf Digest magazine’s Green Star Award for outstanding environmental practices in 2014.

Farren grew up the son of a greenskeeper in rural West Virginia, the golf course a half mile from his house. He graduated from Marshall University in 1979 and found his way to the Tar Heel State.

Farren’s expertise in balancing the science and “feel” of modern-day golf course agronomy is key, but his big-picture outlook at such a massive resort like Pinehurst is also a major component to his success.

“It is never all perfect. It is interesting, and that drives me,” Farren says. “You can kind of put people in my profession into silos. Some want to work at a championship venue and not all are fortunate enough to be able to do that; some want to work at a really high-end private club and not to be bothered with championship noise and some want to work at a public venue. Some, especially in the early 1970s and 1980s, wanted to build a golf course, and then move on and do another one. I have been very fortunate and blessed to be here and do all of that and not have to move my family around, relocate and have to keep establishing different relationships in different communities. And I’ve been able to execute major championships at the highest level and construction as well.”

More recently at the resort, Farren has been credited with helping bring the Thistle Dhu putting course and The Cradle par-3 short course to life. He also worked alongside Bill Coore and Ben Crenshaw during the restoration of Pinehurst No. 2, and with Gil Hanse this past year on redo of Course No. 4. He also helped legendary architect Tom Fazio clear the land for Pinehurst No. 8 more than two decades ago.

Farren has been committed to minimizing over-seeding through the cooler months while investing in efficient turfgrass cultivars that reduce the use of water and nutrients over the long term of the golf courses at Pinehurst.

“And through Bob’s vision, the Pinehurst Resort property continues to serve as a turfgrass testing site to the benefit of all golf courses globally,” says Mike Davis, the CEO of the USGA. “We can only continue to watch and see what comes next from his greenhouse and committed staff.”

Farren laughs when asked about golfers mostly noticing when a golf course is in need of some TLC and taking for granted when conditions are pristine.

“I guess I really haven’t known it any differently,” Farren says. “It’s acceptable to me because I’ve been doing it for 40 years. But I do have an appreciation for and I acknowledge how course conditions affect the golf shop people. I get it, I understand what we do, and they are the ones that hear it from members or resort guests if it’s bad. I can see that connection and acknowledge that. What we enjoy as a staff when we leave at the end of the day is we have tangible results, regardless of what it may be. And it changes every day, sometimes we never know from one day to the next what we may be faced with. This past summer was an example with storms and hurricanes, and in the winter ice storms.”

Fellow inductee Jim Hyler has had the pleasure of working alongside Farren during several USGA championships at the resort.

“I think the world of Bob and am so honored to be in the same Hall of Fame class as he is,” Hyler says. “You talk about salt of the earth; that is Bob. He is a humble guy and he is very knowledgeable and is an incredible golf course guy. He’s a can-do guy; a what do we need to do to get this right type of guy. I just have the utmost respect for him in every way – just a high character guy, high integrity and the consummate professional.”

Maybe the biggest compliment came from Coore and Crenshaw.

“We learned a great deal from Bob, and he has been such an important and integral part of protecting and nurturing Pinehurst’s legacy,” the two architects said.