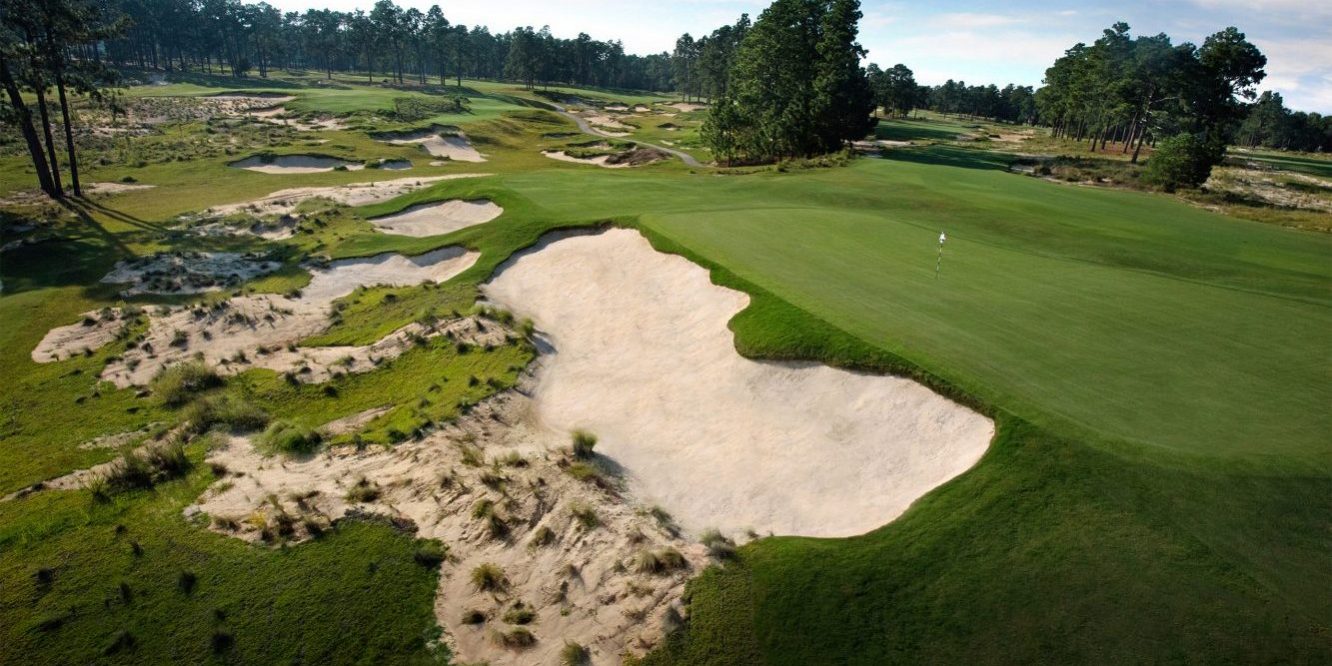 Just how popular has Pinehurst No. 4 become in just a few weeks since reopening under the design of red-hot golf course architect Gil Hanse? Well, in November and December, the course was sold out 23 days … and filling up quickly as word of the “new” Pinehurst Resort layout spreads across the international golfing community.

Hanse, who also recently created The Cradle short course at the resort, was the fifth famous architect to massage the land where No. 4 sits. The others included Donald Ross, whose work dates to the original 1919 design, Robert Trent Jones, Rees Jones and Tom Fazio.

“I am not going to make a big deal about it,” Hanse said. “I appreciate that the resort feels it’s a good thing to have my name associated with No. 4. One of our guys brought me a ball maker from in the pro shop and it had all 10 courses on there and to see my name alongside Donald Ross and Tom Fazio and Rees Jones – the best modern architects and certainly Ross from a classical standpoint – I would be lying if I didn’t say it really touched me. I am getting emotional right now talking about it. It’s a really cool thing that I will always treasure.”

Hanse took No. 4 to a bigger and bolder look, creating sweeping sandy areas that look ultra intimidating from the tee box, but wide fairways offset the potential hazards that await golfers.

“Even Ross declared that (the No. 4 land) was one of the best sites at Pinehurst, some really nice elevation changes and it’s great scale-wise,” Hanse said. “There is no better validation than that.”

The Philadelphia native spent last winter in the house where Ross once lived on Pinehurst No. 2, spending hundreds of hours himself bulldozing his way around No. 4, listening to the Grateful Dead or Dave Matthews.

“The fact that we were able to live in Pinehurst for four months made me be on site more often than I am on other projects, but it’s a standard we like to set and it’s the fun part of the job … and I don’t like to miss out on the fun,” he said.

The series of par-3s Hanse and partner Jim Wagner designed are arguably the best this side of Pinehurst No. 2. And a massive cross bunker on the ninth hole – 100 yards deep – is as unique as it gets.

“What we were trying to do was wipe the slate clean,” Hanse said. “The instructions to our shapers were ‘forget about golf, put all the land forms back.’ We wanted to put the ridges back where the ridges were, the valleys back where the valleys were, and take a look at the tree lines and make the connections so if feels like it’s a natural piece of ground.”

“It might be asking it a lot of it to call it a rival of No. 2 but it’s going to have a buzz around it for sure that’s not going to go away anytime soon because of the beauty of it – it’s just really cool looking,”  Pinehurst Resort director of grounds and golf course maintenance Bob Farren said.