Bhatia, 15, measures his game against the pros 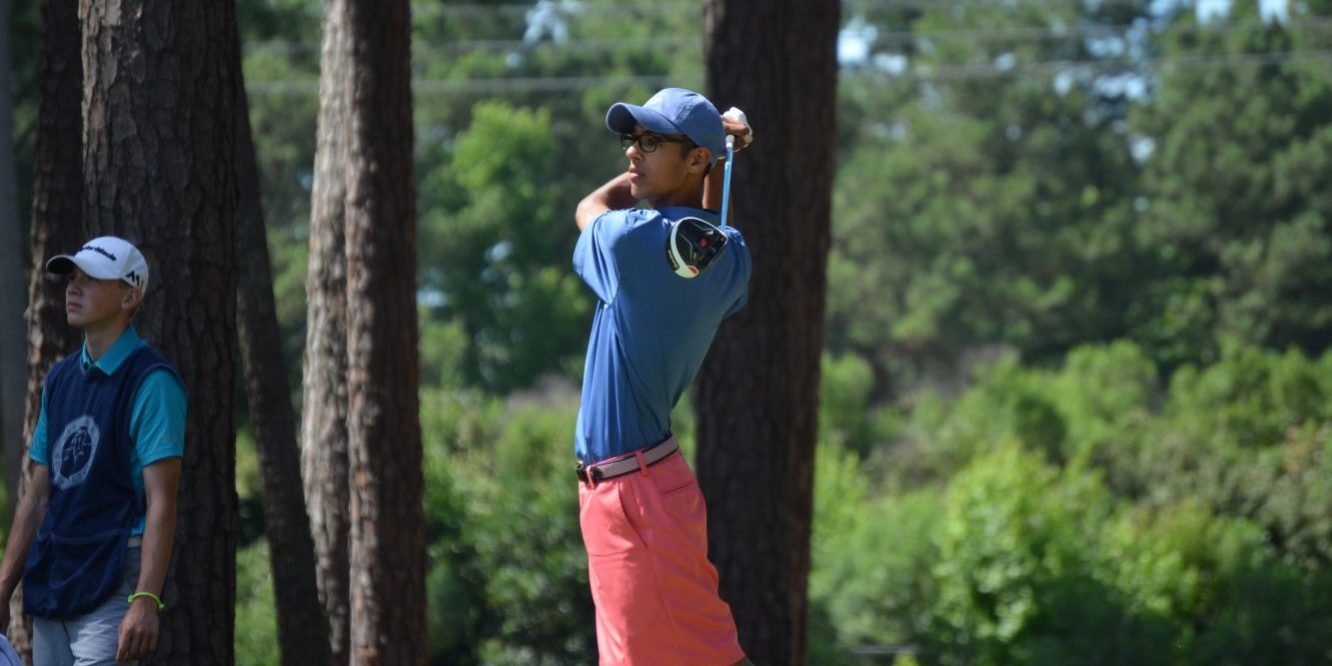 Akshay Bhatia’s golf game is good enough that he can get out on the course with PGA and Web.com touring pros like Carl Pettersson, Carter Jenkins and Chris Wilson at TPC Wakefield Plantation.

“It’s pretty cool because it’s not every day you can play with a guy from the web.com tour or PGA Tour,” Bhatia says. “I’ve learned so much from them, and I’ve learned some shots.”

It doesn’t take long for the 15-year old to add a bit of a zinger.

Bhatia is a recipient of the McConnell golf scholarship, which provides a structured program designed to help standout juniors elevate their game. So far, Bhatia is making the most of it. He is 87th in the world in the Junior Scoreboard Ranking and 50th in the AJGA rankings.

“Mentally I’ve gotten a lot stronger over the years, and putting has saved me a lot,” he says. “I work with Chase Duncan, and my golf swing is getting where I want it, so I’m looking forward to the summer.”

His first exposure to golf came as a toddler, watching his sister, Rhea, play in junior tournaments growing up in California. She is now a junior on the golf team at Queens University in Charlotte, and Akshay appears to be on a similar path. He won two tournaments last fall, taking another step in his development.

“Winning always means a lot, especially for confidence,” he said. “But if you can just put yourself in position week in and week out, I’d be satisfied with that. At least I’m giving myself a chance to win.”

To keep his game moving in the right direction, Bhatia has chosen home-schooling.

“It’s a lot easier,” he says. “It’s hard to play a lot of tournaments and miss school. So when I can travel with my school work and get ahead sometimes, it helps a lot.

“It’s also hard because you don’t have that big of a social life. But you have to give up something for something else.”

But he does have friends, even ones who haven’t turned pro yet.

“I play with four or five juniors at my golf course every day, which is pretty nice,” he says. “So I do have a lot of peers to hang out with.”

And on balance, he has no complaints.

“I’m really thankful, especially how the AJGA specifically helps you get to college,” he says. “(I appreciate) everything my family has done for me, and what the tournaments do and the coaches do. I’m really grateful.”

Best Round: 61 at The Heritage in Wake Forest. “I made six straight birdies on the back nine. I was hitting it good and putting really well. I had a new putter that week. It’s one of those days where everything was going my way.”

Magic Moment: “At Grandover Resort in Greensboro, there is a short, 75-yard par-3. I told my friend Grayson, ‘I bet one of us will make a hole-in-one on this hole.’ And I made a hole-in-one. That was pretty cool because I called it.”

Goals: “I definitely want to chase my dream of being on the PGA Tour. I really want to have a long, sustainable career. I’m already learning so much from these guys. Hopefully I will be a little better than them after learning so much.”