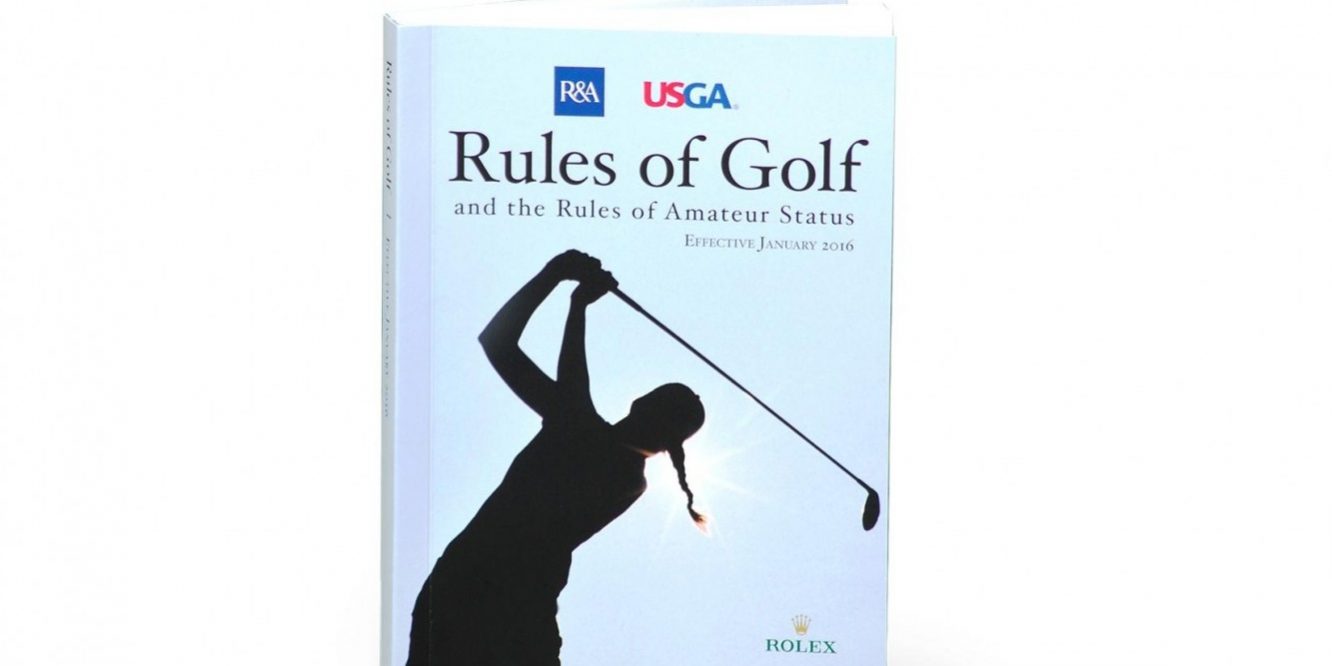 Emily Brooks would like to become a household name in golf circles.

In the meantime, she has the most famous silhouette in the sport.

Brooks is a senior at Elon University, and much to her surprise, her image adorns the 2016 United States Golf Association rule book.

“My dad and my grandfather just love it,” Brooks says. “They tell everybody. My dad was giving them to people for Christmas.”

The cover image is a memorable one. It shows Brooks in silhouette, her back to the camera at the completion of her swing. Her ponytail dangles from her cap, intersecting the sunburst ahead of her. The photo was taken at the 2015 U.S. Women’s Amateur.

“As I was warming up on the range, there was a photographer who was laying down on the ground. It was very odd,” Brooks remembers. “I had an early tee time. The sun was still kind of rising. After I finished my round, they had posted a picture of me on the website — just a really cool picture.”

Then last November, Brooks decided to use the image as her cover photo on Facebook. In an odd stroke of timing, she soon learned that the same photo was on the cover of the USGA rule book. Since then, her image has shown up around the world. Two Elon teammates returned home to Iceland and Scotland for the holidays, where both spotted posters for the new USGA book at their local courses.

But no one gets a bigger kick out of the high-profile moment than her father. At her most recent tournament at the Kiawah Island Intercollegiate, he noticed a rules official had a copy of the book on the seat of his cart.

“My dad said, ‘You know that’s my daughter, right? That’s the girl walking up the fairway.’ The rules official said, ‘No way!’ He hunted me down at the end of the round and got me to autograph his rule book. It was pretty funny.”

Being a cover girl has been a pleasant diversion for Brooks, but she is more concerned about making her mark on the fairways.  She began her senior year with a record-breaking performance at the Pinehurst Challenge. Her 54-hole total of total of 209 (70-67-72) broke a record for the Phoenix. Her second-round 67 was her personal best.

But with her college golf career winding to a close, Brooks will tell you that her game hasn’t reached the heights she had hoped.

“For me, it’s always been a mental thing,” says Brooks, who played at Northwood High School in Pittsboro. “I feel like my expectations are high, but I don’t trust my abilities as well as I should. When I’m in a tournament, sometimes I think, ‘OK, 72 is a good score today, when really I have the ability to go low.’ I get tight and I don’t swing aggressively.”

Brooks has authored some impressive performances in her career, to be sure. In 2014, she qualified for the U.S. Women’s Amateur Public Links Championship, then turned around and earned a spot in the U.S. Women’s Amateur. Last September, she helped Elon to a third-place finish at the Golfweek Program Challenge, where she finished fifth overall after a final-round 69.

And yet, she anticipates so much more. She is hard on herself – “My performance has been a lot worse than my ability should produce,” she says – but no more so than most competitive athletes who yearn to reach the pinnacle of their sport. For Brooks, there is endless self-assessment, searching for that elusive edge.

“I don’t think there are very many hours that go by in my day when I don’t think about golf and how to get better,” she says. “I have a hard time distancing myself from the game.”

Brooks has performed admirably in the classroom as well. She will graduate with honors this spring after majoring in broadcast media. Last year she interned at the Golf Channel in the instructional department.

“I’ve learned a lot academically at Elon,” she says enthusiastically. “It has been an awesome experience.”

But before she considers any job offers, another challenge awaits. She plans to go the LPGA Tour Qualifying School in the fall.

“If I don’t try it, I think I will regret it fully down the road,” Brooks says. ”I’ve had my dream to go pro for a long time. Maybe I don’t end up getting to the level I want, but at least I can say that I tried. I know my abilities are good enough to play. But if I could get my head together a little more, that would be golden.”

Between now and then, there are tournaments to play, both in college and during the summer. Brooks will use that time to find out if her confidence can catch up with her skill set before she makes a run at turning pro.

“It’s kind of a race against the clock to figure it out and realize what it will take,” she says.

It all sounds a bit daunting, trying to solve the mysteries of the game before graduating college. But if you’re thinking that maybe Brooks could use a little perspective on how far she has already come, rest assured that she gets it. She is searching, but she is not lost.

“When I was playing at Kiawah, I was playing so badly and I couldn’t figure it out,” Brooks says. “Then I thought, wait, I’m playing a course that probably costs a couple hundred dollars to play. It was perfect weather, 72 degrees. I’m like, ‘yeah, life’s not that bad.”’