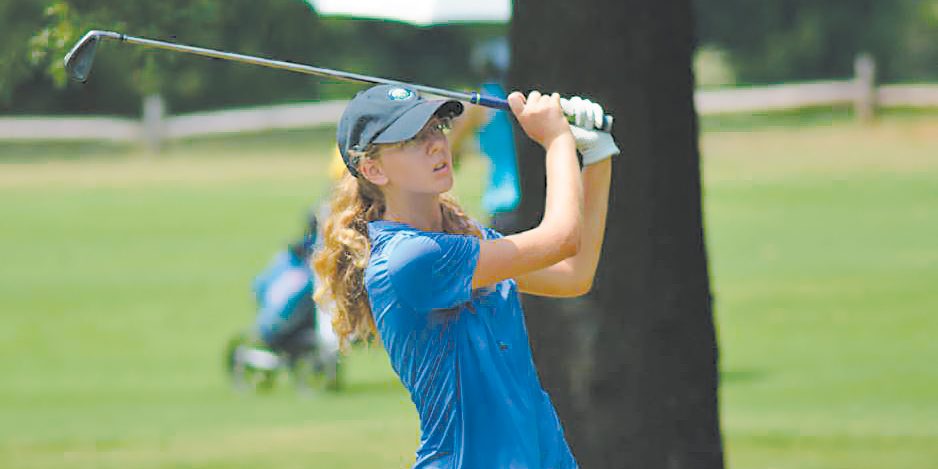 Emily Hawkins of Lexington was at her best with the pressure on in 2016.

In September, she beat a national field in the AJGA Girls’ Championship at Furman University Golf Club.

“I had a great year,” said Hawkins, a homeschooler who has committed to attend Campbell beginning in the fall of 2018. “It was exciting. I’m so happy. I improved a lot.”

Hawkins’ outstanding summer began with a victory in the CGA Junior Girls’ at Country Club of Salisbury. After tying for 9th in qualifying for match play, she won five matches, beating medalist Riley Smyth of Cary 2 and 1 and defending champion Grace Massengill of Hickory 4 and 3 on the final day.

At the CGA Junior Girls’, Hawkins beat Kathleen Sumner of Charleston in a playoff in sweltering heat the final day at Colonial Country Club in Thomasville after the players tied at 1-over 214. Hawkins overcame a stunning birdie at No. 17 by Sumner, a Florida State recruit, who holed out a bunker shot. Hawkins won with a par on the first playoff hole.

Hawkins rallied from a two-stroke deficit entering the final round at Furman with her third consecutive 2-under 70. She beat Rachel Heck of Memphis, Tenn., and Brooke Sansom of Pike Road, Ala., by one shot.

Best Round: 70 in final round of AJGA Championship at Furman. After playing the first four holes in 3-over, Hawkins made four consecutive birdies beginning at No. 6, where she knocked a wedge approach close enough for a tap-in birdie. “That really gave me a kick start to the round.” At the par-3 16th, Hawkins made an 8-foot uphill putt for birdie, giving her a one-shot victory over two competitors.

Magic Moment: The 8-foot birdie putt on her 52nd hole at Furman was the winning margin. “It was a pretty straight uphill putt. I hit some big shots under pressure.”

2017 Goal: “I want to try to improve my scoring average from 74-something to 72 and continue to challenge myself.” – By J