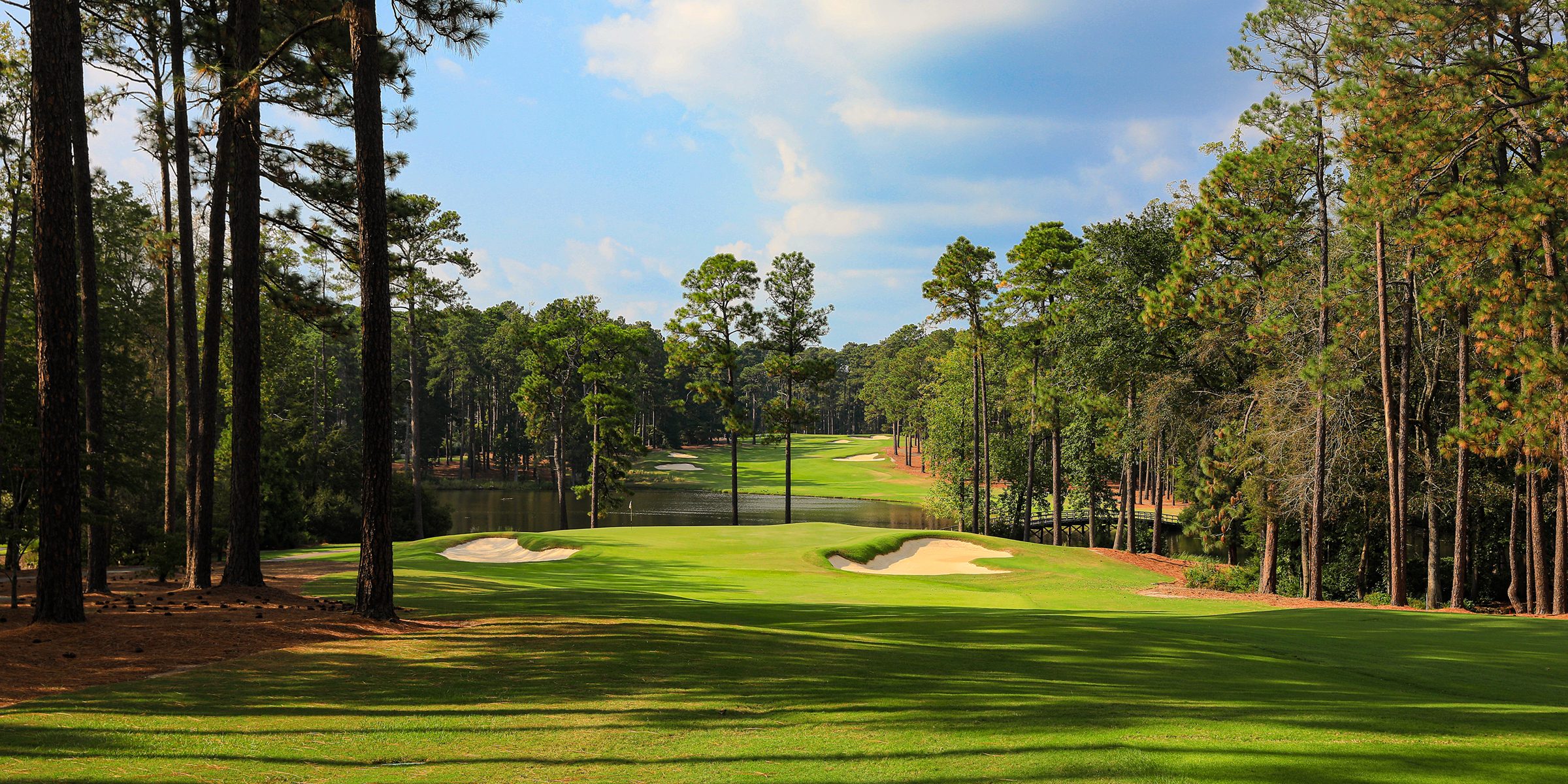 The list of champions from prestigious tournaments staged at the Country Club of North Carolina in Pinehurst dating to the early 1970s is beyond impressive. That list includes Jack Nicklaus, Ben Crenshaw, Hal Sutton and current club member and PGA Tour star Webb Simpson.

Is the next winner at the 73rd U.S. Junior Amateur Championship in late July at CCNC destined to be golf’s next big thing?

We’ll see, but the first in a series of USGA championships will be staged July 19-24 with an expanded field of 264 players at the private club’s Dogwood and Cardinal layouts. This elite junior championship, which will include golfers from at least 16 foreign countries along with local club member and reigning 4-A state champion Jackson Van Paris, is a prelude to the 2022 U.S. Women’s Open at Pine Needles and the 2024 U.S. Open at Pinehurst No. 2.

The winner of the grueling two days of stroke play and then six matches required to be crowned the U.S. Junior Amateur champion will secure a spot on the 2022 U.S. Open and bragging rights as one of the best junior golfers in the world.

“This is one of the greatest championships in junior golf because of its remarkable championship history, it takes place at golf’s grandest venues, and it’s considered the U.S. Open of junior golf,” said Greg Sanfilippo, U.S. Junior Amateur Championship Director.

“There are 57 sectional qualifying sites, nearly 3,400 entries and only 264 players will earn a spot through qualifying,” added Sanfilippo. “That’s not a great percentage, so the players who earn their way here have really earned it. We’re not an invitational; we let players earn their way into this championship.”

The Dogwood course, renovated in 2016 by Greensboro-based architect Kris Spence, is ranked the third-best layout in North Carolina, while the Cardinal is ranked 16th. The field was set to be expanded by more than 100 golfers last year at Inverness, but COVID-19 cancelled that championship, so CCNC will be the first location to field 264 competing juniors.

“We came up with a Plan A two years ago and well, here comes COVID, so all of the sudden we have no template to go by at Inverness, which was going to have the first expanded field. All the sudden we’re pivoting into Plan B and asking committee chairs to come up with a doable plan. And nobody grumbled,” said Robby Bennett, general chairman of the championship.

“What comes with the expanded field is finding a site with two golf courses that support a USGA championship test, and there is great infrastructure within the grounds here at CCNC and we find two championship ready golf courses,” added Sanfilippo. “Both are remarkable and they will challenge these players. The USGA will strike a balance of tough yet fair test of golf through our presentation of rough management, course firmness, hole locations, teeing ground locations. This will be the most comprehensive test within its demographics.”

Simpson won the Southern Amateur here in 2007, and decorated junior player Van Paris comes in as one of the favorites considering his course knowledge and overall skill level.

“It’s obviously exciting to have somebody from the host club playing in the event,” Sanfilippo said. “There are going to be 263 other players that Jackson will be thinking about but there is an element of the excitement, not only for the club but for the local media as well.

“Jackson has played a lot of golf. He has been under pressure before and he has won AJGA major championships, so it’s not anything that he hasn’t walked yet. I think he’ll enjoy it.”

“They need to walk around and look at the courses because the yardage listed for the courses, especially going into the greens, on most holes you are hitting uphill so they will play longer,” Baker said. “And on some of the greens if you hit it too far to the back you are in real trouble. You need to make sure you know where to hit it, but more importantly where not to hit it.”

“This is one of the greatest golf courses in the United States,” Crooks added about the Dogwood layout. “When you are playing a great golf course that means every pin placement is going to require a different strategy. The person who can come in here and get comfortable, the person who can be the most observant during their practice rounds and absorb all the nuisances of the course, will have a good chance.”

Previous winners who have also won at least one U.S. Open include Johnny Miller, Tiger Woods and Jordan Spieth.

“At the end of the day we want the players to work through mental and physical situations on the golf course,” Sanfilippo said. “Being in July, it will be the heat and also when players have an opportunity to score or be defensive do they execute as intended or do they fail to do so.

“And part of the player preparation we look for is whether they’ve studied the architecture of every golf hole. Did that player understand the turf grass, the firmness, the weather impacting conditions? What is unique here is we have zoysia grass on the fairways on the Dogwood Course and Bermuda grass fairways on the Cardinal, and each will play just a little bit differently and the players will have to adjust.”