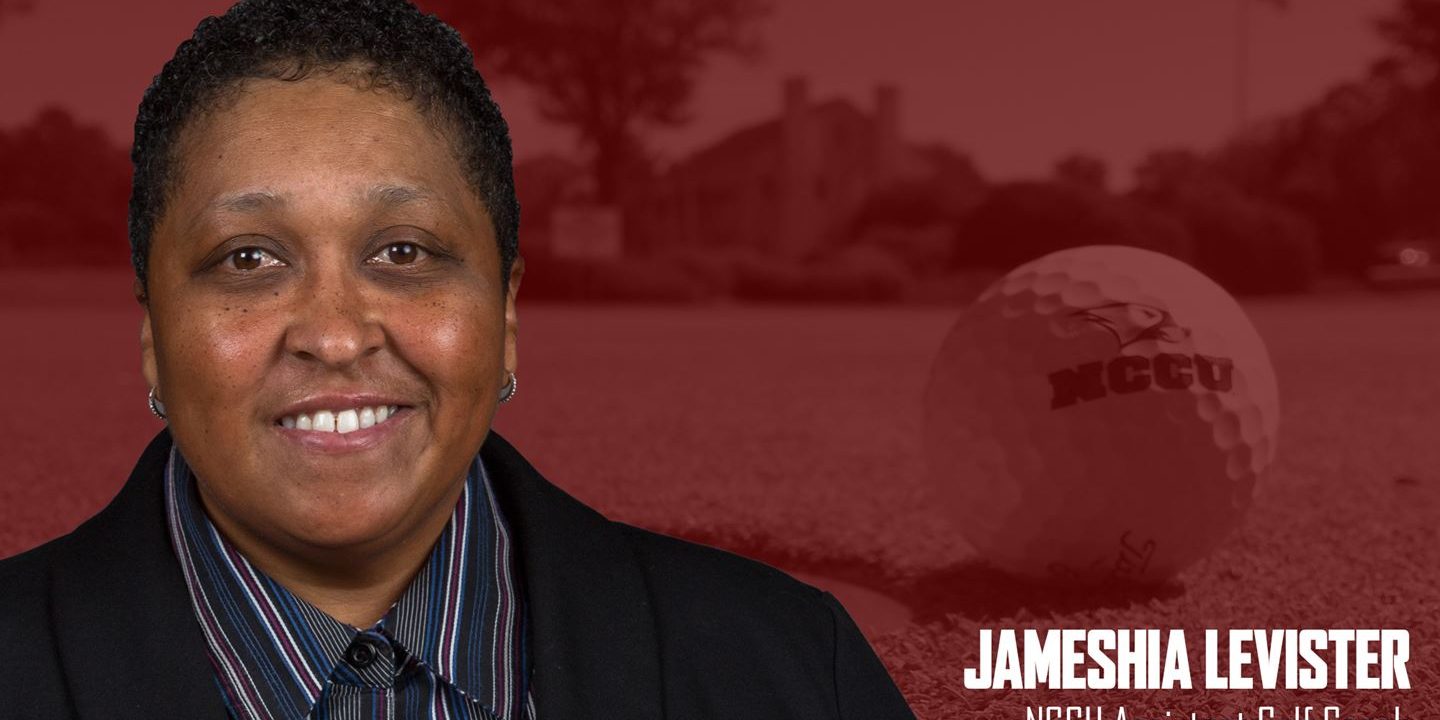 Levister’s position was established through a Tara VanDerveer Fund for the Advancement of Women in Coaching grant from the Women’s Sports Foundation (WSF). North Carolina Central is one of 10 universities and colleges across the country to receive this year’s Women’s Sports Foundation grants, which were designated for female coaching fellows across all three NCAA divisions in a wide variety of women’s sports.

Levister played in the No. 1 spot on the North Carolina Central men’s golf team during her time as a student-athlete. In the 2001 season, she earned the team MVP award and was selected as the conference rookie of the year.

Levister played varsity basketball and varsity golf at Belleview (Florida) High School before moving on to Lake City Community College as the captain of the women’s golf team. When the women’s team at LCCC was discontinued, Levister decided to attend North Carolina Central and became the only woman in the CIAA to play on the men’s team.

While living in Virginia after North Carolina Central, Levister won the 2004 Virginia Women’s Amateur tournament, becoming the first African American to win a women’s state tournament in the history of the VSGA. That victory, alongside high finishes in several other tournaments, propelled her to become Virginia women’s golfer of the year the same year.

Levister left the tour in 2014 after the death of her father, but continued to teach and play golf. In 2014, she won the Middle Atlantic PGA Women’s Championship, and just seven months later, won the MAPGA Senior-Junior tournament.

With the fellowships created through the VanDerveer Fund, the Women’s Sports Foundation aims to create a pipeline that will give women the mentorship and experience needed to pursue a career in coaching.