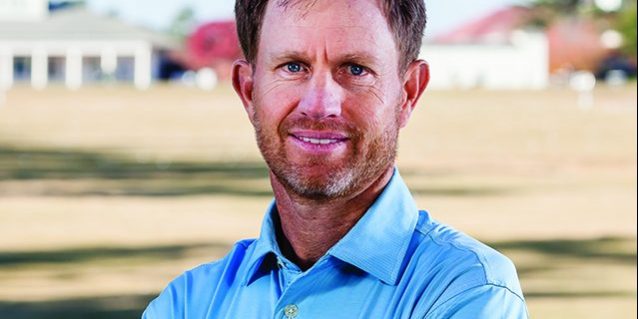 Can it be that Kelly Mitchum is getting better with age?

The veteran, award-winning Pinehurst Resort teaching instructor who will turn 50 in April, captured the PGA Carolinas Section player of the year honors in 2020 with a scoring average of 69.00.

It is the eighth time Mitchum has won the award since 2004, but the first time since 2016 as he won two section majors during this challenging year of competitive golf surrounding the COVID-19 outbreak.

“I don’t know if surprising is the right word, but certainly the year was very rewarding and maybe a little bit unexpected,” Mitchum said.

Mitchum, considered one of the top club pros in the nation for years, has been able to compete with younger players in recent years who constantly outdrive him by considerable margins.

“I’ve always been challenged by length off the tee so that’s nothing new but some of these guys hit it so far now it is a little bit demoralizing at times,” Mitchum said. “It’s almost like in my mind if gosh I hit it that far this game would be so much easier. But you play with what you’ve got and I try to do the best I can with it.”

Mitchum has competed in one U.S. Open, four PGA Championships and several other PGA Tour events over the last 15 years in his decorated club pro career. He potentially would have a shot at making the Champions Tour, but says the over-50 circuit doesn’t necessarily appeal to him.

“I’m fairly entrenched with what I’m doing here at Pinehurst,” he said. “My kids are getting older now so getting my family to sign off on the (Champions Tour) isn’t nearly as much an issue as ‘do I really want to do it, do I want to be out there full time?’ I’m happy doing what I’m doing.”

Mitchum did say he would like to qualify for a U.S. Senior Open before he hangs up his competitive clubs.

“But it’s not like I’m yearning to play every week, that’s for sure,” he said of the Champions Tour. “I feel really good about what I’m doing and it probably can’t hurt to go try at some point,  however it’s not a commitment I’m making right now.”

Mitchum is getting ready to gear up next week for his annual charity event at The Cradle short course at Pinehurst Resort, seeing how many holes he can play Monday on the Winter Solstice – the shortest day of the year. Three years ago, he set the Cradle record by logging 404 holes of golf in one day before darkness.

Last year, Mitchum and 12 other golfers raised more than $30,000 for several charities as the unique event continues to grow.

“Three years ago, I tried it without the charity part,” Mitchum said. “I played by myself all day long to see if it was cool or doable. And it was. I love that kind of thing, to have golf and then throw an extra challenge into it like playing all day and seeing how many holes you can play. That to me is a lot of fun. You are absolutely beat and sore and hurting for a few days afterwards but it’s all good