From Pebble Beach to Pinehurst 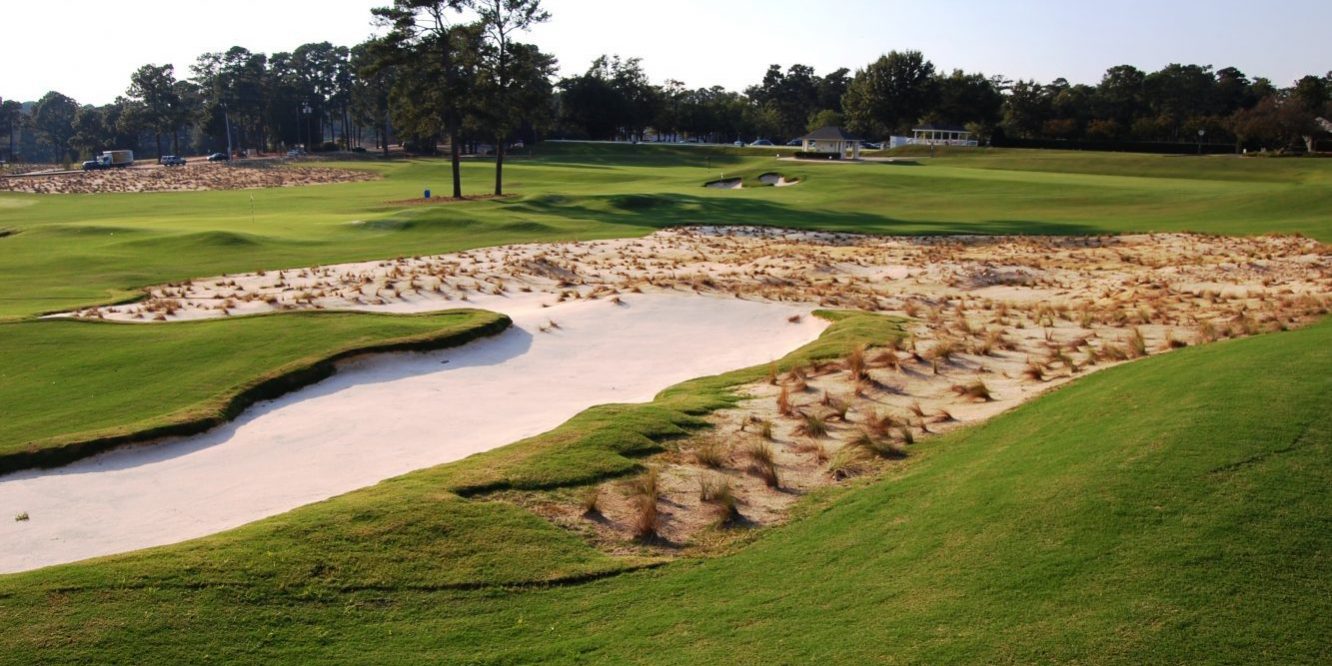 The U.S. Amateur torch has been passed from one famous resort to another in August

It’s a great time to be among the world’s best amateur players, considering the recent venues for the U.S. Amateur Championship.

The proverbial torch was passed in mid August from Pebble Beach to Pinehurst as the Sandhills area will now take a firm grip and spotlight on several high-profile USGA championships over a five-year period, starting with the 2019 U.S. Amateur at Pinehurst Resort.

A team of eight from Pinehurst Resort – from golf maintenance to golf operations to media relations to volunteer leaders – have returned from an August fact-finding trip to the West Coast as the 2018 U.S. Amateur was staged at rival resort Pebble Beach.

“It has been since 2008 that we last hosted the U.S. Amateur and a lot of people have changed on our team and on the USGA team, so the trip was to make sure we’re all on the same page,” said Pinehurst Resort president Tom Pashley. “And it helps us get a shot in the arm because we’ve got a lot going on here and have been running in a bunch of different directions. It’s a great opportunity to get people focused and realize it’s less than 365 days before it’s going to be here.”

It will be the third time Pinehurst has hosted the U.S. Amateur and 10th overall USGA championship at the iconic resort. Pinehurst was the stage of Labron Harris’ triumph in 1962, and in 2008 Danny Lee romped to victory, becoming the youngest player to win the U.S. Amateur at the time.

Pinehurst has been home to amateur golf since the early years of its founding, serving as the home to the longest consecutively running amateur championships in the United States, the North & South Amateur. It is at Pinehurst where Richard Tufts penned the “Creed of the Amateur,” wherein he writes, “Amateurism, after all, must be the backbone of all sport– golf or otherwise.”

“It is a special place to be in a very special time, to have this much going on,” Pashley said of the area. “What a great vote of confidence from the USGA in entrusting the Sandhills with so many of their national championships. It does speak to their faith and our ability to conduct the championship and the volunteer’s commitment to step up time and time again to help run them, and it talks about the quality of golf in the area. So many places would consider it a highlight to get any one of these and for us to have so many of them coming in a five-year span — well it’s an embarrassment of riches.”

Stroke play for the U.S. Amateur, just as in 2008, will be split between No. 2 and No. 4, giving the new Gil Hanse-designed No. 4 course its first spotlight championship. Match play will then return to the Ross-designed famed No. 2 layout.

“It is going to be a great test early on to see how it holds up under championship conditions, and with the best players in the world having an opportunity to challenge it,” Pashley said. “It’s a feather in the cap of Pinehurst No. 4 to be able to be a co-host of this championship. Being less than a year old; it will be a real neat opportunity.

The new No. 4 design will officially open on Sept. 20.

“We have seen a tremendous amount of interest from golfers all over the country and the world who are going to be coming here this fall to check it out,” Pashley said. “We’ve been very pleased with the response. Just the prospect of being able to play a new course in Pinehurst seems to have interested people.”

“Recovering from some of these sand areas on No. 4 is going to be more difficult than No. 2,” added longtime Pinehurst Resort director of golf course maintenance and grounds Bob Farren. “It is always going to be compared to No. 2 but No. 2 is flat and more hardpan. This course is going to be harder to manage.”

More information about how to volunteer log on to www.pinehurst.com/2019-u-s-amateur/.

“Any national championship is an honor to have the opportunity to host so we take it very seriously,” said Pashley, whose resort hosted the first-ever back-to-back Opens in 2014. “And our volunteer team takes it very seriously, and they have been working behind the scenes for a year leading up to this point. So the amount of time and work and effort that goes in to it from the volunteer’s perspective is incredible.

“That’s one of the many reasons the USGA keeps coming back here, they know we have a volunteer base that can conduct these championships because it is a challenge and a lot of work – yet a ton of fun.”