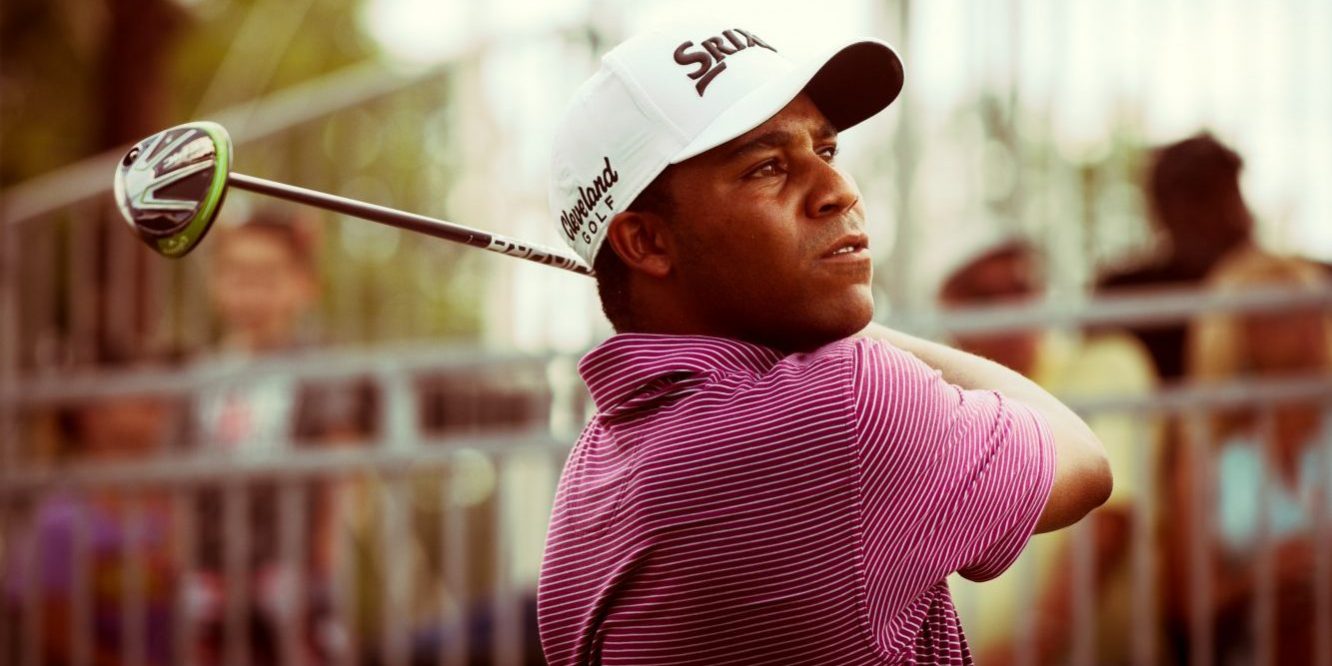 If Harold Varner III needed validation that he has become one of North Carolina’s favorite sons, he earned it during the final round of last year’s Wyndham Championship.

On a hot and humid Sunday afternoon at Greensboro’s Sedgefield Country Club, the mantle was passed to Varner from his playing partner, Davis Love III, a three-time Wyndham champion, World Golf Hall of Famer and beloved Tar Heel.

By the time Varner made consecutive birdies on the fifth and sixth holes, the duo’s gallery had swelled to hundreds of rabid fans — many clad in East Carolina University purple and gold, shouting “Go Pirates!” They erupted again after he tacked on another birdie at Sedgefield’s par-4 ninth and Varner high-fived his supporters along the ropes.

“(The crowd was) pretty wild,” Varner said. “They got super excited. You could tell they were rooting as hard as they could.”

Arriving in Greensboro packing a No. 138 ranking in FedEx Cup points, Varner needed a solid boost to land in the top 125 for a spot in the playoffs that started the following week.

Varner opened at Sedgefield with a 7-under 63 — his lowest round of the season. On Saturday, Varner fired a 66 to get to 13 under. He was one of seven players within three shots of third-round leader Henrik Stenson.

On his final Sunday nine, however, Varner encountered adversity. After consecutive bogeys on 10 and 11, he found himself back on the bubble for a spot in the top 125. “I started off making birdies, it was easy,” he said. “You don’t start thinking about it until you start hitting shots you don’t want to.”

With tension palpable, Varner followed a birdie on 15 with a bogey on 16. Fortunately, gritty pars on Sedgefield’s closing holes were enough to get him in the playoffs. Varner ended up with a final-round 69 and finished 14-under for the weekend, tied for 10th and up to No. 123 in the points standings.

Varner finished tied for 20th at the Northern Trust the weekend following the Wyndham and moved onto the second round of the FedEx Cup playoffs, the Dell Technologies Championship, where he finished tied for 47th as his season came to an end. He finished 90th in the final point standings.

This year Varner, who turns 28 on Aug. 15, aims to join a quartet of North Carolinians who have won the Wyndham, including his playing partner on last year’s final round, Love, and 2011 champion Webb Simpson. “It’s tough playing at home in some ways,” Varner said. “But it definitely helped (last year).”

Varner turned professional in 2012 after graduating from ECU, where he was the first player in school history to be named Conference USA Player of the Year. After kicking around the mini-tours for a few years, in 2015 he became the first African-American to earn his PGA Tour card via the Web.com Tour regular season.

Varner’s everyman appeal has quickly made him a fan favorite — and not just around North Carolina. Compact, barrel chested and powerfully athletic, Varner stalks the golf course more than he walks it. Despite his diminutive size, he is one of the Tour’s longest hitters. He wears his emotions more than many of his contemporaries and most of the time seems to genuinely be having a good time out there — keeping it all ”in perspective” as Varner frequently likes to say.

Varner is active, candid and funny on social media. He says he dreams of one day pounding the drum at a Carolina Panthers game. “I’m fun, genuine, honest, little crazy sometimes,” Varner says.

“That’s my son,” says his mother, Patricia Carter. “He’s always been like that all his life. He’s just gotten older.”

Following his fifth-place finish at the Greenbrier in July, Varner tweeted a photo of him mowing his parent’s yard at 7 a.m. on Monday morning that quickly went viral. “I think you should always take care of your parents,” he said. “I mean, without them I wouldn’t be here, so those are the little things. You can never repay your parents I don’t think.”

Varner was born in Akron, Ohio, in the same hospital as his favorite athlete, LeBron James. When he was 6 years old, Varner’s father, Harold Jr. — “Deuce” to those who know him — moved the family to Gastonia, where he is a car salesman.

An avid golfer, Deuce gave his son Fisher-Price golf clubs when he was 2 years old. A few years later, on his way to work, Deuce began dropping Harold off at Gastonia Municipal, where he could play unlimited golf for $100 during the summer months.

The majority of Varner’s teammates at Forestview High School belonged to Gaston Country Club. Varner wanted to practice with them throughout the summer but his family didn’t have the money for a membership. So Varner did the only thing he could think of — he started working at the club. It was there that Varner met pro emeritus Bruce Sudderth, who taught the up-and-coming star all types of fundamentals.

“(Sudderth) has been my guy since I was 15. I love him to death,” Varner said. “When I went to him I had never had a lesson. He just took me under his wing and taught me things about life. I still talk to him all the time.”

A simple life growing up in Gastonia (“Gas Town,” as Varner lovingly calls it) molded not only the player, but also the man he is today. “Whatever you do, you have to keep golf fun,” Varner said. “I always look forward to playing with my boys (in Gastonia). They don’t care that I’m on Tour; they just want to beat me as bad as they can. There’s plenty of trash talk to go around as well, but it’s all in good fun.”

Varner bought his own home earlier this year, but in his downtime he still goes to hang out with his father at work. “He’s my buddy,” says Deuce of his son. “He’s a spirit and he knows I’m a spirit. When two spirits get together, that’s pretty cool. When he comes home he gets his battery charged. Everybody here is a cheerleader. When he comes around they get the pom-poms out.”
Varner has earned more than $3 million on the PGA Tour in a relatively short period of time, but he still seeks his first victory. “I think about it all the time,” he said. “I think if you don’t think about it, you’re not doing what you’re supposed to be doing. That’s why we play. You play to win the game.”

An inaugural win at the Wyndham Championship would certainly make Varner happy. But it would make his rapidly expanding fan base — near and far — even more ecstatic.