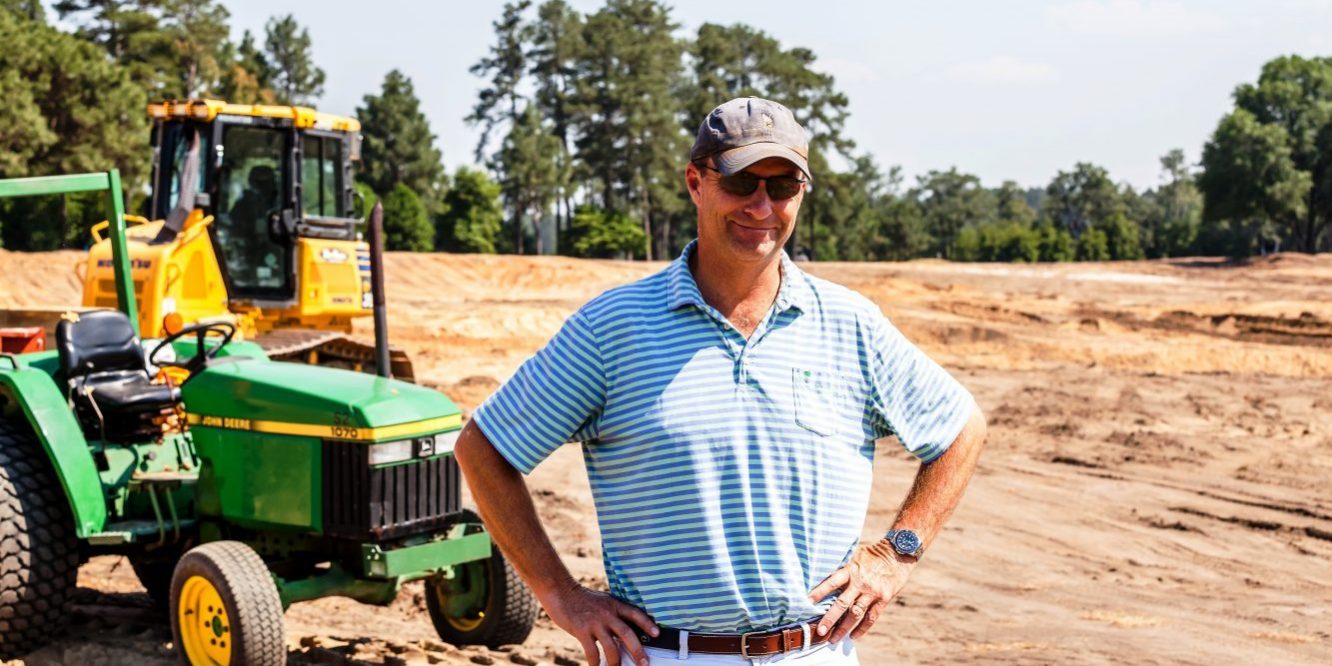 Golf course architect Gil Hanse and partner Jim Wagner are performing design work at Pinehurst No. 4, along with the resort’s new short course, which opened Sept. 30. Hanse’s firm was selected in 2011 to design the golf course in Brazil that hosted the return of golf in last summer’s Olympic Games. Since then, the duo has built Mossy Oak in West Point, Miss., and Streamsong Black in Bowling Green, Fla., among others. They’ve made restorations to Los Angeles Country Club, Merion Golf Club in Philadelphia and Winged Foot Golf Club in New York. A native New Yorker, the 53-year-old Hanse has lived for most of his professional career in the Philadelphia area, where he and his wife, Tracey, raised three children.

Triad Golf Today sat down with Hanse to talk about his work at Pinehurst and some of the other highlights of his career.

TGT: I’m guessing that when a place known as the “Home of American Golf” asks you to perform a significant task that will bear your name, that’s got to be pretty exciting … and maybe a little daunting as well?

HANSE: Probably a little bit of both. It’s first and foremost an honor. We look at it that way. Whenever your name is mentioned alongside a place where Donald Ross obviously set the stage in such a great way and more recently the work Bill Coore and Ben Crenshaw did to restore course No. 2 and then to be given the opportunity to put our work right next door to course No. 2 on that beautiful piece of ground — it’s a great opportunity.

TGT: How does it feel to be added to the list of legendary golf course architects who have made names for themselves at Pinehurst?

HANSE: That may be the most daunting part because you don’t want to let the side down, if you know what I mean. My partner Jim Wagner and I just want to make sure it’s up to the best we can do and certainly hopefully that’s good enough to be up to the high standard that’s already been set by Pinehurst.

TGT: How much time have you spent around Pinehurst during the years? Has it been a place you visited regularly?

HANSE: I had been there a couple of times obviously to study and look, and once with the American Society of Golf Course Architects, and I’ve come to the Tufts Archives a handful of times to do research for other Donald Ross projects. It’s a place where I’ve spent a decent amount of time but not a dramatic amount. I have a general feeling and understanding of the area. I’m looking forward to becoming more educated by spending quite a bit of time there as we’re building No. 4.

TGT: What did it mean to you and your firm to be selected ahead of many of the world’s most legendary golf course architects to design the Olympic Course in Rio? How did that rate among your most important career milestones?

HANSE: It has to be right up there, if not the most important. Within the golf industry I think we were a known commodity but I think to the general public our name didn’t come to the tip of your tongue when you talked about modern golf course architects. I think now when people mention architects who are busy and have done good work, our name gets mentioned along with all the others. But I think ultimately it gave us a chance to put on display on a pretty big stage our thoughts about golf course architecture and how we feel a golf course should be presented, being very natural and very rustic, with character, lot of strategy, lot of thought.

TGT: You’ve had some other plum assignments during the years … Brookline, Winged Foot, LA Country Club, Merion Golf Club and Oakland Hills all come to mind. Where does the Pinehurst project rank among the most important assignments thus far in your career?

HANSE: It’s giving us a chance to put our work alongside the works of arguably the greatest golf course architect of all time in Donald Ross and the guys that we respect the most in the business — Bill Coore and Ben Crenshaw — and to hopefully forever have our name associated with the great resort at Pinehurst. We take a restorative view. And if, at the end of the day, that’s successful, we’re really excited about it.