McPhaul gearing up for success as new N.C. State coach 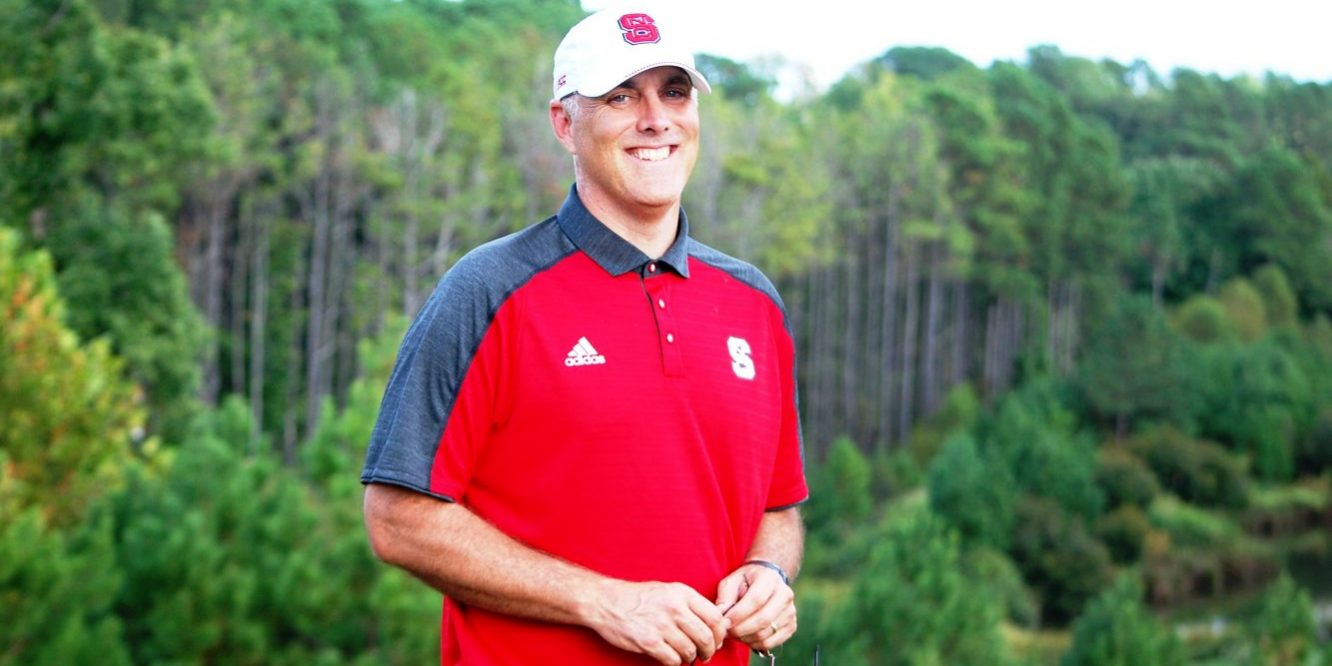 Press McPhaul remembers the end of his freshman season at North Carolina State, and not fondly.

His confidence was shot. His golf game was crap. He just wanted to go home to Sanford and not come back.

A bit disconsolate, McPhaul stopped by head coach Richard Sykes’ office late in the spring of 1991, not completely convinced he would come back to Raleigh that next fall. Before he ever got those words out of his mouth, however, Sykes pulled out a closet full of Wolfpack golf gear.

Back then, it was rare for starters in the program to receive more than a couple of logoed golf shirts and some matching pants. If you weren’t among the top five players — and McPhaul hadn’t been all year — you generally got nothing.

Sykes was trying to subtly let McPhaul know that he was in the program’s plans.

“I wanted to give him a signal that he was going to be a part of my team,” Sykes says. “I gave him some gear hoping he would realize I thought he had a future. He read it exactly the way I intended it. It made him feel like he was going to be a big part of what we did while he was here.”

And, as it turns out, not just the immediate future as a player in the program: This summer, following Sykes’ retirement after 46 years as the Wolfpack men’s golf coach, McPhaul was hired as his replacement following seven years as head coach at Vanderbilt (2000-06) and 11 years as the head coach at East Carolina (2007-17).

For McPhaul, 44, it’s hard not to think of that as the seminal moment of his playing career and professional life.

“You know, he gave me a big pile of stuff,” McPhaul says. “It was just clothes, but I got the feeling that he was trying to tell me that he still believed in me, that I was still part of it all.

“I can tangibly and vividly remember, ‘I want to produce for that man.’ My confidence started to shift that day.”

The decision by athletic director Debbie Yow and deputy athletics director for external relations Chris Boyer to hire McPhaul couldn’t have made Sykes happier, even though he was purposely not involved in the process.

It was a move that was overwhelmingly well-received in the Wolfpack community.

“Press will do a great job,” says former teammate and fellow co-captain Mark Slawter. “These young men will have a tremendous leader and role model for years to come. The men’s golf program is in good hands.”

Sykes says it’s not just because he’s a product of the school and the program.

“The thing about Press is that he is a player’s coach,” Sykes says. “He cares about people. He takes a special interest in each person, which is not something that’s easy to do. He has a gift for it. He inspires other people. That was pretty easy to spot in him.”

It’s something that Sykes saw long before McPhaul did. As a player for the Wolfpack, McPhaul helped the team advance to three NCAA Championship appearances, including an 8th place finish in 1995, matching the highest in school history. As a senior, he was named team co-captain and helped the Wolfpack win the 1996 NCAA East Regional.

“After I graduated, he encouraged me to enter the profession, which is not something I thought I wanted to do,” McPhaul says. “I was just biding time to turn pro. Then I really started to sense that my skills were more suited to relationships than they were getting the ball in the hole.

“Richard was a big part of encouraging me at each step. I tell him that most days of the year I have him to thank for this.”

Sykes hired McPhaul as an assistant coach in 1998, and McPhaul helped re-start the Wolfpack’s women’s program with head coach Page Marsh in 1999.

After two previous head coaching jobs, he believes he’s matured as a coach, especially in his abilities to develop talent. And he couldn’t be more thrilled to have the facilities of Lonnie Poole Golf Course, the Carol Johnson Poole Clubhouse and the Short-Game Practice Facility near the University Club, none of which was at N.C. State when he was a player.

“The only place we had to hit balls was in the parking lots of Carter-Finley Stadium,” McPhaul says. “And then we had to go pick up our own balls. To be honest, that was a good thing. It made us be more concise with the targets we were selecting and then when you were picking them up, you could see your dispersion pattern.

“What we have to do now is make sure with all of the great facilities we have that we don’t stifle creativity or focus. We have to find ways to create competitiveness and make each other better.”

McPhaul has already won a tournament at his new home, coaching East Carolina to the Wolfpack Fall Intercollegiate championship there last October. He also started his Wolfpack career with a bang, taking the team title at the Golfweek Conference Challenge in Iowa in late September in just his second tournament as the Wolfpack coach.

Sykes has no doubts that his protégé will bring home more titles in the future.

“He’ll take the program further than it’s ever been,” Sykes says.