NCSHSAA 4-A Holding Them At Bae 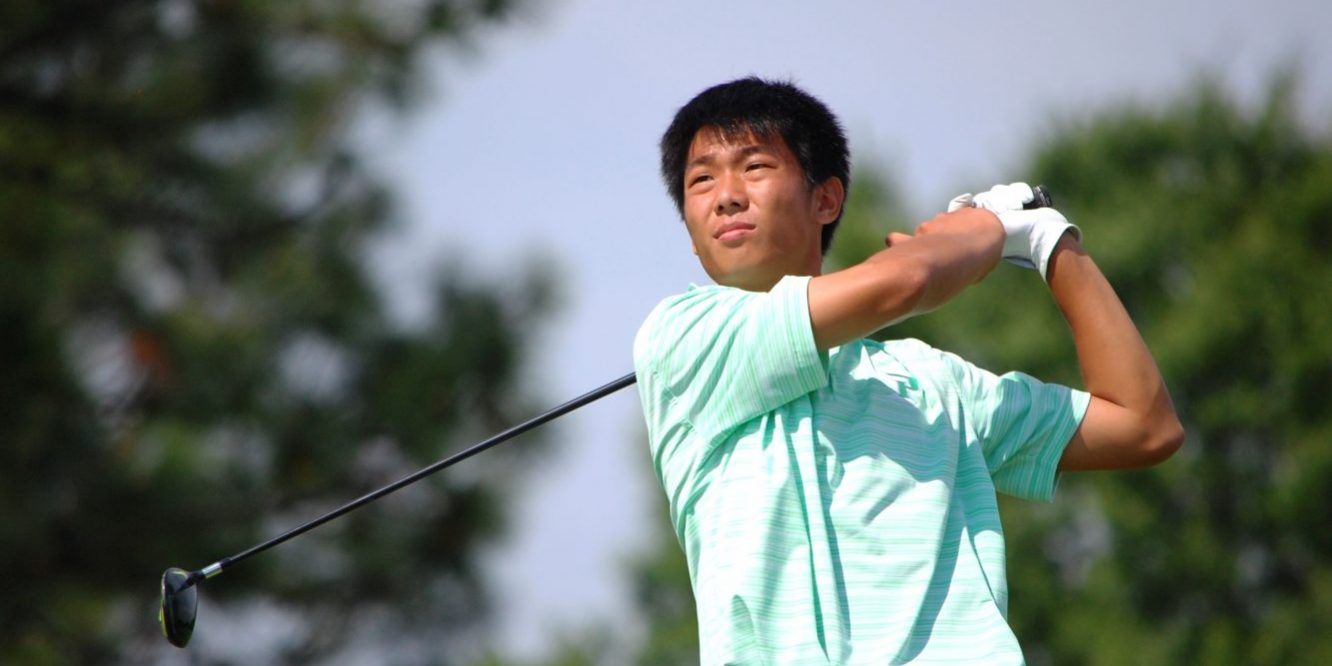 Few high school golfers will ever get to live a script like the one that played out over the final few holes of the North Carolina Men’s 4-A Golf Championship.

It was truly a dream finish for Pinecrest senior Eric Bae, who will play college golf at Wake Forest this fall.

The Pinecrest team captain, playing in the final group of the day, knew it was a hotly contested fight with Charlotte Myers Park for the title, and that he had to press the issue at Pinehurst No. 8 – not exactly an easy course to score on.

Bae did more than press the issue; he became the story, a tale that will live on forever in the rich golf history of the Southern Pines high school.

Bae played the final four holes at 4-under-par – including an eagle-birdie finish – to close with a final-round 67 as Pinecrest edged Myers Park by one stroke to repeat as state champions and take home its third 4-A championship in four years.

Bae, despite a back nine 31, finished two shots behind close friend Doc Redman of Leesville Road, who became the second individual winner from the Raleigh school in the last seven years. Grayson Murray won it in 2010.

Redman, who plays out of Wildwood Green in North Raleigh, came into the state championship on a hot streak, having carded a 63 in the Mideast Regional qualifying tournament at The Neuse a week earlier.

“Nope, no pressure,” said Redman, who will join the ACC champion Clemson Tigers this coming fall as he begins his collegiate career. “We were playing from a pretty short distance and I hit the ball amazing both days.”

Redman hit 16 of 18 greens in regulation in his final round to shoot 71-69 and edge Bae by two shots. Jackson Tyler of Wilmington New Hanover finished another stroke behind Bae for third. Blake Wagoner of Hough matched Bae’s low round of the tournament with a first-round 67, but couldn’t hold it together on the back nine in round two and carded a 77 to finish in a tie for fourth.

“Doc’s course management is terrific,” said Leesville Road coach Andy Hunt. “That’s what sets him apart as a player. He also has the ability to stay even keel — even when putts aren’t necessarily falling when you think they should. His ability to focus and manage his emotions is traits that truly elevate his game above other junior golfers.”

Redman only carded three bogeys over his 36 holes to finish at 4-under.

“We’ve been lucky at Leesville Road in the last 6-8 years to have some kids move on and play collegiate golf, so we’re happy about that and hopes it continues,” Hunt said.

Bae, who won the individual title last season, became the face of the program this year after a lengthy run by the Martin brothers – Zach and Josh – who now both play for the University of North Carolina. The Martin’s were child prodigy golfers as youngsters and successful U.S. Kids Golf participants every year in the Sandhills before joining the Pinecrest team.

“We knew we weren’t the same team without Josh this year, so for us to win it again everyone on the team needed for work that much harder and they came through,” Bae said. .

“This one is sweeter to me, just because of the way I won it for the team. Making that putt on the last hole is something I will always remember,” added Bae. “And it’s awesome that Doc won medalist because he and I grew up together in Raleigh.”

Bae ripped a drive on the 17th hole and needed to make an 18-footer for eagle. His line was similar to that of Myers Park competitor Henry Shimp, who putted before Bae.

“I knew exactly which way it was going to break after Henry putted,” Bae said.

Bae then stuck a 9-iron within 15 feet on No. 18, making the slick downhill putt that proved to be the winning stroke for his team.

“Once it got halfway there I knew it was going in the hole,” said Bae, who double bogeyed the final hole in the first round.

The popular Bae received hugs, high-fives and fist bumps from his coaches and teammates following the clutch putt – and even an ice bath after the trophy presentation.

Wainwright said Bae was named the team captain the first day or practice.

“But we didn’t know how that would go because he’s a quiet guy, but he was a great leader,” Wainwright said. “He told the guys they had to work hard and if you worked hard we can win this thing. That’s exactly what happened.”

Bae said he will golf in some USGA qualifiers in the coming months and prepare his game for college competition.

“Other than the USGA events I’ll be staying in North Carolina playing amateur tournaments … and getting ready for school,” Bae said.

While Bae went low with his final-round 67, Myers Park was the model of consistency, carding all 10 of its rounds between 73 and 75.

“I think our hands are full for next year. They are loaded,” Wainwright said of Myers Park. “They beat us twice this year and now we beat them twice. We’re pretty evenly matched – obviously – just look at the score.

In the end, it read: Pinecrest 590, Myers Park 591, with the stroke difference credited to Bae’s brilliance.