Kris Spence so much more than a Ross restorer 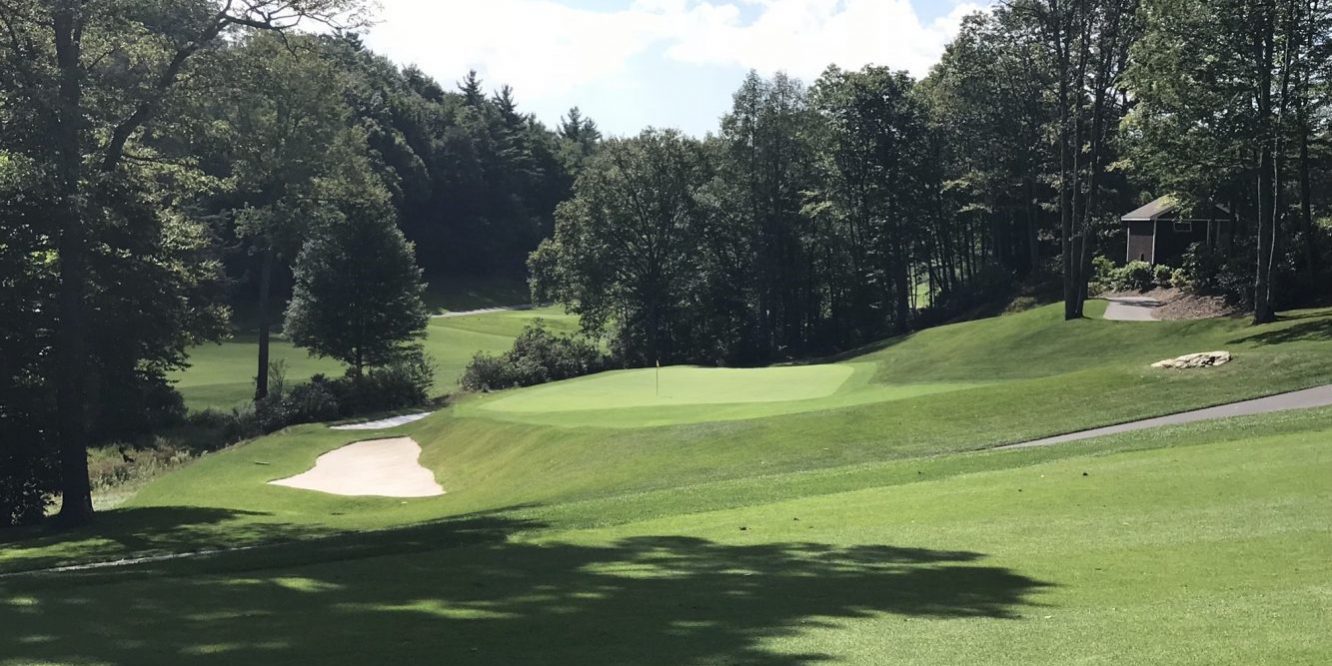 Golf course architect Kris Spence faced a standing room only crowd of 400-plus gathered in Providence Country Club’s Grand Ballroom in early January for a presentation of the club’s upcoming golf course renovation.

Tall and broad-shouldered with auburn hair and a chiseled countenance, Spence was dressed in a dark suit and a stylish white dress shirt with a cutaway collar — far from his typical field attire.

When a technical glitch forced Spence to present 12 holes to the membership from memory, he never missed a beat. Speaking in a soft-spoken, Midwestern drawl, Spence is astutely loquacious and the members loved what they heard. “The excitement level was through the roof,” said Providence CC director of golf Kevin Reardon.

Spence, 56, lives and works in Greensboro in a relatively nondescript office on West Friendly Avenue near PTI airport. Despite the unpretentious surrounds, he has earned a reputation as one of the country’s top restorers of Donald Ross courses and other classically designed layouts. His firm, Spence Golf Design, which he opened in 2000, now boasts nearly two-dozen employees and has carved out a productive niche around the Southeast.

“I’ve worked on around 20 Ross courses, with several being his best work in North Carolina,” Spence said. “I’d like to think I’ve played a significant role in improving the quality of golf architecture throughout the state.”

Raleigh-based McConnell Golf purchased Providence CC in early 2016 and immediately announced it would spend the next few years providing substantial improvements around the club and renovating Providence’s golf course. Spence was hired to function dually as the architect for the project as well as the construction manager.

“Kris is a visionary in implementing new features and modernization when he updates an existing course,” said McConnell Golf CEO John McConnell.

“People pigeonhole me as a ‘Ross guy,’” Spence said. “But I’ve done plenty of restorations that don’t look like a Ross course.”

Like Ross and Maples, Spence comes at architecture from the perspective of a golf course superintendent.

He grew up in Steele, Mo., in the state’s southeast corner — the “boot heel,” Spence says, where “nobody in town played the game but me.” Spence says he learned golf watching Nicklaus, Trevino and Watson on TV. Despite not having a high school golf team, Spence was good enough to earn a college scholarship to Arkansas State.

Following graduation in 1985, Spence was working for the legendary golf course superintendent Jim Ganley at the Atlanta Athletic Club, when John Hughes — then the owner of Greensboro’s Forest Oaks CC — reached out to Ganley looking for a young new superintendent. Ganley suggested he look no further than Spence.

Following Forest Oaks, Spence moved on to direct the construction of the Governors Club in Chapel Hill, before coming back to Greensboro Country Club for a decade. His design career was jumpstarted following his work on the Irving Park course in 1998.

“I’m married to a Greensboro girl and proudly call North Carolina my home,” Spence said. “Being located in North Carolina has played a huge roll in my career, mainly because Ross was so prolific in the state designing 50 courses.

“Another unique aspect of being based in North Carolina is I’ve worked on cool and warm season grass courses, and clay and sandy sites. Having that diversity in my DNA has come in very handy. North Carolina, South Carolina and Virginia are golf rich states with plenty of work to keep me busy, but not to far from home — which I liked when my three daughters were young.”

A large, neighborhood club with a younger membership established in southeast Charlotte in 1989, Providence has earned a reputation as one of the Queen City’s premier family country clubs. Providence’s avid golfing membership played more than 28,000 rounds last year. “I would describe our membership as very active,” Reardon said. “They don’t miss many opportunities to play.”

Spence’s renovation focused on reworking the green complexes without rebuilding them, especially the surrounds, converting the greens from bentgrass to Champion bermudagrass, and a complete redesign and reconstruction of the bunkering using the Capillary Concrete liner system. The new bunkers feature a combination of high sand flashed faces and slightly irregular rolled grass edges.

“These are some of the most beautiful and functional bunkers I’ve done in my career,” Spence said. “Every bunker serves a strategic purpose or sets an angle moving the hole from side-to-side. Providence was somewhat flat and straight before, now the holes sashay from side-to-side around through the bunkering creating tons of options.”

With Spence and the club’s maintenance staff working through challenging weather conditions in the spring and summer, Providence reopened slightly ahead of schedule at the end of August.

“The Providence project was a unique opportunity for me in that I was able to express a wider range of creativity versus most of my restoration efforts,” Spence said. “Mr. McConnell wanted a golf course that was fun to play, aesthetically pleasing, strategic, interesting with variety, difficult when it needs to be — but first and foremost one that the membership could be proud of. I certainly feel we delivered on that front.

“I want Providence to be unique unto itself, have a style and character all its own. I think the members will find that they have a course that they can be proud to show their friends and guests that is significantly different than their neighbors in the Charlotte market.”

Spence typically spends two or three days a week on site. “Actually, going onto the site is the part that people like to see, where I’m out throwing pin flags, I’m painting lines and I’m conferring with shapers,” he said. “I’m very hands-on and I’m in the field a lot. I approve every feature on every project. There’s a lot going on when I’m on site.”

During the Providence renovation, Spence drove back and forth to Charlotte when he was able, but after long days he spent the night at his place on High Rock Lake, about 45 minutes from the club.

Meanwhile, Spence was also flying down to Florida to oversee a major Ross restoration at Sara Bay CC in Sarasota, which was a winter hangout for Bobby Jones where he played exhibition matches against Walter Hagen and other well-known professionals of the day. Jones was even hired to help sell real estate for the original owner and development when the club was formed.

“Sara Bay will have the most authentic Ross greens in the state of Florida,” Spence said. “We utilized his drawings in laying them out during the shaping process.”

Closer to home in the North Carolina mountains, Spence is finishing a bunker, tee and fairway remodel project at Jefferson Landing, about 20 miles northeast of Boone. “We’re also designing a new nine-hole par-3 course near the clubhouse area as an added amenity for members and guests,” he said.

When Spence needs to refuel his creative juices, he occasionally travels across the pond to the game’s birthplace. In early June, Spence made his third trip to Scotland, this time with his brother-in-law and two nephews, playing a strong rotation of classic golf courses including Lundin Links, Carnoustie, the Old Course, Jubiliee, North Berwick, Gullane, Dunbar and Old Musselburgh — which they played with hickory clubs.

“This was my first time visiting the East Lothian area,” Spence said. “We saw a lot of great stuff. My focus was to improve my use of undulation and variety in the approaches of my work. I learned so much from my visit and can’t wait to return in a year or two.”