Quail Ridge: Rising from the ashes 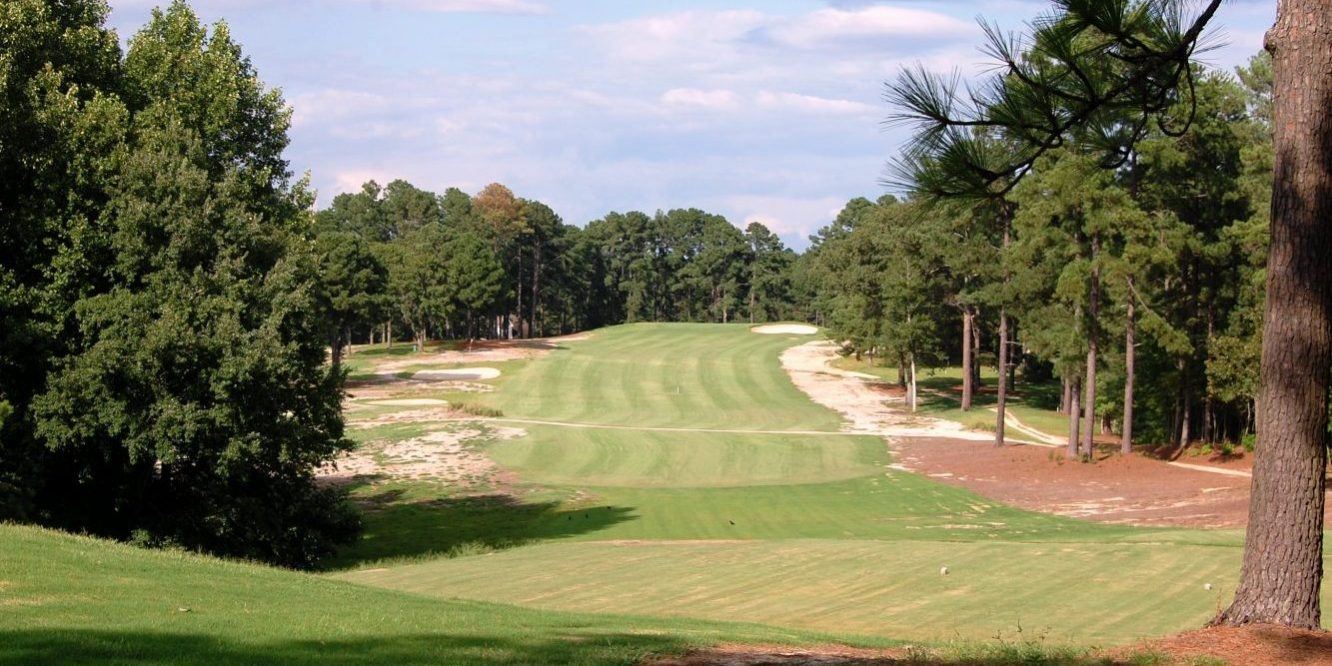 So just how did Quail Ridge Golf Club return to form after the previously dilapidated course had zero takers at auction?

A call from the Coca-Cola man, of course.

But this success story really has nothing to do with soda pop at all, other than a phone call between friends that set off a chain of events that has now placed Quail Ridge Golf Club back in the rotation for snowbirds heading south on U.S. 1 to Pinehurst, along with Triad and Triangle golfers.

“The golf club was in very, very poor shape,” said Mike Hendley, now one of three principal owners who have helped revive an Ellis Maples design that once hosted an ACC men’s golf championship and U.S. Open qualifier. “We bought it in January 2017. It was not closed but it was getting ready to be. They tried to auction it off and it didn’t work. There just wasn’t any grass out here at all, and the greens weren’t good. The fairways were nothing – they were actually sand.”

“It’s pretty bad when you can’t auction a place off,” added Joe Gay, the former director of golf at nearby Tobacco Road who left golf 2 ½ years ago to go into the restaurant business.

Gay, born and raised in Sanford, has briefly returned to the golf business to help promote Quail Ridge.

“I really wasn’t ready to jump back in (to golf) but I’m just stepping my toe in the water because I had a personal interest in this place being a hometown boy and my family’s roots run deep here,” Gay said. “You just want a place like this to thrive and now that it’s in great shape you want people to know about it.”

How far had Quail Ridge fallen since Wake Forest won the 1968 ACC title here by 31 strokes? Well, the snack bar/grill had been closed since 2004 and rounds were selling online for as cheap as $10.

In the course’s heyday it logged close to 30,000 rounds, but that number had dipped to around 8,000. “And that’s being generous,” said Randy Dallas, a consultant and course superintendent.

“I would say on a sale of 1-10 the course was a 2 when we sprayed it out,” Dallas added about the turf retooling effort that has taken place. “It was basically weeds. There wasn’t any grass here… I don’t know how people were playing.”

Well, they weren’t, and rumors pointed to apartments being planned for the 156-acre property. And that’s where the Coca-Cola man comes into play.

Hendley, one of the first two golf professionals here in 1967, received a phone call out of the blue in 2017 about Quail Ridge.

“The Coca-Cola guy was just a church friend,” he said. “(Current partner) Lib Kelly Smith had approached him because he’s very wealthy and they were friends. He said ‘Mike I have this friend that is looking at Quail Ridge and what do you think?’ I said, ‘it’s a good idea’ and Lib called me that night and wanted to know if I wanted to invest in it. I thought about it and thought about it and I felt it would be smart to do. I have done this because of the history. I didn’t know if I would make any money or not, but I knew if I didn’t then I could afford the investment part. This was in October 2017 and we closed it in January and went to work.”

Smith was in charge of redoing the clubhouse and opening the grill, while Dallas began the turf portion of the course’s $1.2 million investment.

The results have been staggering, with some of the nicest fairways and greens in the Sandhills area.

“I was a Sanford Golf Course guy back in the day and it was a treat to come over here and play,” Gay said. “This was like a country club with bent grass greens. Between this place and the Palomino Motel in the 1970s and ‘80s they were getting package play up and down the East Coast. Little ole Sanford, North Carolina, was hopping.

“This course was on the rotation for all of the golfers who played in Pinehurst,” he added. “That is what excited me for Mike, Lib and Jack Maxwell (the course’s third partner) because all these snowbirds have to drive right by this place to get to Pinehurst and Southern Pines. I think there is some untapped potential here now that they have it in great shape. There is a bright future here.”

Gay’s marketing ideas include a striking new entrance in plain view of travelers heading both directions on U.S. 1, and tee plaques that provide interesting factoids about the course and Sandhills golf.

“Just like any restaurant or golf course or anybody who serves the public if you have a bad reputation you can lose people within six months,” Gay said. “Once you correct all those things it might take 6 years to get them all back, especially around here because of the competition. We are the Home of American Golf and it’s true. Step one was to get the place in great shape. Randy has done that on the physical end, the 156 acres of grass are awesome.”

Now, Gay will spend the next 6-12 months getting the word out that “The Gateway to The Sandhills” layout is back … and open for business.

“In the golf business it’s always good to tie yourself to the Sandhills of North Carolina and at Tobacco Road we did that, and Quail Ridge sits geographically on the northern edge of the Sandhills,” Gay said. “If you dig down six feet you are hitting sand the whole way. This ancient beach when it receded left a sand deposit called the Sandhills and you are on the shoreline right here.”

“We have so many golfers that haven’t played here in 4-5 years that swore they would never set foot on this property again,” added head pro Traye Cooke. “They play it one time and they are hooked and now they play it 3-4 times a week.”