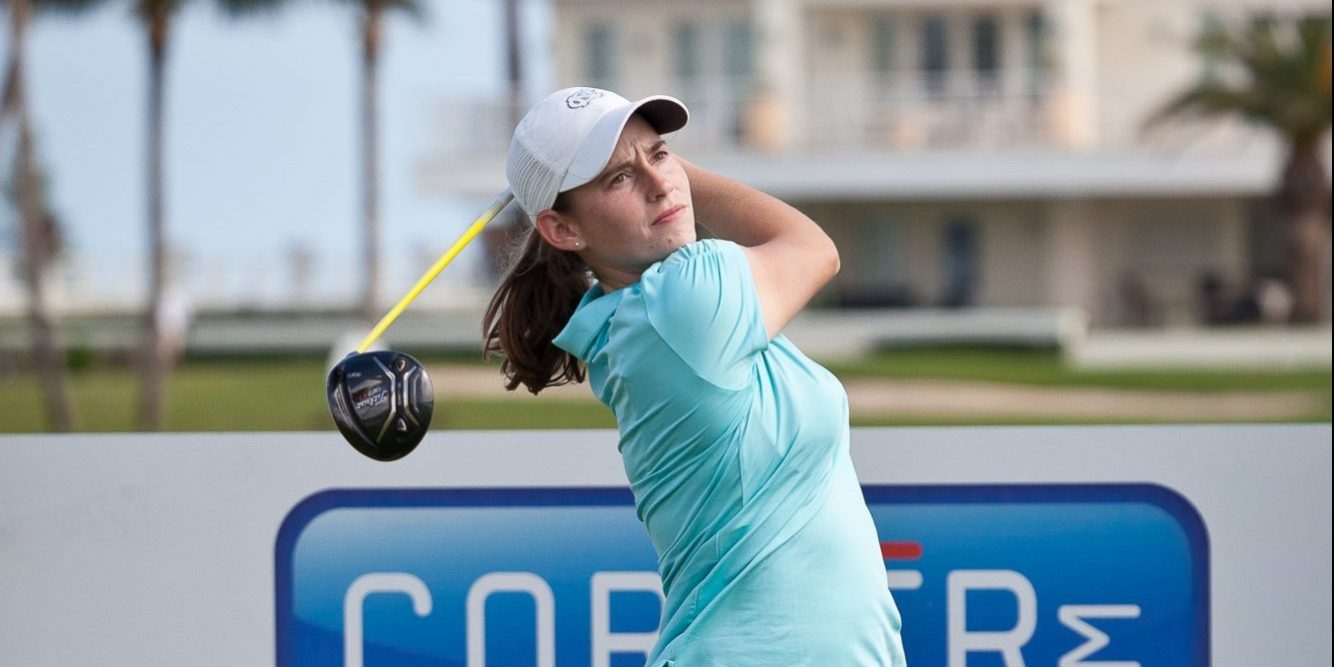 Katherine Perry Hamski remembers trying to play tournament golf as a young girl and finding it painfully obvious the directors had no idea what to do with the handful of females who signed on.

Do we pair the girls with the boys, those tournament directors seemed to be wondering? Or match them with one another and then let them go it alone?

“There’d usually be between five and 10 of us and they’d wind up throwing us in at the end, after the boys had already teed off,” Hamski recalled. “I think it was awkward for everyone.”

It’s awkward no more, and the Peggy Kirk Bell Golf Tour is one of the primary reasons. The PKBGT, which in 2016 celebrates its 10th anniversary, is an initiative of the nonprofit Triad Tour Golf Foundation.

Named for Peggy Kirk Bell, the golf legend who died in November at the age of 95, the PKBGT features 18-, 36- and 54-hole tournaments open to girls between the ages of 12 and 18. The tour also features a Collegiate Series for females between the ages of 19 and 25 who are looking for competition during the summer months.

There will be between 65 and 70 ranked events on this year’s PKBGT schedule (last year the number was 55). It’s not unusual to have as many as 100 players competing in a single tournament, many traveling across the United States. The tour features multiple series based on yardages, the elite Bell Division and the high school developmental Futures Division.

“They offered us stronger fields, stronger competition,” Hamski said. “College coaches came out to watch us. I wouldn’t have gotten a scholarship if it hadn’t been for the Peggy Kirk Bell Tour. I wouldn’t be where I’m at today.”

Hamski, 24, grew up in Cary and played collegiate golf at the University of North Carolina. After two years on the Symetra Tour (previously called the LPGA Futures Tour, the Symetra Tour is the official developmental golf tour of the LPGA), Hamski has qualified for the LPGA.

In the Pure Silk Bahamas Classic, the LPGA’s first tournament of the year played in January, Hamski finished 21st, a strong showing for a novice participant.

Hamski played parts of five years on the PKBGT and said she remains friends with many girls she met while doing so.

“It helped me reach my dream,” Hamski said. “It’s helping a lot of other girls reach theirs.”

Mike Parker is director of the PKBGT and, along with Robert Linville, the tour’s co-founders. Parker said that during the first 10 years of the tour’s existence, there were 800 graduates. Of that number 62 percent went on to play collegiate golf.

“That’s one of the things we’re very proud of,” Parker said. “The girls get exposure from college coaches they might otherwise not have received.”

“That shows the scope of what we’re doing,” Parker said.

He said that because so many girls begin playing golf relatively late compared to boys– in middle school or even high school — it’s important that the PKBGT be yardage-based instead of only age-based. It can be disheartening, Parker said, for a 16-year-old who has just taken up the sport to be expected to go out and compete immediately against another girl her age who might have already been playing for 10 years

“It lets them start in a place where they won’t be discouraged,” Parker said.

He said the tour has added a Georgia series to its schedule this year and more growth is expected.

Adams, 24, a graduate of Western Alamance High School and UNC-Wilmington, said she still reflects fondly on her days playing on the PKBGT.

“It was one tour everyone looked forward to,” she said. “Many girls I met on the tour, I’m still friends with. It was more than a tour, it was like a family.”

Adams said she knows she’s not the only PKBGT graduate who feels that way, and said many of the girls she played with credit the tour for getting them college scholarships.

“I grew a lot as a person and a golfer because of the tour,” Adams said. “I have a lot of sisters through that tour.”

Riley Smyth is a junior at Cardinal Gibbons High School in Raleigh and has verbally committed to the University of Virginia where she plans to play golf. Her mother, Gwyn, said the PKBGT is one of the main reasons Riley is excelling at golf.

“It offers highly competitive golf at affordable prices,” Gwyn Smyth said. “A family doesn’t have to spend a ton of money for their child to play.”

The Smyths moved from New Jersey to Raleigh about 2 ½ years ago. Gwyn said she thought the move might help her daughter improve her golf game. North Carolina’s climate is one reason she felt as much, knowing her daughter would have more opportunity to play in the South’s warm weather.

But Smyth said she didn’t know prior to the move what a difference the PKBGT would have on her daughter’s golf game.

“Up North, there weren’t a lot of tournaments for Riley to play in, and those that were available might feature only 12 girls,” Smyth said. “That’s what I love about the Peggy Kirk Bell Tour, it’s all girls. Girls aren’t just an afterthought.”

Smyth said the other thing she likes about the tour is the number of friends it’s helped her daughter develop, helping her adjust quickly to a new home in a different part of the country.

“They’re trying to develop the player,” Smyth said of those responsible for the PKBGT. “They have a great, great formula that works.”

Linville, who founded the PKBGT along with Parker, said he’s proud when he hears others speak so fondly of the tour. He said that when the tour was founded he wanted it to enhance the legend of Peggy Kirk Bell while also giving girls the opportunity to play on equal footing with their male counterparts.

Linville feels it has succeeded, but said he doesn’t deserve any accolades.

“Mike’s been the driving force behind the tour,” he said. “He’s the one who makes it go.”