Sykes retiring after 46 years of fun in the sun 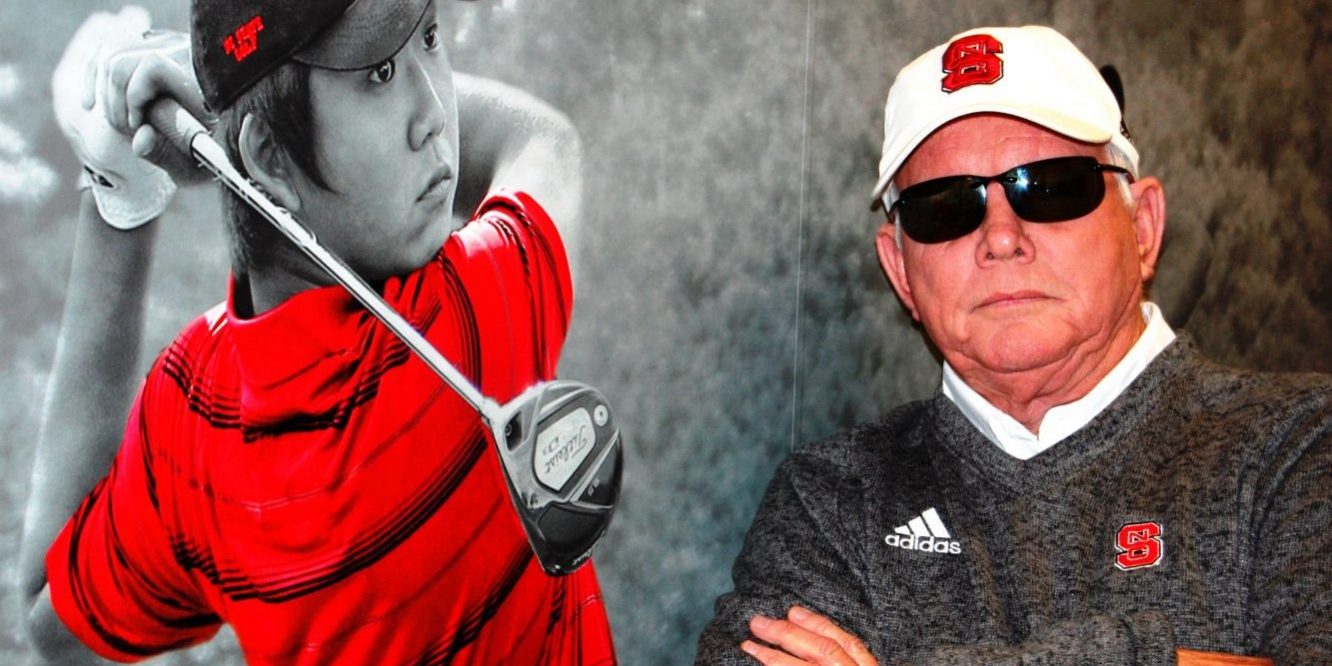 If you’re around Richard Sykes for five minutes and don’t crack a smile or double over laughing then you probably don’t have a pulse.

It’s open for debate whether Sykes saw more one-putts or fired off more one-liners in his 46 years as men’s golf coach at North Carolina State.

What is fact is the 72-year-old Sykes couldn’t have enjoyed himself more in his four-plus decades at the Raleigh school, making a sometimes tedious and stressful game competitive yet enjoyable for his players and contemporaries.

Sykes will retire at the end of the spring season, leaving behind quite a legacy.

“College golf doesn’t have a better friend than Richard Sykes,” said Clemson coach Larry Penley. “He has truly been a mentor to so many coaches, especially me. I know I could go to him with anything – about practices or about qualifying or how to handle parents. He would always have a very honest, abrupt answer — and it usually had a lot of humor attached to it.”

Penley still laughs about the time Sykes tricked him on his recruiting trip to N.C. State, telling him he would be going to a Wolfpack basketball game against Nevada. Penley, who ended up playing college golf with the Tigers and has coached them for more than three decades, assumed he would be getting to watch powerhouse UNLV. Nope. It turned out to be Nevada Reno.

“He and I still laugh about that until this day,” Penley said “He was exactly the same back in 1977 — just smaller.”

Sykes didn’t win the most Atlantic Coast Conference titles or coach the most All-Americans during his time at N.C. State, although he did mentor some of the golf’s top professionals in Vance Heafner, Tim Clark and Carl Pettersson. What Sykes did manage to do was accomplish a difficult balancing act between the course, the classroom and producing classy young men.

“Coach didn’t sugar coat things or BS anyone,” said Pettersson, a five-time winner on the PGA Tour. “It’s a quality that is rare and becoming harder to find.  But Coach also had the remarkable ability to read his players and know when to push harder and when to take some pressure off.  Winning tournaments was always a priority, but he valued his players for more than just what they could give him on the course. I couldn’t have played for a better coach or better person. In fact, without his input and guidance I possibly could have missed the opportunity to carry on towards a pro career. Even after turning pro, the relationship with Coach hasn’t ended. I still value his advice, his encouragement, and all that he does to remain involved with me, my career and my family.”

Sykes would likely describe himself as just a North Carolina country boy. That Southern cultural difference certainly didn’t hinder his ability to mentor golfers from around the globe, whether it was the Swede Pettersson, or fostering a South African connection that produced Clark, or a more recent Canadian pipeline in which Matt Hill, whose eight wins in 2009 under Sykes tied the NCAA record held by Tiger Woods for individual victories in a season.

Sykes graduated from N.C. State in 1968 and took over the golf program three years later with a starting salary of $200.

“Well, I got season football tickets from coach (Al) Michaels, too,” Sykes said of his starting salary. “I got a helluva raise the next year though; it went up to $1,000. It was just part time. I did it on my days off. I never thought it was going to be a career.”

He has never left, among other things helping usher in the construction of the school’s own golf course – Lonnie Poole Golf Club – and with it a sparkling new golf facility.

“I was just always worried about getting fired,” he said. “I never really had a contract. I guess I’ve been on one-year deals ever since. I’ve been hiding all these years. If you enjoy what you’re doing and you’re given the opportunity to keep doing it that’s fantastic. How many people go to work every day and get to do something they want to do? I always considered myself very lucky.”

Sykes has led the Wolfpack to 23 NCAA regional appearances, 12 appearances in the NCAA Championships and the 1990 ACC Championship. During his tenure, Sykes had 47 All-ACC selections and 34 All-Americans, and was inducted into the Golf Coaches Association Hall of Fame in 2001, proudly wearing the ring he was awarded.

“I’ve got several championship rings but this one is everybody’s ring because I didn’t hit a damn shot,” Sykes said.

Sykes has so many funny anecdotes – both on the off the golf course – they are too numerous to list. But a few stand out that are worth mentioning:

Fixing a player’s angle or alignment wasn’t necessarily the strong suit of Sykes. His approach to college coaching was more mental than physical, more practical than posture.

“I ain’t much of a yeller,” Sykes said of his coaching style. “They can hit all the shots but sometimes they don’t hit them at the right time. They can all play, but how many work on their faults, work on their minds, learn patience? No kid has patience, right? All those things come into it. It’s as much psychology as anything.”

“I was always impressed by how comfortable his players are around him and how much they feel at ease,” said son David Sykes, the longtime director of golf at The Heritage Club in Wake Forest. “They are not intimidated by him; not nervous around him; they don’t get uptight with him watching. I think he impresses upon all of his players that it’s just a game, and there are certainly more important things in your life than a round of golf or a score, but to have fun and to compete for the other guys on your team. He always told them that if you’re not enjoying it then there is no use doing it.”

When the final shot is hit for the Wolfpack this spring, Sykes will say goodbye to a job he loves. However, he won’t say good riddance to the game or the school that molded his life.