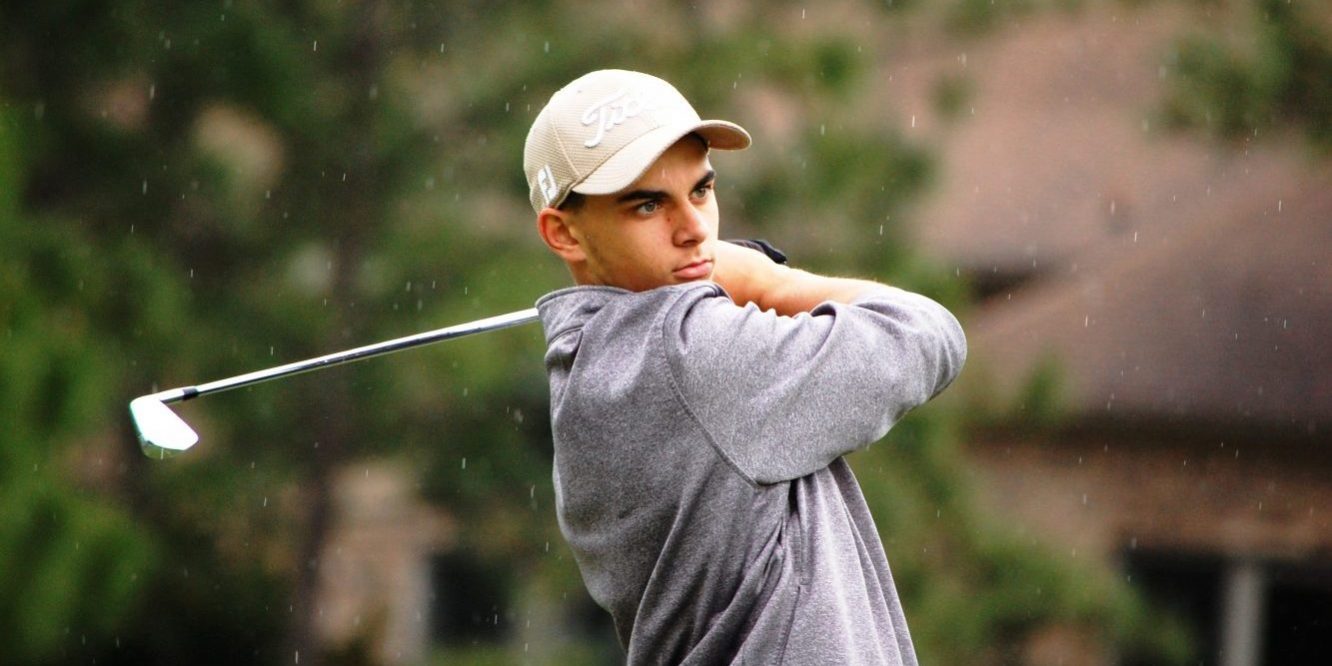 “I have been so fortunate to have been able to coach him this whole time,” said Beechler, the mother and coach of senior A.J. Beechler, who carded a pair of 68s on Pinehurst No. 6 to win the 4-A championship by one shot over Matt Sharpstene of T.C. Roberson.

“Players like Eric Bae and Josh Martin were really great players for him to look up to. He has really been working on his putting. His tempo is just right there. And he has really been focused this year – even though he has a girlfriend.”

The coach received quite an early Mother’s Day present as the Patriots won their third straight 4-A crown and fifth overall in the last decade. Beechler, who will play college golf at North Carolina-Greensboro, joins Bae (2015) and Jack Fields (2008) as individual champions from Pinecrest.

Last year, Pinecrest defeated Charlotte Myers Park by one shot, but there was no such late drama this time around, even though the Patriots trailed Green Hope by one shot heading into Day Two, with Myers Park another shot back.

Pinecrest shot 10 strokes better in Round Two and won going away, beating Green Hope by 13 shots on a cool and damp day.

“We didn’t give them a number to shoot because we’ve had confidence in their scores all season,” coach Beechler said. “They had the lowest average of any Pinecrest team we’ve had. They were very relaxed when they came out.”

“You know, repeating is hard to do,” added A.J. Beechler. “All the other teams keep getting better every year, too.”

Beechler led by one shot going into the final round and in the end needed to get up-and-down after hitting his approach to No. 18 over the green. He chipped to 5 feet and sank the putt that he needed to avoid a playoff.

Beechler also chipped in for a birdie on the 13th hole to help propel him to his 4-under-par round.

“I was talking to the Myers Park coach and said, ‘You know, A.J. makes a lot of these’ and right then he hits the shot and it goes in,” said co-coach Rich Wainwright. “He got off the ground when that went in.”

“That’s one of his favorite shots, to be able to chip it in. Every time he gets over the ball he feels he can chip it in,” added coach Beechler.

In the end, it was a total team effort of consistency for Pinecrest, with junior Ben Crow, who has also verbally committed to UNC-G, stepping up to card rounds of 72 and 71 to tie for fourth, while Drew Viney (T15th) and Attie Giles (T20th) provided grinding, solid rounds.

“The team worked hard with all the drills we do all year,” coach Beechler said. “Our favorite is they all can’t leave until they make a consecutive putt. So they have to make 10 putts in a row or they have to start all over again. That focuses them on the hole.”

“We’ve had good teams, and we’ve had good players, but I’ve never seen a team shoot so well as a team,” added Wainwright. “This team just could go low.”

Crow made a 25-foot putt on the 16th green, while Viney sank a 12-footer after changing putting grips for eagle on the 15th to help support Beechler’s remarkable play.

“Coming down the stretch coach just kept smiling at us and said ‘Just keep doing what you’re doing,’” Crow said. “There was no stress at all. We were really comfortable with what we were doing and we just executed.”

As the players hugged each other and offered fist bumps, Wainwright broke out a few sleeves of balls that had a simple word stamped in black — Threepeat.

The players were excited to accept his offering.

“We started that last year with repeat,” he said. “What is next, fourpeat? I think I’m just going to put MJ on the balls for Michael Jordan. It gives them something to shoot for.”

“Knowing the psychological part plays into it, too,” added coach Beechler. “Just like each student, each athlete is an individual and you have to know what they need at a certain time, when to back away and when to push.”

And when to just be a mom.

“She’s being modest when she talks about A.J.,” Wainwright said. “He’s a heck of a player.”