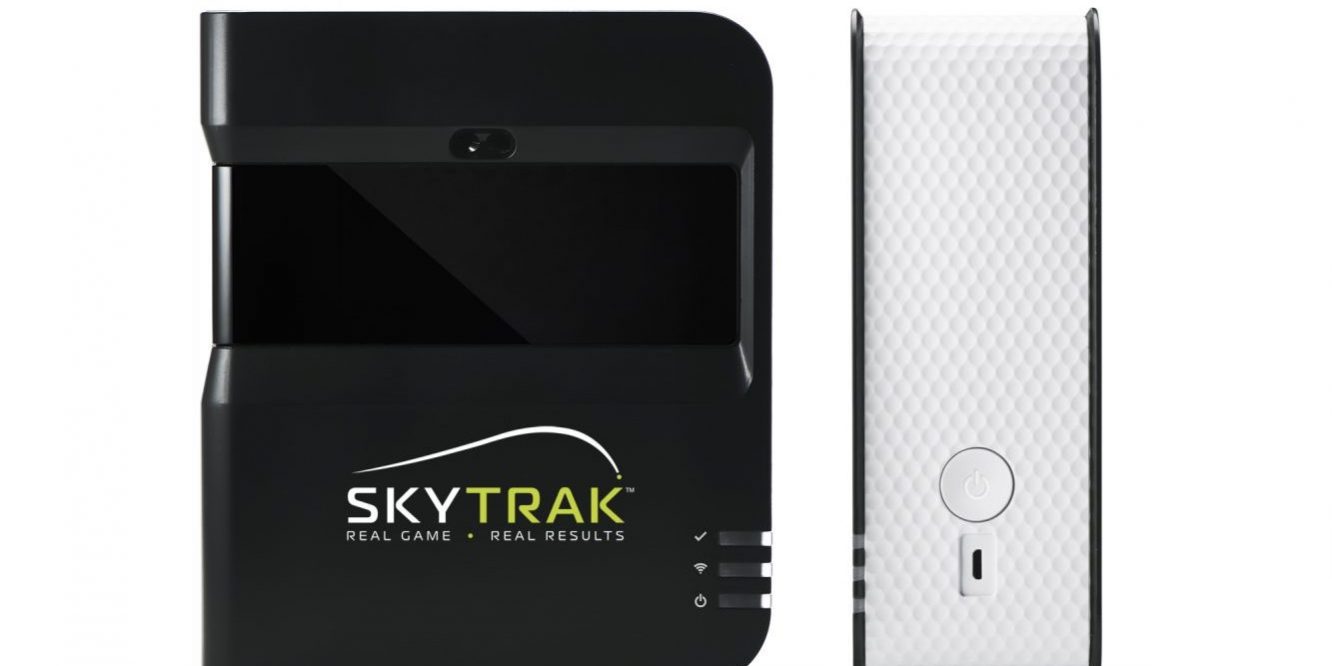 Ten days is all Mike Thompson needed to receive the first return from his investment in a new SkyTrak launch monitor.

Playing in a Virginia State Golf Association’s Senior Open qualifier, on a Meadowbrook Country Club course he had never seen before last year, Thompson, of Richmond, Va., fired a 67 to win the qualifier. The score was also the lowest of the six qualifiers around the state.

“I know I found something in my swing because of my using the SkyTrak, there is just no doubt,” said Thompson of the personal launch monitor, game improvement and golf simulation system.

Thompson initially purchased the basic SkyTrak, which retails for $1,999. He has since added the Game Improvement and Play and Improve packages, which are $99.95 and $199.95, respectively, per year.

SkyTrak is a simple black box that is about the size of a thick novel and captures thousands of data points as a club makes impact with the golf ball. The system determines the ball’s rate of speed, launch angle, back and sidespin and side angle.

Coupled with the various packages, the system becomes a game changer in many regards. A golfer can customize the wind, weather and altitude; can select easy, medium and hard targets to hit on the range; and can create challenges such as long drive and closest to the pin contests.

Since partnering with World Golf Tour in early 2015, SkyTrak has also reached agreements with The Golf Club, Jack Nicklaus Perfect Golf and TruGolf (e6) to expand its reach through golf simulators. That reach allows a golfer to virtually play some of the world’s greatest courses or gives them the tools to design their own courses.

“The fact that I knew it was accurate made me want to practice more and more,” said Thompson, who considers himself a scratch golfer. “Then SkyTrak came out with the ability to play other courses … honestly, my brother teases me that I would almost rather play and practice in my garage on the simulator than go play 18 holes.”

Thompson’s testimony validates what Don Thorup, president of Winston-Salem-based SportTrak, envisions SkyTrak being — that of being an affordable, accurate and extremely diverse system.

“It gives someone a tool for what we call purposeful practice and or measureable practice,” said Thorup of the SkyTrak system. “It gives them scores that keep them coming back to beat. To some extent it becomes a game. Simply it’s just a way to practice and get better.”

Considering that SkyTrak provides professional-grade analytics, along with the ability to practice and play in the comfort of a home or garage — anywhere a club can be swung comfortably — an obvious question is, why even go to the golf course any more?

Thorup uses the analogy of SkyTrak being no different than a basketball goal in the driveway. The goal affords an easy opportunity to practice, but does not take away from the actually playing experience.

“You don’t part ways with the social interaction or the connection to the sport,” Thorup said. “You still stay involved and that’s what we’re trying to do. Actually, we’re encouraging people to go play more because one of the things is it’s such a bloody hard game to play and play well, that if you can get better at it, you’re more likely to get in the car and go play instead of passing up that opportunity.”

Thompson has his SkyTrak set up in his garage.

“During the golf season, I try and play [actual rounds] two or three times a week,” he said, “but during the winter, I’m probably on the SkyTrak every day. I just want to get better and it’s fun.”

For the longest time, Thompson eyed owning a TrackMan Golf launch monitor — what is considered the gold standard of launch monitors — but there was one problem, the nearly $20,000 price tag.

Since SportTrak and SkyGolf merged their respective expertise in November 2014 to create SkyTrak, it has become an affordable option.

“We’re selling it to consumers and also commercial accounts who are using in their teaching and fitting,” Thorup said. “One of the keys here is that it’s not a toy or a gadget and it’s not a $50,000 simulator.”

SkyTrak continues to evolve, as well.

While Thorup coyly sidestepped what improvements may be in the future, he was willing to trumpet the recently released Skills Assessment feature to the Game Improvement category.

Up to 10 target stations can be created and a golfer can work through the bag, hitting as many shots at each station. Each shot is tracked and a report is generated with the results for green accuracy, consistency and shot dispersion, and tendencies. The data identifies strengths and weaknesses in a golfer’s game.

“You don’t have to do all 10 targets, you can, for example, focus on wedges at different distances and at different points on the clock face,” Thorup said. “Those are the kinds of things that you can turn into a real measurable practice. You can do that on the range, but if a golfer’s eyes are like mine, once the ball has flown a certain distance I don’t know if it’s flown 60 or 90 yards.”

Thompson wasted no time in adding the Skills Assessment, which debuted in early September, to his system.

“I’ve got my clubs dialed in to within a yard now and I’ve never had that,” he said. “So when I go out on the course, I check the wind and distance and all of that, but I have complete confidence in my distance control. That’s a good feeling.”

Those words are also music to Thorup’s ears.