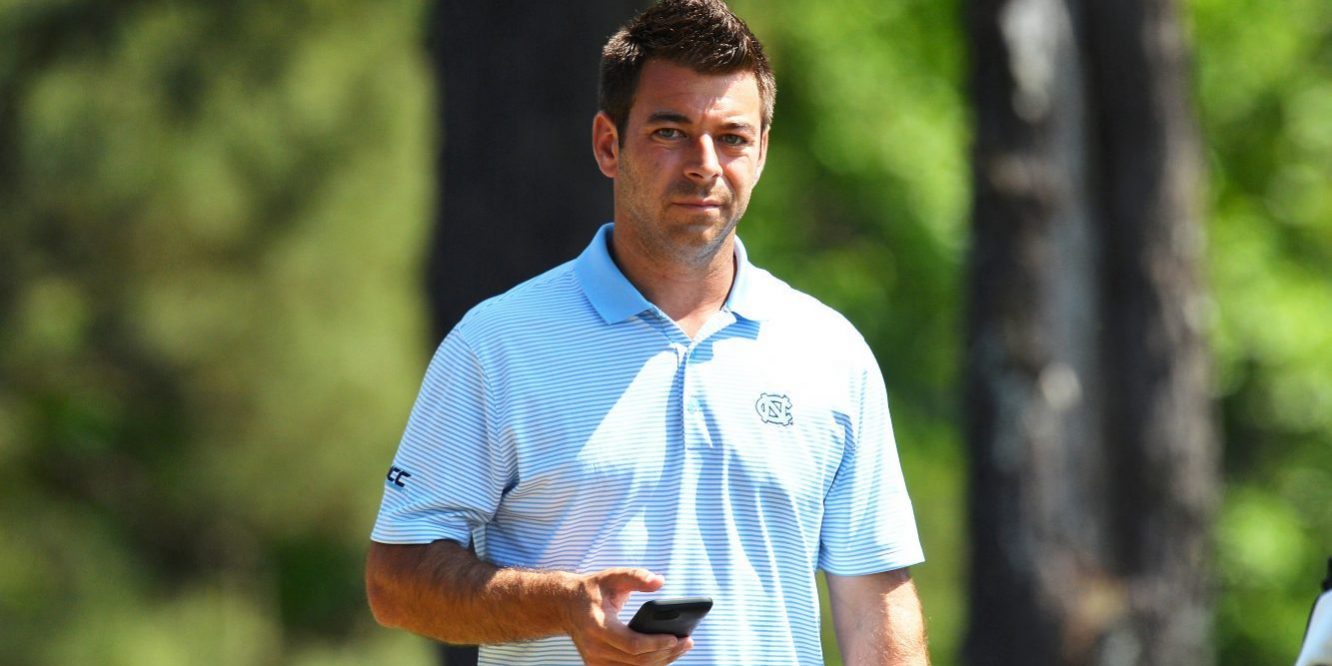 Andrew DiBitetto is in an unlikely situation, coaching a major Division I golf program at the age of 31.

He’s on the young side, but he’s well prepared to be the head coach at University of North Carolina, a position he earned in July after the dismissal of Andrew Sapp. He may not have all the coaching boxes checked yet, but he’s working on the list.

“With anything in life, there’s a learning curve,” DiBitetto said. “You’re out recruiting with and against so many of the other top coaches. Coaches across the country are fantastic. You can walk down the cart path or be on the tee box with another coach and you can pick their brains: ‘What is your philosophy? How do you do qualifying?’ I try to be a sponge and learn from anyone who is willing to share information.”

DiBitetto has a leg up on that learning curve. He spent the previous six years as the Tar Heels’ assistant coach, the final three as associate head coach.

“To be at a place like this, you’re able to provide these young people with a first-class education and combine that with a first-class athletic experience,” he said. “There are only so many schools in the country that can truly say that, and it’s something I do not take lightly.”

“The guys know I’ve been there and done that,” said DiBitetto, who was an assistant at Charlotte after he graduated. “Now, I didn’t win a national championship, but to take a program like UNC-Charlotte that far it’s something that’s special to me, and I get to learn from that. It’s not about what I did and what my teammates did, but it’s an understanding that we all need to realize what it takes to get to a certain level.”

DiBitetto is now focused on the kind of coach he wants to be. The dynamics of leading a golf program are different from team sports, where coaches evaluate how players’ skills work with teammates. In golf, a coach relies on a unique set of tools. During tournaments, for example, he follows his players around the course to provide support – while trying not to be a distraction or a burden.

“I love to be with one of our guys for 18 complete holes,” he says. “I believe in rhythm and flow. Sometimes when you’re bouncing in and out, it can positively affect it. But if a guy is 5 or 6 under par, and you jump in, you can rattle him a little bit.

“It depends on the situation. I try to take my coaching hat off and put my caddie hat on. You really have to know your guys. You know you can say something in a moment and it’s going to help him. One guy you might need to make a joke to kind of lighten the mood. Another guy, you might need to get in his face a little bit. Each guy is different.”

Like most high-level coaches, DiBitetto has a firm grip on what it takes to be successful. He takes over a North Carolina squad that finished 18th at the NCAA Championships in 2017 following a 10-year absence for the program. But even with three returning seniors, the coach cautions that success will not come easily.

North Carolina expects to be a strong squad this year with seniors Ben Griffin and William Register, who begin their senior seasons tied for second in UNC career stroke average.

“We’re deep and we’re talented, but I don’t think that’s enough,” DiBitetto said. “To be one of the best teams in the country there’s a whole lot of small details that will mean a lot of us: having high golf IQs, having proper attitudes, being resilient. We have to be competitive at practice and in qualifying on a daily basis. We’re going to go to work on the small details every day that are going to make a difference.”

And DiBitetto will work on his own finer points, the ones that will determine his success as the leader of UNC’s golf program. He knows he’s in the right setting, working with a team. The only time he ever felt like an individual athlete was after college when he played on a pro development tour and at PGA qualifying school.

“My entire life, I’ve been a team guy,” he said. “I grew up playing hockey. I was always the captain on those teams. For the first time in my life, I was out there (competing) on my own. I was still motivated and driven, but I felt different, almost selfish in a way. I just got more joy and satisfaction being around young people and helping them.”