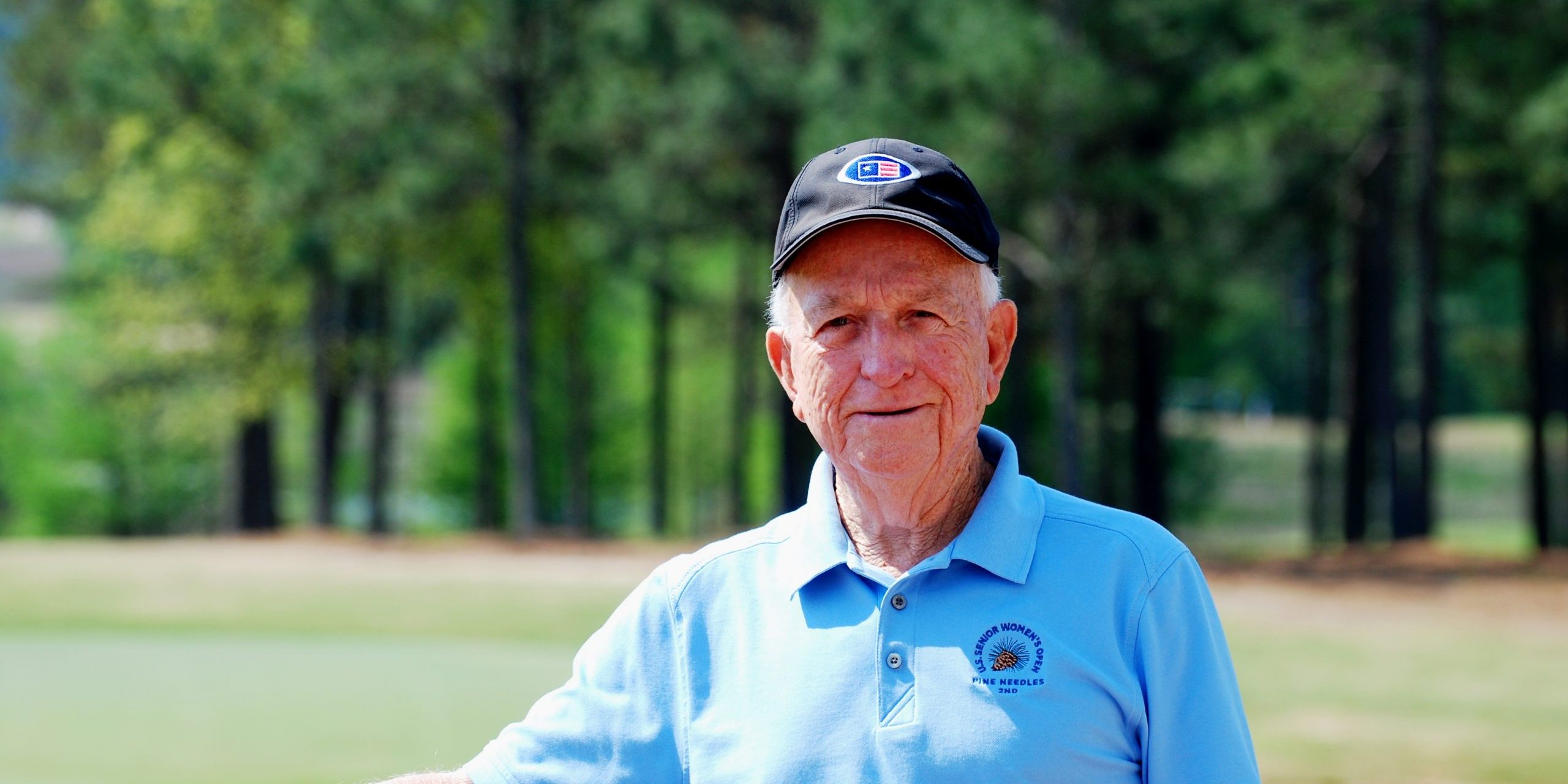 Richard Lawson has led a life that is beyond interesting and intriguing.

He spent the “working portion” of his career as a government contractor designing and executing United States missile defense systems. The last two decades, Lawson has been the “behind the scenes” engine to help fuel Pinehurst-area volunteers for such high-profile events as U.S. Opens and U.S Kids Golf World Championships.

Few across the nation do it better than Lawson, who blends organizational skills he fostered while working as a CIA contractor for AT&T Bell Labs in Burlington and Greensboro with the ability to delegate authority to team volunteer leaders.

And the 86-year-old Lawson shows no signs of slowing down. He will be organizing several hundred volunteers again this summer for the U.S. Kids event at more than a dozen Sandhills golf courses, and is a vice-chair for volunteers for the U.S. Women’s Open at Pine Needles in 2022.

God willing, Lawson will be around for the U.S. Open at Pinehurst No. 2 in 2024 – a decade after he led a team of 3,000 volunteers for the historic back-to-back men’s and women’s national championships at Pinehurst Resort.

“It was suspected that that would be a one-time event and it has been and I believe it will be,” Lawson said the massive undertaking of staging two major championships on the same golf course on consecutive weeks. “It was a unique experience for all the volunteers, and something they will never forget. I know I won’t.”

Lawson holds post graduate degrees from N.C. State and Duke, and began his volunteering career in North Carolina with the U.S. Open in 1999. During most of the USGA championships in the last 20 years staged in and around Pinehurst, Lawson has been in charge of organizing volunteers for on-course duties such as marshals, scoring, pace-of-play and standard bearers.

PGA Tour and LPGA players, along with the world’s up-and-coming star amateurs, have come to town to compete and then departed for the next challenge while Lawson has remained a constant rock for tournament organizers, who rely on his expertise, knowledge and leadership skills to help seamlessly execute events.

“Richard is a lot like the man behind the curtain, working feverishly to make sure all of the volunteer leaders are in place, and every volunteer position is filled,” said Peter Stilwell, who helps organize the U.S. Kids Golf World Championship. “He is truly a wizard at organization and leadership, and his love of the game of golf and passion for the events he operates is second to none.

“Richard treats every event he is involved with like a major championship,” added Stilwell. “For 16 plus years he has worked diligently to make sure every player from around the world has the opportunity to feel like they are playing in a major tournament. He takes great pride in knowing that many of the kids who have played their way through the U.S. Kids Golf World Championship in Pinehurst are competing in today’s Major Championships.”

Volunteer work at golf events is a vital cog in a tournament’s operating plan. Most of the jobs require hours in the hot North Carolina sun, with no pay. A lunch, a few bottles of water, a T-shirt and the experience of “rubbing elbows” with the players is the allure.

“They couldn’t run tournaments economically without volunteers, that’s for sure,” Lawson said.

Lawson has been married twice, each time for about 30 years. And he will also go to his grave with some top-secret U.S. intelligence that to this day he can’t discuss. However, he did hit on a few interesting jobs he was assigned to during his career, some of which occurred 50 years ago that he now feels comfortable talking about.

Lawson was involved with the defense system surrounding a conflict in Cuba during the tenure of President John Kennedy, as well as conducting atmospheric nuclear weapon testing systems, one of which required Lawson to design a program that would mount a nuclear warhead on the front of a missile and fire in such a position that it would explode in front of an ICBM.

“I spent 81 hours one week working on that system,” he said. “It certainly was an interesting career.

“I ended up as a senior vice president so I had a lot of people under me, so I had to organize and pick leaders who could take sections of a job and execute it,” he said. “Same thing with volunteering – I have 20 leaders and they are each assigned a particular function.”

With so many moving parts, has Lawson ever woken up at night in a cold sweat, thinking he forgot a certain task?

“No way,” he said, laughing. “I have mostly everything stored in my mind. Sure, you have to keep records on a computer and I have organization charts for the leaders, but I don’t write down the day-to-day activities. The secret to me is making sure you have leaders who know how to take responsibility and go do their jobs, then during the event it’s usually a relaxing time to me.

“There are always a couple of things you can look back and realize they could have been done better but mostly we’ve done it for so long that it’s a pretty smooth running machine.”

Lawson also doesn’t necessarily compare notes with any of his counterparts at other tournaments across the state, particularly for the massive U.S. Kids event.

“It’s so different. We use 12-13 golf courses for that championship; all these other events use just one golf course,” Lawson said. “It’s a totally different function. I burn a couple of tanks of gas running around between all of the golf courses during the week’s events.”

From the USGA to local championship organizers such as Stillwell with the U.S. Kids event, Lawson is just as important – if not more key – than the high-profile winner holding the trophy aloft.

“Richard has been the leading advocate for the U.S. Kids Golf World Championship for over 16 years,” Stilwell said. “He understands the value of having kids from around the world competing in Pinehurst, and taking the positive experiences they had while in our community back to their countries.”

“I do it because I like people; meeting new people keeps me motivated,” added Lawson. “And it’s a good way to create camaraderie for the whole area.”