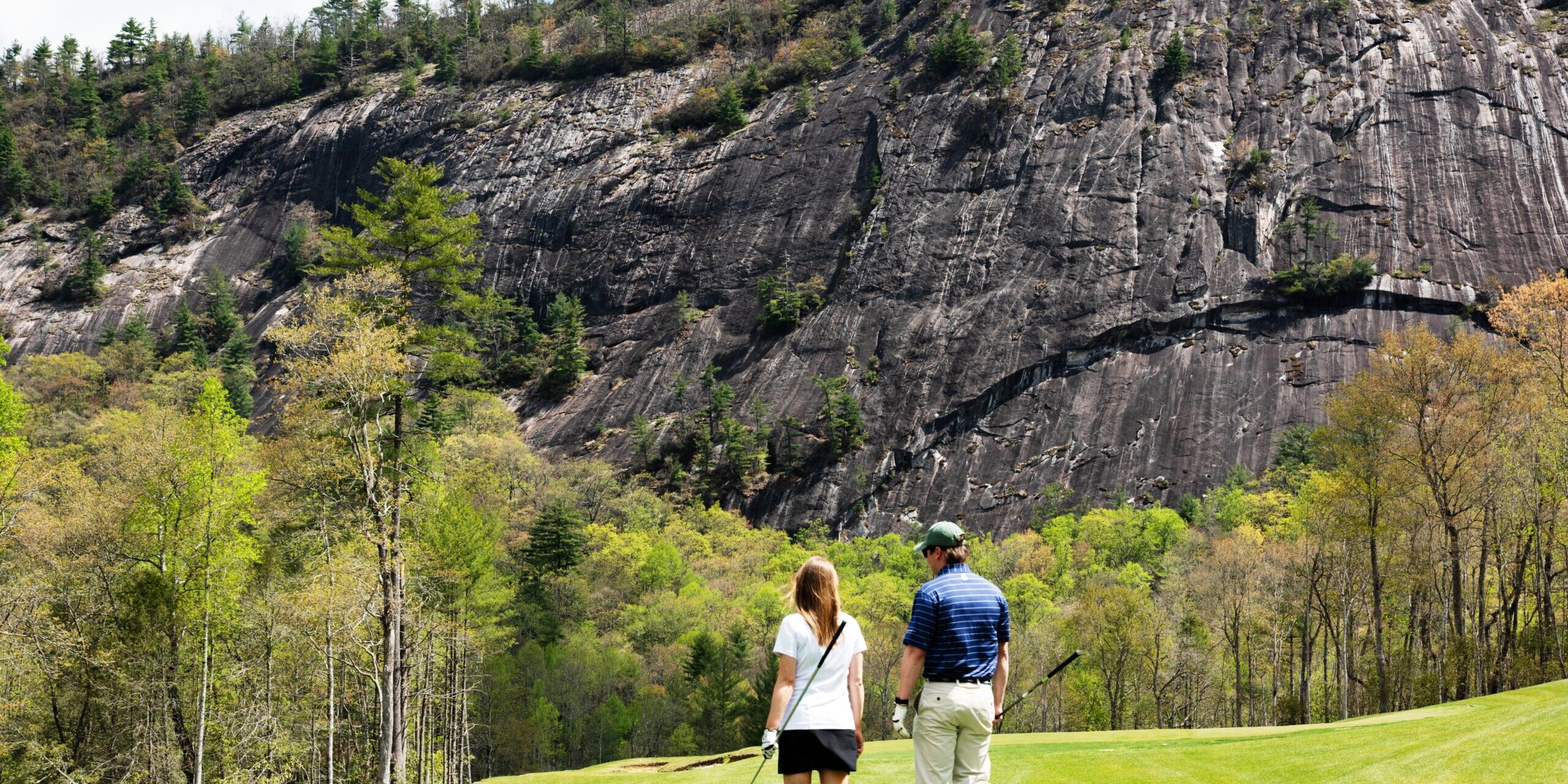 Considering his stellar work across North Carolina, it’s only fitting that favorite son Tom Fazio would be behind the design work of the first golf course to open in the state in five years.

The “new” High Hampton was unveiled in late May to its members, and will start taking resort play in early July.

The previous site of the golf course housed a 6,002-yard executive layout designed by George Cobb. The course, which features a massive rock-faced wall, had no sand traps and didn’t have much flair. Fazio, who still has an office in Hendersonville, was tapped to come in and create what will be his 19th golf course in the Tar Heel state and fourth in the Cashiers area of Jackson County.

“Without question it’s a new golf course,” Fazio said told Triad Golf Today. “I was just asked that by the owners the other day. They asked, ‘what do we classify it as?’ First of all, you classify it by how much you spent, so what do you think it is? They spent a lot, a lot of money. But that’s what it takes. Nobody would call this course an addition or a renovation. It’s a totally new golf course.

“From the land that was golf that we did use we added another 40 percent more land to that envelope to create the golf course that is now there,” added the Hall of Fame architect. “It’s off the charts. I say it is Pebble Beach quality.”

Prior to High Hampton, the last new golf course to open in North Carolina was Compass Pointe in 2016 in coastal Leland, south of Wilmington. It was designed by Rick Robbins.

Fazio’s portfolio in the Cashiers area itself is beyond impressive, with the likes of Wade Hampton (1987) — recently ranked as the No. 1 golf course in North Carolina by Golf Digest — Headwaters (1999) and Mountaintop Golf and Lake Club (2006). Champion Hills is also in nearby Hendersonville.

High Hampton has been a summer retreat in the North Carolina mountains for nearly a century. The property was originally constructed on 450 acres in the late 1800’s. In 1922, Mr. E. Lyndon McKee and his wife, Gertrude Dills McKee, of Sylva, renovated the property, adapting it into the High Hampton Inn, which later would become known as High Hampton. High Hampton currently resides on over 1,400 acres near the Nantahala National Forest.

High Hampton is a partnership of passionate families and groups dedicated to revitalizing the iconic Cashiers destination. The team behind Blackberry Farm, along with guidance from the Beall Family and Sandy Beall, oversaw the revitalization of the historic inn, cottages and restaurants within the inn, while Arlington Family Offices and Daniel Communities, Blackberry’s partners in the overall property project, focused on the redevelopment the golf course and development of new club amenities and private ownership opportunities.

Fazio said existing homes were on the property, but that 200 additional lots sold out before the course, with spectacular views of Rock Mountain, Chimney Top and Whiteside, opened May 20.

“I think High Hampton will be compared to High Hampton, but it’s very different, which is also good,” Fazio said,. “And Mountaintop is a couple of miles away as the crow flies, and that’s different, too. They are very different environments; they face adjoining mountains but they look different ways, with a rocky face mountain different then a chimney top hill. If you look at all the courses we’ve done in North Carolina, from Champion Hills to Wade Hampton to Mountaintop to Eagle Point, they are all different, they are all custom individual courses. None of them look alike, which is our general M.O., and that’s what we like doing.”

Fazio, who turned 76 in February, said expectations of golf course designs have certainly changed over his lengthy and brilliant career.

“When we did golf courses in the 1960s the best response you could get as an architect was ‘when this course matures it’s going to be very, very good,”’ Fazio said. “Well, today that is failure because the day it opens people compare it to the best place they have ever been because there have been so many new golf courses created in the last 30 years. If you look at North Carolina, and go play one of my brand new courses like High Hampton, what are they going to compare it to? Well, Wade Hampton. Where is Wade Hampton ranked? Well, best in the state. That’s all people care about, but that’s our job.”