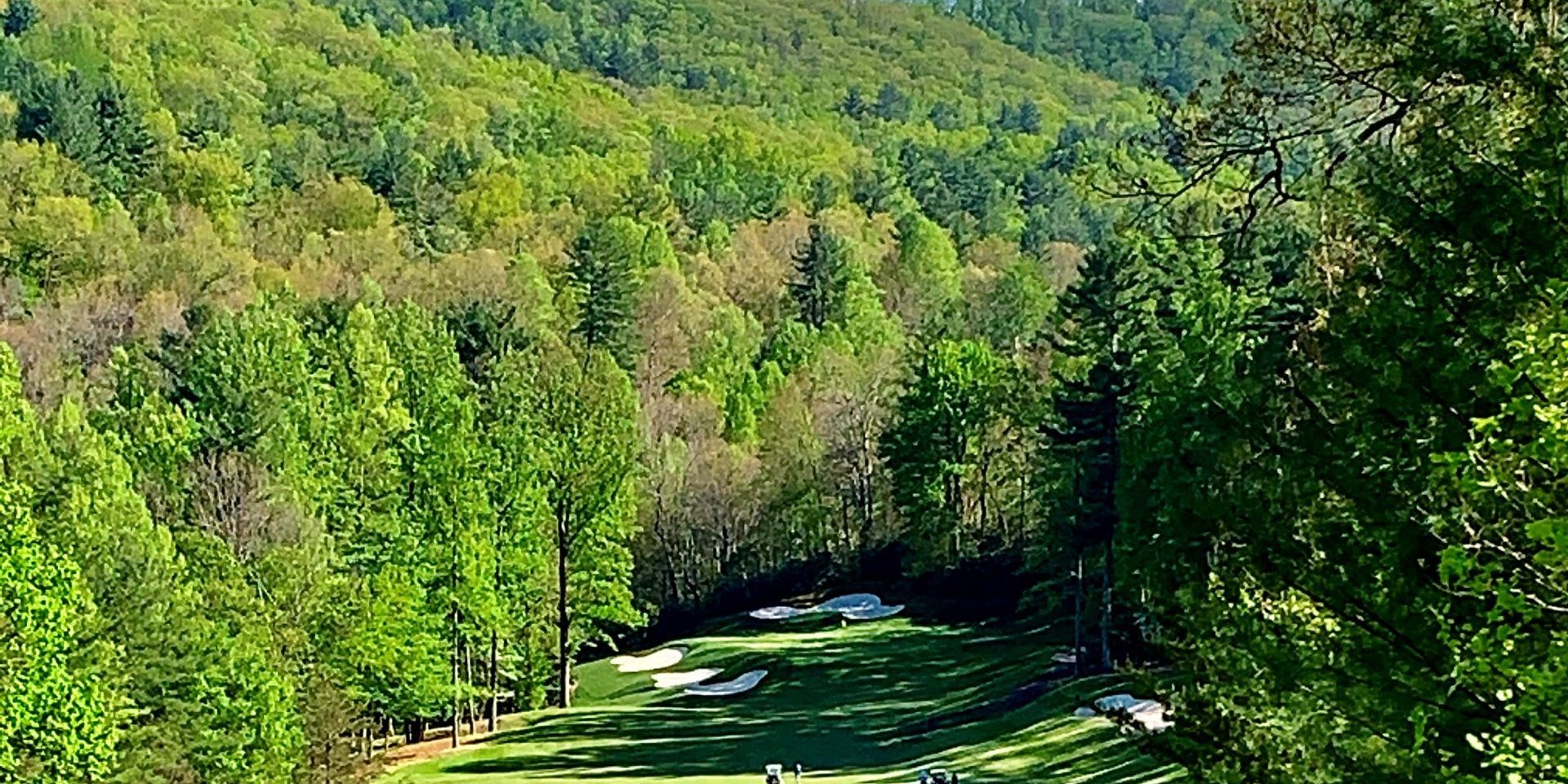 “All of these things come with the territory and then it’s just a matter of how you fit it in, how you make it work,” Fazio said.

One of Fazio’s “early designs” was Champion Hills outside of Hendersonville, a 6,527-yard layout situated at elevations that reach to 3,000 feet yet the area retains a temperate four-season playability that has allowed the private club established in 1988 to gain in popularity over the last decade.

Course executives have noted a recent trend where dozens of folks have sold their second homes in warmer climates and moved to Champion Hills permanently, while others from out-of-state have been lured to the club by its spirit of community, stunning scenery and spectacular signature Fazio golf.

“People coming here are golf fanatics and looking to come to this fabulous town in western North Carolina that has a great reputation for a place to be, a great place to retire and enjoy all the environments that are here,” said Fazio, who still maintains an office in a building he purchased along Main Street.

“We used to call it the ‘offseason’ and now we call it the winter season and the summer season,” said Champion Hills general manager Dana Schultz. “If the weather is good for a 10-day stretch it’s not uncommon that we’ll have a chili cookoff or something like that to get people out golfing.

Fazio hand-picked the property that would comprise his “home course” layout that is affectionately called his “Mountain Masterpiece.”

“Fazio’s big demand was to touch it before any real estate touched it, so he got to lay out the course the way he saw it and that was very unusual for the day,” said Heather Myers, director of membership at Champion Hills.

“This is one of his original courses and Tom has a lot of passion for Hendersonville and this golf course, and it shows every time he is here,” added Schultz. “He raised his kids in Hendersonville. Prospects know that and they are often reminded that it’s home for Tom.”

Hendersonville, with a population of around 15,000, is located about 100 miles from Charlotte, 170 miles from Atlanta and 250 miles from Raleigh in a quaint corner of western North Carolina that is a peaceful throwback to yesteryear with a downtown filled with culinary treats, craft beer and delicious desserts.

Myers notes that 63 percent of Champion Hills members and residents are now classified as year-round, compared to around 40-42 percent a decade ago.

“We do have bent grass greens, tees and fairways so the golf course is pretty all year long,” Myers said. “The change in year-round members has been pretty cool to see. That doesn’t mean our people don’t travel in January and February, but they are gone for just a couple of weeks and then they come back. It is never really fully quiet here.”

The expansive clubhouse, sitting at one of the highest points on the property, features breathtaking, panoramic views of the surrounding mountain range, and farm-to-table food from local farms.

“This view does not get old — not in any season, not in any weather,” Myers said. “Even when it is foggy, and it rolls out it looks kind of mystical. Every season is perfect here.”

“For me, designing Champion Hills was like second nature, like taking candy from a baby,” Fazio said of the prime property and his affinity for designing mountain courses.