North Carolina place to be for PGA Tour golf in August 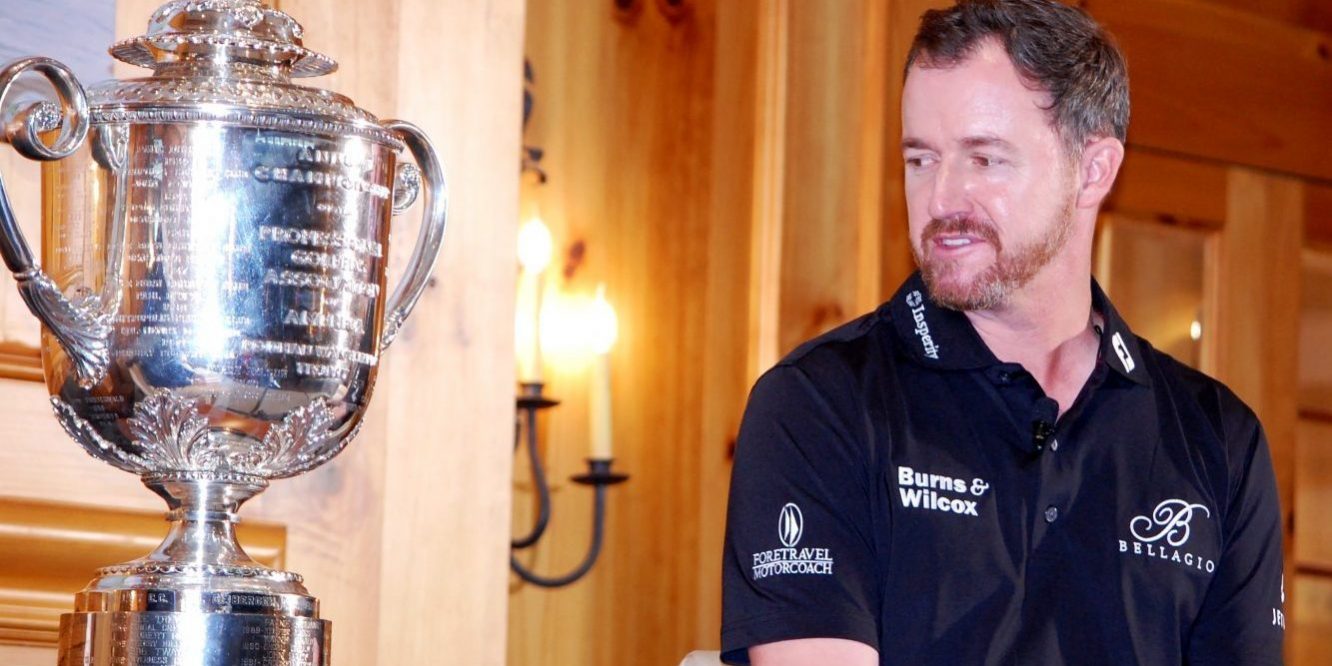 If you love golf and love the state of North Carolina, then you will love the month of August here.

For the first time ever, North Carolina will host PGA Tour events in consecutive weeks with the PGA Championship set for Aug. 10-13 at Quail Hollow Club in Charlotte, followed the next week by the Wyndham Championship at Sedgefield Country Club in Greensboro.

Pinehurst Resort did host back-to-back majors in 2014 on Course No. 2 when the U.S. Open and U.S. Women’s Open were staged, but the state has never hosted the best men’s players in the world two straight weekends with a combined $16.3 million up for grabs.

“I’m always excited for others to have an opportunity to understand what the people of Charlotte and North Carolina are all about,” added Quail Hollow Club president Johnny Harris, one of the most influential men in Tar Heel golfing circles. “When people come and meet us they really connect with us. When you bring in the best players in the world you are going to have people here from Japan, New Zealand, China, other parts of the world, and you never really think about interacting with them in the Carolinas but that is going to happen. And put that together with the game we all love and it’s going to be a very positive atmosphere. Charlotte is one of those places that opens up its arms to guests, so we are excited about showing off our city and our state — and also showing off this great golf course.”

Under the direction of Harris, Quail Hollow, which was originally designed by George Cobb in 1961 and redesigned by Tom Fazio in 1997, has become one of the PGA tour’s top destinations outside of the majors while hosting the Wells Fargo Championship each May. This year, the Wells Fargo was moved to Eagle Point in Wilmington as Quail Hollow was closed for some major course renovations, again under the direction of the Fazio design team.

The new changes to the course were staged under an ambitious time table. Construction began May 9, 2016 and the course reopened Aug. 6 – an 89-day turnaround.  Over 80,000 man-hours were required to complete the project with 43 acres of sod installed and 200,000 pounds of earth moved.

Three new holes – Nos. 1, 4 and 5 — were built. Trees were also removed and a new greenside bunker added to the 9th, while No. 11 was lengthened by 34 yards. In addition, all 18 greens were resurfaced with Champion Ultradwarf Bermudagrass, approach areas, tees and collars were re-sodded with ¼-inch-cut Tifgrand and  bunkering was re-edged and freshened with new sand — the same type used at Augusta National.

Kerry Haigh, the PGA of America chief championships officer, laughs now when recalling the phone call from Harris saying he and Fazio wanted to come to West Palm Beach, Fla., to chat.

“My recollection of Johnny’s visit is a little different than his,” Haigh said. “He sort of called up and said Tom Fazio and I want to come down and just visit and we have a couple of ideas. And I said, ‘Great, come on down, we would love to see you both.’ I was thinking maybe they wanted to tweak a bunker here or there. They came into our board room and laid out these plans on the table. Luckily we were sitting down. It was 16 months before the 99th PGA Championship and they wanted to totally rebuild three holes and change the green on No. 11. After I had a glass of water and breathed a little bit I said, ‘Are we serious here? Let’s talk about this. Can you really do this?’

“We had the trust in Johnny, Tom Fazio and the club to get this done,” Haigh added. “We went into a full-court press for 90 days. I’m not sure there is anywhere else we could have had that faith to commit to such changes to what was already a fantastic golf course, a course that the players really talk about positively. That’s one of the main reasons we choose to come here.  Everything they do here they want to be the best – and that’s what major championship golf is about.”

The last time the PGA Championship was staged in North Carolina was 1974 when Tanglewood Park in Clemmons saw Lee Trevino take home the Wanamaker Trophy.

Wow, how things have changed in 43 years. Trevino held off Jack Nicklaus by one shot to win $45,000. Last year’s PGA championship winner – Jimmy Walker — pocketed $1.8 million and more than 200,000 spectators are expected to walk Quail Hollow in 2017.

In April, Walker revealed he had Lyme disease. He says he’s close to 80 percent now and hopes to be fully recovered by the time he tees it up at Quail Hollow.

“I think the new holes are great,” Walker said. “The first hole has a beautiful look to it. It’s reminiscent of the original tee shot and it opens up nice down there to the right, and the green, you can see the entire green. I love being able to see kind of where you’re going.

“All the new green complexes are very nice. They are not too tricky. They have got a lot of flat spots. They have got some movement in them but they have got flat spots where you like to put the pins and there’s plenty of room. It’s going to be fun playing with all Bermuda. It will be a completely different test.”

Walker said joining the major championship fraternity has been something special.

“I’ve enjoyed teeing off this year and having that said before I tee off. It just sounds cool,” he said. “You stand a little taller. And I got a really cool parking spot at my club now. It’s got that logo. That was a cool moment. I also got text messages from guys like, “Welcome to the club” and this and that; Jack Nicklaus hand-writing you notes, just super special stuff.”

Quail Hollow, Harris and its membership are also standing tall, with the prestigious Presidents Cup also scheduled for the private Charlotte course in 2021.

“It’s a huge deal, the PGA Championship in the state’s biggest city on such a great golf course,” Brazil said of the August golfing doubleheader. “And to follow up with the Wyndham in back-to-back weeks will be golf here at the highest level. And personally, it will be a lot easier for me to do that last-minute recruiting of players for the Wyndham.”

Harris may have summed it up best.

“We look forward to hosting the world,” he said.