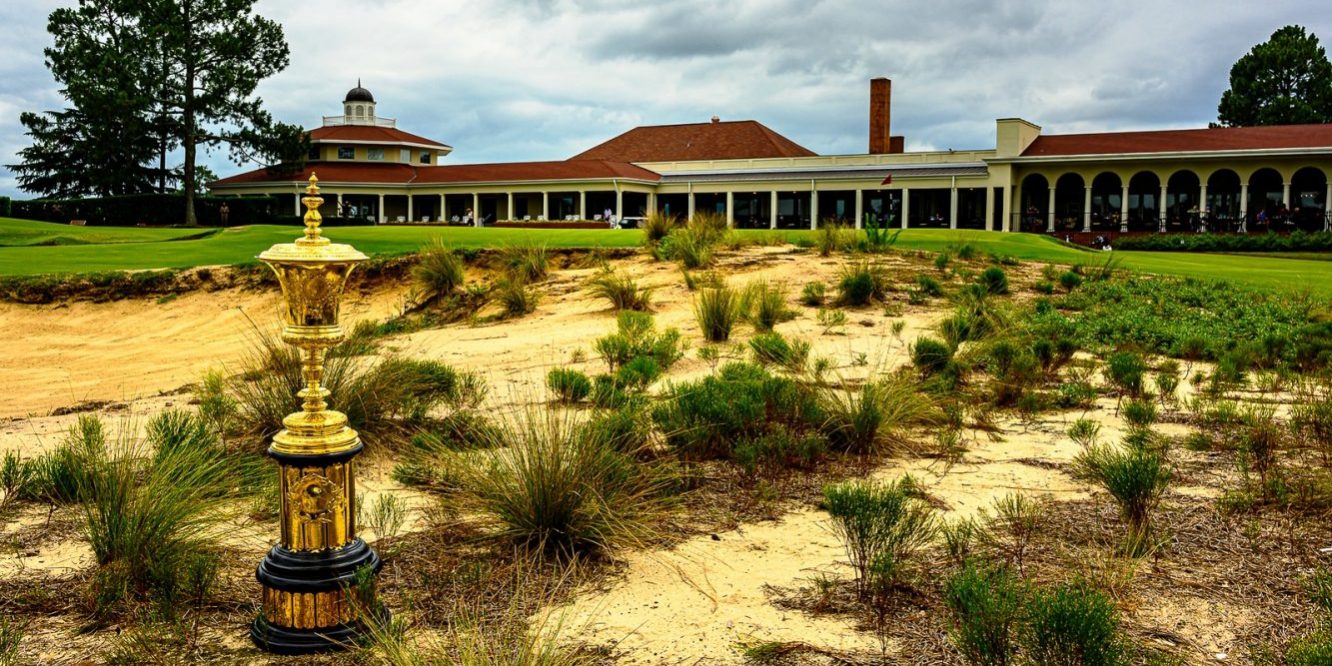 Few places embrace history like Pinehurst Resort. And the historic golf venue is preparing to add yet another piece of lore to its annals.

Just five years after making history by hosting back-to-back U.S. Opens for the men and women on Pinehurst No. 2, the iconic resort and the USGA are once again teaming up in mid August offer up a first.

The final 36-hole match of the U.S. Amateur will be staged over two courses – Pinehurst No. 4 in the morning and then Pinehurst No. 2 in the afternoon – for the first time in the 119-year history of the national championship for the best amateurs in the world.

“It’s fun to do ‘firsts,’’’ said Pinehurst Resort president Tom Pashley. “Our relationship with the USGA is so long term and we know them so well there is typically not one moment where the phone call is made to say we’re thinking of doing this or that. We have ongoing dialogue on a monthly basis on their goals and our goals and how we can work together to achieve them, and the opportunity to showcase either the best players in the world or some of the best golf-course architecture in the world.

“That word showcase can be overused, but I think it really applied in 2014 with showcasing the best women’s players and how they measured up against the best male players on the same course,” Pashley added. “And now this U.S. Amateur gives us an opportunity to showcase two very different styles of golf course architecture that are right here side-by-side.”

Pinehurst No. 2, with its famed crowned greens, is a Donald Ross classic that will play at a whopping 7,555 yards and a par-70, while the newly re-designed No. 4 by Gil Hanse will also co-host the stroke play qualifying at a 7,227-yard, par-72 layout.

The final 36-hole match of this grueling test of attrition is set for Aug. 18.

The last U.S. Amateur at Pinehurst was in 2008, with Danny Lee beating Florida State’s Drew Kittleson. Those amateurs advancing to match play in that championship 11 years ago produced quite a group of professional players — Rickie Fowler, Patrick Reed, Billy Horschel and Chesson Hadley, among others – that have gone on to win 30 PGA Tour events.

Pinehurst No. 2’s restoration by Bill Coore and Ben Crenshaw is approaching a decade, and should play quite differently than when Lee and Kittleson were firing at pins in 2008.

“It’s a living, breathing golf course and it really does change by the season,” Pashley said. “The summer brings little pine weeds, almost like little tumbleweeds, that are green with yellow flowers right now. I love them. In the fall they turn brown. They are not too much of a nuisance and you can get your club through them, but they can get inside your head. What has changed and what maybe makes it harder is the greens are now bermudagrass, so the ball doesn’t stop the way it used to. Now you have to plan on that bounce and a roll so I just can’t wait to see how different it will feel and how firm it will play vs. those soft bent grass greens.”

One of the favorites heading into the U.S. Amateur will be recent Stanford graduate Brandon Wu, who had quite a few months of golf. After leading the Cardinal to the NCAA national title, Wu pulled off a rare feat of qualifying for the U.S. Open and British Open as an amateur.

“I’m not going to lie, Pinehurst No. 2 is pretty tough,” Wu said. “You have to keep the ball in the fairway, and that’s a common theme with a lot of these U.S. Amateurs, but especially at No. 2. You may get lucky every once in a while in the bushes, but if you don’t keep it in the fairway it’s going to be a short week. And then you need to focus on hitting the greens.

“During my practice round getting used to the tee shots and seeing the lines of the golf course are key,” Wu added. “I try to take mental pictures of what each tee shot looks like and pick out a target. You need to get a confidence level going as you make your way around the No. 2 course.”

In recent years, the U.S. Amateur has turned into a so-called “young men’s game.” Those results are not lost on 41-year-old Scott Harvey, a local Triad favorite who will be playing in his final exemption year.

“I like to say there is nothing that anybody can do with a golf ball that I can’t do. I don’t feel that I lack any of that, but energy-wise is what is a challenge,” Harvey said. “I get worn out and at this age I’m just not going to get up in the morning and go to the gym and work out. It is what it is.”

Still, Harvey is not counting himself out, and would like nothing better than to capture the U.S. Amateur Championship in front of his wife, kids and mother, who will all make the short drive to Pinehurst to cheer on their golfing hero.

“I have played No. 2 maybe 15 times, and not had much success at all,” Harvey said. “Oh God yeah, it’s hard. You are standing in the fairway and the greens look so tiny, looks like there is no place to hit the ball. It is just so demanding. It’s a very difficult course but very worthy of any kind of championship you can throw at it.”

Wu and Harvey know each other from competing at the 2017 Porter Cup.

“For a guy like Scott Harvey, with so much match play experience and being around for so long, I think he has just as good of a shot as anyone,” Wu said. “And Scott has an impressive track record in match play, so there is that, too. Sure, the young guys are typically hitting it a little bit farther and that’s how the game is sort of growing, but the way I look at it is the farther you hit it the farther off line you can hit it, too. But yes, it can make a difference, hitting three clubs down from some players, especially on No. 2.”