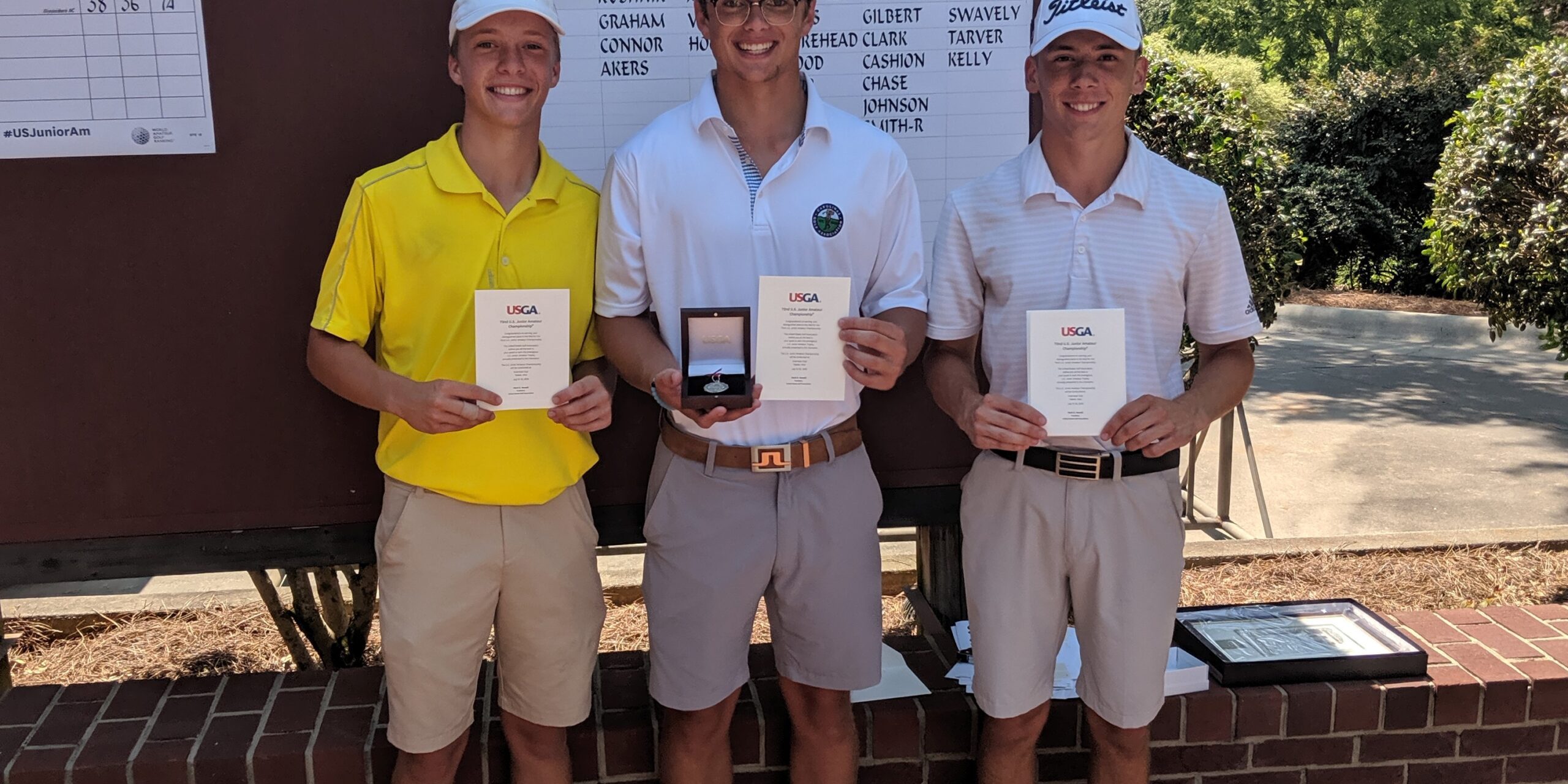 School is out around the state. Which means summertime is … extremely busy for competitive golfers.

The Carolinas Golf Association (CGA) alone conducts more than 300 amateur events for men, women, juniors and seniors throughout the calendar year. When the summer months roll around, the action really ramps up. The CGA championship schedule included seven events in June, a whopping 13 in July and another six in August.

“During the summer we have as many as 15 folks involved in tournaments,” said longtime CGA executive director Jack Nance. “These workers include administrators, interns, contract workers and on-the-road staff, but do not include all the wonderful and needed volunteers who assist us. It’s not uncommon to have four events going on concurrently in the field, with five to seven actively open in the office taking applications.”

This year, the CGA will oversee 49 championships and five team match competitions. The CGA also conducts more than 100 one-day tournaments — including individual and four-ball events — that are open to both men and women, and are typically played in desirable locations, often at private clubs. In addition, the CGA holds one-day events around the state for junior golfers ages 6-18 sponsored by the Tarheel Youth Golf Association.

“One advantage we have is doing this year-after-year,” Nance said. “While the courses are different, the same organizing and planning is done annually. We have a great staff that starts by scheduling the massive number of events. And a big thanks goes out to our member clubs who give us the opportunity to play their courses.

Of course, tournament golf around the Tar Heel State — particularly at the amateur level — starts and finishes in Pinehurst. “Amateurism,” said Pinehurst Resort’s founder, Richard Tufts, “must be the backbone of all sport, golf or otherwise.”

“With Pinehurst, and its history of amateur golf, beginning with the North & South championship, amateur golf has always been part of our DNA,” said Pinehurst Resort president Tom Pashley. “As players walk down the first fairway of Pinehurst No. 2, they walk in the footsteps of almost every great player who has ever played the game.″

Around the Home of American Golf, summer used to be considered the slow season. But not anymore — and especially not in 2019.

At the 41st Boys’ Junior North & South Championship in early July, South Africa’s Tyran Snyders posted a clean card in the final round on Pinehurst No. 8 en route to a 68 and a three-shot victory over the Philippines’ Jolo Timothy Magcalayo.

Meanwhile, Katherine Schuster from Kill Devil Hills — already a Drive, Chip & Putt champion at Augusta National and a two-time North Carolina state high school champion — won the 41st Girls’ North & South Junior Championship. “This (win) is above everything,” Schuster said. “This is amazing. To win at Pinehurst? And to win having played Pinehurst No. 2? There are no words to describe it.”

During July and August this year in the Sandhills a trio of significant golf events takes center stage with the U.S. Teens World Championship and U.S. Kids World Championship — when more than 1,500 of the best junior golfers in the world descend upon the Pinehurst area to compete for individual titles in a variety of age groups — followed by the 2019 U.S. Amateur, which will be contested August 12-18 at Pinehurst Nos. 2 & 4.

Earlier in the summer, Sedgefield Country Club in Greensboro welcomed some of the country’s most outstanding young golfers at the American Junior Golf Association (AJGA)’s Wyndham Invitational presented by BB&T.

In late June, Winston-Salem’s Old Town Club played host to the team match-play Wyndham Cup for the second time. The 40-player field at Old Town featured the 10 best junior males and junior females from both the East and West sides of the country.

Raleigh’s Peter Fountain is a rising high school senior at Broughton High School, but will graduate in December and enroll at UNC for the spring semester. He will be on the Tar Heel golf team, but will not participate in tournaments until the fall of 2020. Fountain is enrolling early to get ahead academically and practice with the golf team without using up any eligibility. He said he hopes that getting ahead in school and practicing with the team will help him be more prepared to help the team in the fall of 2020.

“I love playing tournaments on a national stage but I enjoy playing in local North Carolina tournaments more. It’s fun being able to go out and compete in your home state, and play with the people I’ve grown up playing with.”

The Peggy Kirk Bell Girls Tour (PKBGT) is based in Greensboro and offers competitive, girls-only golf tournaments. In the midst of its 12th season, the tour has grown to operate nearly 100 events each year, with more than 900 annual participants. This summer, the PKBGT offered 17 events in North Carolina between the Memorial and Labor Day holidays featuring a variety of one-, two- and three-day events for the Carolina’s top junior female golfers to compete.

Although the tour now offers events in almost every state along the eastern seaboard, the culmination event of the summer season will take place in the state, with the Tour Championship being hosted at Peggy Kirk Bell’s beloved Pine Needles and Golf Club in Southern Pines.

One of the state’s most prolific junior golfers, Zach Brown of Bermuda Run, signed a scholarship to play for High Point in the fall. Like Fountain, Brown is using a busy summer tournament schedule to fine-tune his game for the demands of college golf.

In July, Brown played in the North & South Junior, the U.S. Junior at Inverness in Toledo, Ohio, the U.S. Amateur Qualifier at Rocky Mount’s Benvenue CC and the Junior PGA Championship at Keney Park in Hartford, Conn. He said in August, he is planning to play either the Hope Valley Junior Invitational or the U.S. Amateur.

“I’ve probably had the biggest and longest summer schedule of my life so far,” Brown said. “I love tournament golf and love the competition. The U.S. Junior showed me that I’m just a little short of where I need to be of being really, really competitive on the national level.

“Like I said,” Brown added. “I just love the competition.”