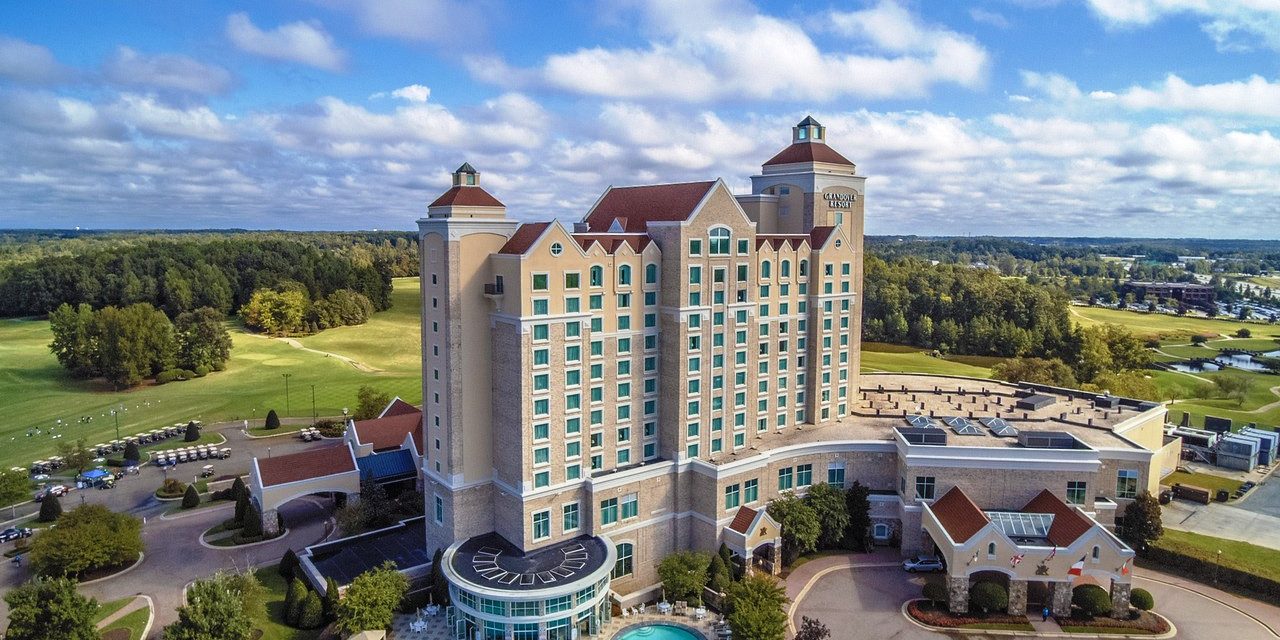 By Brad King and Len Ziehm

The Wyndham Championship returned to Sedgefield Country Club in 2008. Explaining the move back after more than three decades at Forest Oaks Country Club, southeast of Greensboro, tournament officials cited several key factors: the appeal of Sedgefield’s freshly restored, Donald Ross-designed golf course and its location closer to the center of the Piedmont Triad.

The other significant consideration was Sedgefield’s closer proximity to the Grandover Resort & Conference Center, where many players and sponsors stay during the Wyndham Championship.

There have been other title sponsors and other host sites over the years.

But since 2008, the Piedmont Triad’s flagship sporting event has been the Wyndham Championship at Sedgefield. While tournament operations are stationed at Sedgefield, the headquarters for title sponsor Wyndham Rewards is at neighboring Grandover Resort.

Grandover’s practice range also serves in that capacity for the Pro-Am participants during tournament week, so the relationship between Sedgefield and the resort is a tight one.

“I would call it perfect,’’ said Mark Brazil, tournament director of the Wyndham Championship. “They’ve got two great golf courses over there (at Grandover) and all the space for our activities, plus a beautiful hotel. It almost feels like we’re their third course because we’re so close. We couldn’t have a better marriage with them.’’

Brazil directs the only PGA TOUR event played annually on a Donald Ross-designed course, and he appreciates the partnership with Grandover.

Wyndham Week this year is July 30-August 4, two weeks earlier than usual, and the $6.2-million event holds a key place on the PGA Tour schedule. Celebrating its 80th anniversary in 2019, the Wyndham will be the last tournament prior to the FedEx Cup Playoffs, representing the last chance for players to establish a strong position going into golf’s lucrative postseason. Only the top 125 in the FedEx standings will tee off in the first of the three playoff events.

And that’s not all. For the first time, the $10-million Wyndham Rewards Top 10 bonus pool will be in effect, offering bonus money — including a winner’s pot of $2 million – to the top 10 finishers in the FedEx Cup point standings entering the playoffs.

While the birdies and bogeys are crucial at Sedgefield, about 40 members of the Wyndham Championship field will be staying at Grandover. So will a bulk of the tourney’s sponsors and Wyndham’s guests, and they will have some enjoyable golf to play that week, too.

Grandover’s two 18-hole courses were designed by architect Gary Panks, with the help of player consultant David Graham, an Australian who won the 1979 PGA Championship and the 1981 U.S. Open. He also had top-five finishes in both the British Open and Masters. Like many top stars in his playing days, Graham got involved in course design as a sidelight venture.

Panks did most of his design work in Arizona. The Grandover courses are his only creations in North Carolina. Panks started doing courses on his own in 1978 and teamed up with Graham from 1988 until 1997 under the banner Graham & Panks International. They designed 10 courses together and the Grandover courses represented one of their final projects together.

Graham & Panks was able to break into the North Carolina course design market – one then dominated by state resident Tom Fazio and Arnold Palmer – because Graham had a friend who was close to Joe Koury, the founder of Grandover. Koury passed away in 1998, shortly after the resort opened, but Grandover remains family owned.

The resort, celebrating its 20th year in full operation, was built on 1,500 acres of oak, pine and dogwood-covered hills. The designers filled the courses with a wide variety of holes, most all of them with undulating greens. The courses have been used for Web.com Tour events and top collegiate competitions. An NCAA Division I regional and three Division III national championships have been played at Grandover.

For leisure travelers, these courses are an attractive deal, as the top greens fee is only $75, there is no competition with members for tee times and the lodging is not only pleasantly upscale, but in close proximity to the golf, as well.

Grandover has undergone an extensive, $10-million renovation of the entire property over the last two years and more money is being spent to complete several indoor projects this year.

Work began on the exterior of the resort late in 2016 and required six months to complete. In 2017, all 244 guest rooms were remodeled and in 2018 the bars and restaurants received the same attention. All parts of the property were rebranded, the style changing from Old World European to a tribute honoring the rich history of the area. A fire pit lounge overlooking the courses has been added this year.

Around tournament time, Grandover understandably still surrenders top billing to Sedgefield. But Grandover has 36 holes of memorable golf — all open to the public — and is an easy stopover for players heading to either of the golf destinations of Pinehurst or Myrtle Beach, S.C.

Enjoying Grandover is especially easy for North Carolina residents, thanks to the formation of the Griffin Club. For $20 members can get reduced greens fees and other year-around benefits when they visit Grandover. More than 2,500 have already signed up.