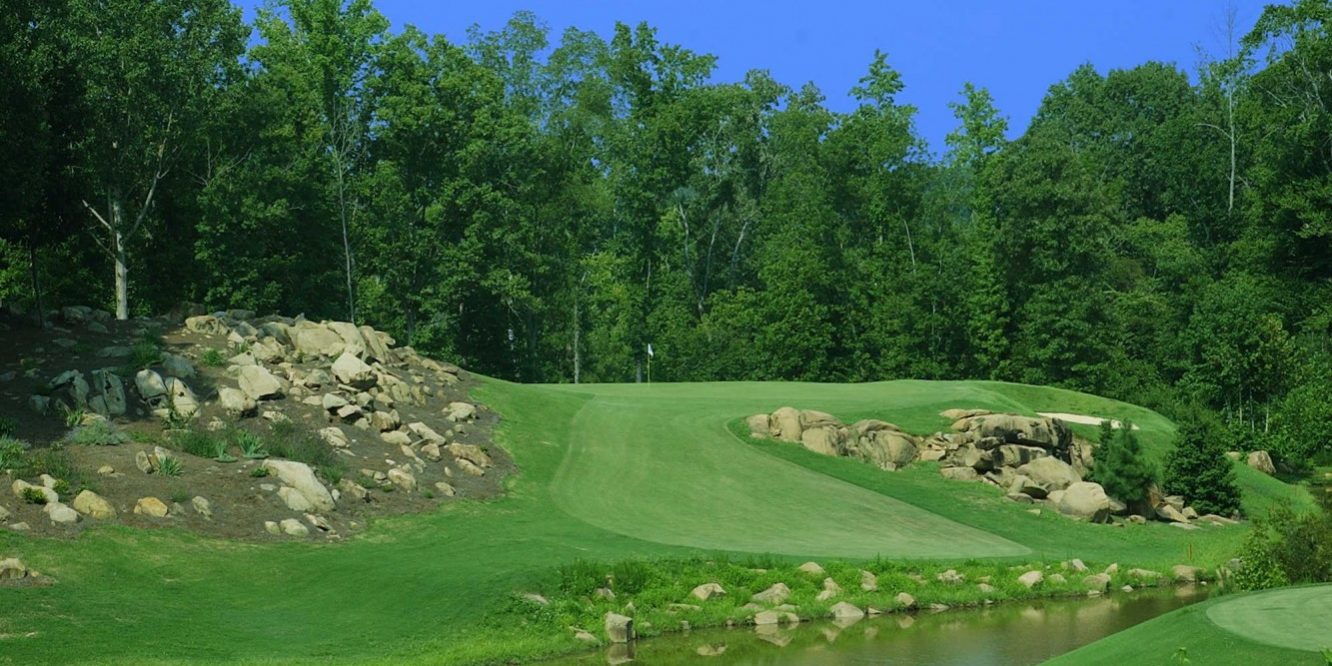 With more than 300 private clubs scattered across the world – and its fair share in the Triangle and the state of North Carolina (and still growing each year) – tackling a story on the far-reaching affect of ClubCorp’s network can be a bit overwhelming.

Sure, the firm has golf clubs in places like Canada, China, France and Mexico; more than 400,000 members and layouts by famed architects in some 30 states across the country, along with various mouth-watering dining options in spectacular settings.

And yes, ClubCorp’s president and CEO – Eric L. Affeldt – was named Golf Inc. magazine’s most powerful person in golf in 2010 and 2014.

But after briefly talking with Devils Ridge member Roberta Carpico, and seeing first-hand the enthusiasm in which she discussed her ClubCorp benefits, it was relatively easy to focus on what is making golf’s reciprocal giant the king in what has been a shrinking private club sector the last decade.

Carpico and her husband have been ClubCorp members since the early 1990s, moving to Devils Ridge Golf Club in Holly Springs in 2007 after stints at ClubCorp clubs in Florida and outside of Washington, D.C.

Mrs. Carpico estimates she has played “dozens and dozens” of owned and affiliated ClubCorp layouts, making an annual trip to California each February to log rounds on such awesome courses as Mission Hills, Indian Wells and Desert Falls. Last month, the couple skipped the West Coast jaunt and opted for a golfing vacation with friends in Florida – of course at some top-notch ClubCorp courses.

“It is a very progressive company,” she said of the various forms of reciprocal memberships offered. “We like their golf sense. They know what they are doing and they keep updating their golf courses.”

And with no assessments to its members, points out Steve Ostroff, the general manager at Devils Ridge and a regional manager for the Dallas-based firm, which is an estimated five times larger than its nearest competitor.

Devils Ridge membership director Cindy Hager says ClubCorp is on a similar pace to purchase between six to eight more clubs in 2016. Many are located in neighborhoods which came into the fold during golf’s boom time, and now may be trying to make ends meet.

“We’ll find clubs that may be struggling a little bit and reinvent the whole thing,” Hager said. “ClubCorp will start offering a slew of amazing benefits to their members and go and spend some money on the property and reinvent the club. It has really worked out well.

“And take a place like Devils Ridge. We have an amazing social life. A lot of clubs are trying to keep up and reinvent what we do on the social side, and our golf course is second to none in its conditioning year-round. Nobody can really touch that. The walls of your membership are not restricted to the walls of your club. Taking your membership wherever you go is great.”

And while the home base of Dallas and thriving Atlanta are two hotbeds of ClubCorp across the South, the Tar Heel State is making tremendous inroads. And North Carolina is a bit unusual in that ClubCorp owns some longstanding public courses, which is not the company’s “typical model.” There are less than 20 public courses in the ClubCorp fold across the entire country. Those local public clubs include Lochmere and Neuse in the Triangle; along with Nags Head Golf Links and Currituck Club along the Outer Banks.

“The Triangle area has become a major market for ClubCorp,” said John Cegielski, a ClubCorp executive based in Washington, D.C. “The area and region, with a climate very conducive to playing golf, has grown immensely over the past 10 years or so and continues to grow. North Carolina offers so much for our traveling members who can take advantage of their benefits while in the area.”

In addition, affiliate clubs, in which members have access to on a limited basis depending on what membership they have signed up for, include iconic Pinehurst Resort and Country Club, River Landing in Wallace, Bentwinds in Fuquay-Varina and Mill Creek in Mebane. Some dining club options are City Club of Raleigh, The State Club on the N.C. State campus, and Carolina Club on the UNC campus.

“If you go right up the East Coast we have a number of clubs in Virginia, New Jersey and New York,” Cegielski said. “That ties in well because a lot of North Carolina golfers travel. And we have a lot of members now in North Carolina that used to vacation in certain areas of the South and now live there and are members of ClubCorp clubs. People have moved to North Carolina for their retirement years so it has positioned us well along that I-95 corridor.”

Devils Ridge, once a public course designed by John LaFoy, is located in the center of the Sunset Ridge community with hundreds of homes, and there are new communities going up all around the club, which is great for membership growth, Cegielski said.

“It made sense to convert to a private club as the layout and condition of the golf course supports a private club experience,” he said. “Devils Ridge offers exceptional dining options and an active calendar of golf, tennis, business and social events. The club gets amazing support from the community, who truly see the club as their home away from home. The club has members who have been playing the course for more than 20 years.”

In the end, ClubCorp members have joined – and stayed on board despite moving like Carpico and her husband – because of value and consistency in its golfing and dining offerings.

“Part of what I like about ClubCorp is that we can go to any of these courses or dinner clubs and our expectations are always met,” Mrs. Carpico said. “I compare it to the Marriott properties and resorts. We’ve not been disappointed in the timeshare units that we’ve traded for. So, we also have that expectation with ClubCorp, that it will be managed well and taken care of. I think that is important because we pay our dues every month. And it’s a family feeling and I like that.”

Fellow member Charlie Bernard moved to the Triangle in 2004 for his job with Caterpillar, and joined Devils Ridge for the networking aspect.

“The big thing though is the value,” said Bernard, who looked at two other private clubs in the area before deciding on Devils Ridge. “ClubCorp tries to give their members value, not only through their networks of other clubs, but value within each of their clubs. They are also doing more and more of that recently as they expand, tying you into other functions like cruises, other travel; they are really trying to leverage that corporate feel.”

Bernard, for one, is already planning his 2017 golf trip within the ClubCorp network.

“Hey, the PGA Championship is in Charlotte next year so I’m putting together a package plan with my brother and son to play some of the courses there.”