The Franz Footprint – Upstart architect stars in the Sandhills 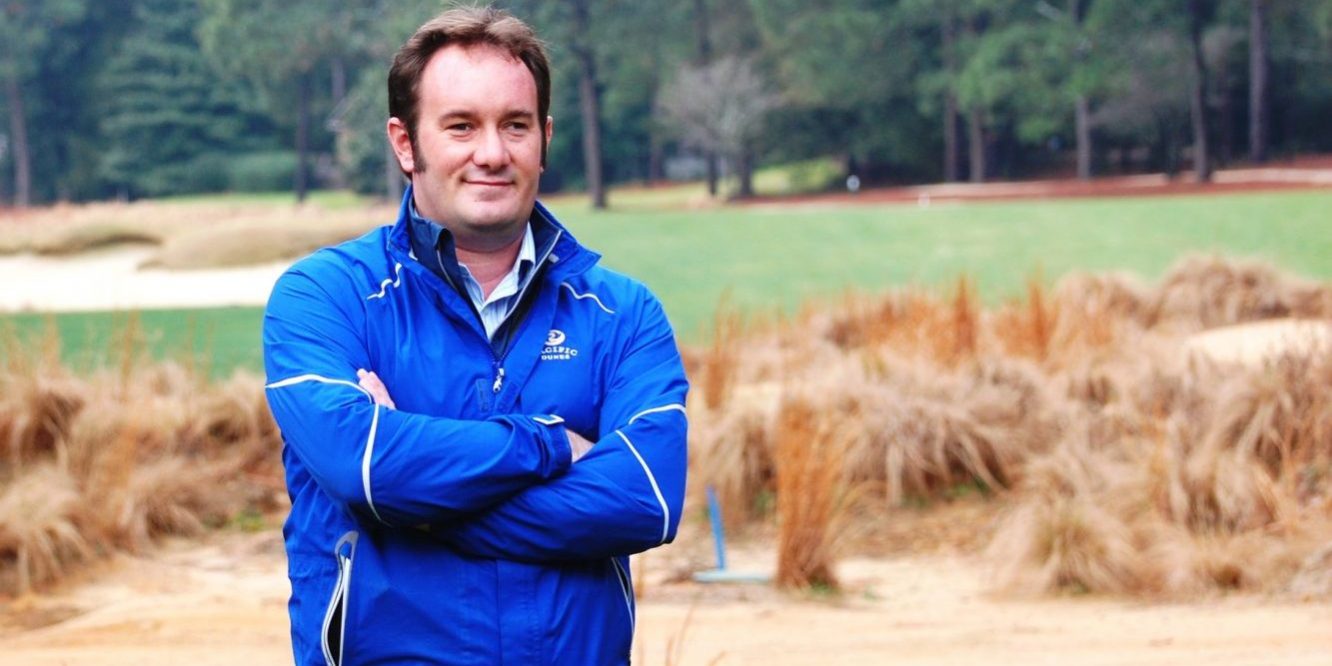 At 28 years old and the golf world still reeling from the Great Recession, fresh-faced architect Kyle Franz made a bold prediction after having a hand in the bunkering work at Pinehurst No. 2.

“I did an interview in the summer of 2010 right after we finished Pinehurst No. 2 and one of the last questions was related to the business and where did I want my career to go with the Great Recession on, and wasn’t it really hard to imagine being able to break through and be a practicing day-to-day architect,” Franz said. “I just made the prediction that there may not be a better time than right now for a younger guy like myself, that there were a lot of these younger guys that can shape and can build and finish because the wing of the business was shifting back toward restoration.

“I remember saying that and then thinking that maybe I had lost my mind and it was the most presumptuous thing that I could ever say,” he added. “Maybe I just had a feeling.”

Feeling or talent, or both, Franz had come to Pinehurst from Oregon, having worked under Tom Doak at Pacific Dunes, to help Bill Coore and Ben Crenshaw with the sandy areas on the legendary design of Donald Ross, preparing the course for what was a new look for the 2014 U.S. Opens.

While in town for weeks on end, Franz found his way to the Tufts Archives to study the works of Ross. He poured over dozens and dozens of drawings, reading as many stories as he could of how Ross worked the land and poured his heart and soul into his designs, coming up with unparalleled strategies for golfers of all skill levels.

During his time in the Sandhills, Franz met Kelly Miller, president of Pine Needles and Mid Pines resorts. The sister courses are both iconic Ross designs in their own rights, and Franz got in the ear of Miller and vice-versa during a golf outing. One thing lead to another and the young Franz was hired to renovate Mid Pines.

Miller tells the story of eating dinner with renowned architect Gil Hanse at Pine Valley and asking him about Franz and his potential, and whether he would be a good hire for the Mid Pines job.

“Gil said, ‘If you called me up to come do your golf course all I would do is send Kyle, why don’t you give the kid a chance?”’ Miller said Hanse told him.

Franz was hired and Mid Pines was awarded by Golf Magazine with the Best U.S. Resort Renovation in 2013.

The “kid” is no longer a young pup. Franz is now 37 and his impressive resume is growing by each passing year. He joined Hanse in helping build the 2016 Olympics Course in Rio de Janeiro, and is completing his renovation work at Pine Needles for his friend Miller, whose course will host the 2022 U.S. Women’s Open. Franz has recently worked on another USGA site, the Country Club of Charleston, which will host this year’s U.S. Women’s Open.

“Kyle has always impressed me with being such a student of architecture. He strikes me as the type of guy who pores over things laboriously,” said Matt Sawicki, director of U.S. Women’s and Senior Women’s Open Championships.”

“Enthusiasm just oozes from him when he gets to talk about his craft and architecture in general,” added said Shannon Rouillard, USGA senior director of championships. “He loves classic architecture; he adores Donald Ross and his designs. The fact that he has an opportunity to have his hand on this Pine Needles restoration gets him really excited. He lives for those intricate details. When I was talking to him about the changes in the green complexes it was in subtle terms of a bed knife, not a bulldozer.”

Like his idol Ross, Franz has made quite a name for himself with a hand in three of the most iconic Ross designs (Pinehurst No. 2, Mid Pines and Pines Needles) in the Sandhills. And like Ross, who lived off of a fairway at Pinehurst No. 2, Franz had moved to North Carolina and is in a house off the 18th tee at Pine Needles.

“There is not a day that I don’t go out on the golf courses at some point. I am always looking at things and seeing how we can improve it,” he said.

“Now that hasn’t happened yet but I’ve been out there in the dark,” Franz said, laughing.

Franz is humbled by all his success in the Sandhills.

“I just loved being here when I worked on Pinehurst No. 2,” Franz said. “Moving here from Oregon was never really planned but it all made so much sense; now I have a hard time ever seeing myself wanting to leave the area. Maybe one day I’ll make enough money and find a cool place up north for the summer time as another option just like Ross did.”

Miller looks back and is thrilled he gave the young architect an opportunity that has turned into quite a business relationship – and friendship.

“He is very, very talented,” Miller said. “And then you can combine the talent with a great gift of just tremendous passion, and very detailed and willing to listen. Just a gifted architect – and he started at a young age and worked for some great people.”

Franz and his team of shapers tried to do something a little bit different on each of the Sandhills projects.

“Pinehurst No. 2 was just a real standard, true restoration of Ross work,” he said. “At Mid Pines, we tried a completely different period with the 1935 bunkers that have big sand flashes, and then with Pine Needles we tried to do more grass and less native, and just more roll-over and mellow bunkers, and with more of the 1920s style with these Pine Valley landscape little things in front of the tee. We isolated different periods of Ross work to make it interesting and cool all around.”

In the end, all of the Sandhills work by Franz came back to his premonition of almost a decade ago.

“It really made sense for any given client that had a great golf course to spend a little bit of money in some really good places,” he said. “The business had gotten so big I think everybody’s focus was just scattered. A lot of time the busiest architects were doing five or six projects and weren’t able to put their heart-and-soul into one like us young guys, where one project was a career make-or-break for us.”

And quite a career it has become.