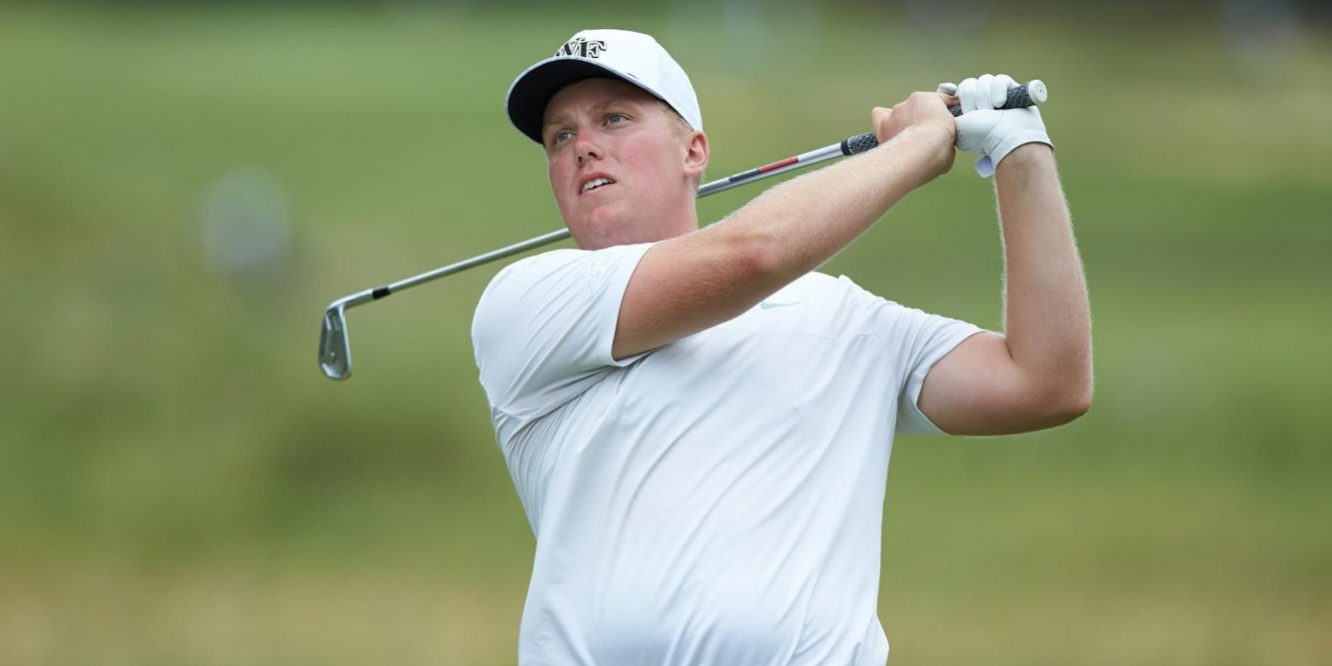 Despite averaging a solid 72 in 11 events as a freshman, Parker Gillam found himself on the outside looking in during the fall portion of Wake Forest’s schedule. The sophomore from Cary appeared as an extra individual in two of the Demon Deacons’ four events but that’s all.

However, he made his way back during qualifying this spring and Wake Forest reaped the benefits when Gillam led the team to a one-shot victory in the Seminole Intercollegiate by claiming a share of medalist honors.

“I did not play well in the fall so this win is great for my confidence,” Gillam said. “I played in almost every event last spring so not to play in the fall was a surprise. It was good to be back in the lineup again.”

The victory at Golden Eagle Country Club in Tallahassee in late February came in Wake’s spring opener. The field included 14 teams, including ACC rivals Louisville and tournament host Florida State. The Demon Deacons ended at 13-under 851 (282-288-281), one ahead of Florida State and two better than Jacksonville and West Virginia.

“It was very close down the stretch but we played some great golf to finish,” said Jerry Haas, who is in his 22nd season as Wake Forest’s coach. “We played the two par-5s very nicely and were 8-under as a team over the last four holes.”

Wake Forest reached the clubhouse with three teams still on the course.

Gillam, the final Demon Deacon to finish, rolled in a 7-footer for the final birdie to cap off the day.

“I knew I could be in the lead individually,” Gillam said. “But I had no idea the team needed that putt to win.”

The key stroke for Gillam actually came three holes earlier on the par-5 15th. After a 300-yard drive and a 6-iron from 210 left him on the fringe, he was just hoping for a two-putt birdie.

While they waited for the last five groups to finish, the Wake players kept an eye on the GolfStat leaderboard. Gillam was looking good for solo medalist until Thomas Thurloway of Jacksonville holed an eagle on the par-4 16th and then birdied the 18th to catch him at 8-under-par 208. There was no playoff.

Gillam, who played his prep golf at St. David’s in Raleigh, didn’t get off to a great start in the tournament as an opening 71 left him in a tie for 19th. But a back-nine charge in the second round rocketed him to a tie for fourth and four shots back with 18 holes to play. The surge began when he rolled in a 12-footer at par-4 10th.

“I could not get a putt to go in on the front nine but that birdie on 10 kind of kick started my round. I started putting better on the back.”

The Demon Deacons were tied for third after the first round, thanks mostly to a 68 by Pinehurst junior Eric Bae, but they slipped to fourth after two rounds, six shots back of Jacksonville. But Jacksonville opened the door with a final round 290 and Wake had its best round of the tournament with redshirt freshman Kengo Aoshima’s 68 and Gillam’s 69 pacing the 281.

Gillam’s previous best finishes at Wake Forest were a pair of T-12s, including the ACC Championship last spring.

Behind the Scenes: Volunteer veteran Richard Lawson invaluable resource for Pinehurst-area championships
May 13, 2021