Widening His Horizons: Jason Widener gearing up for senior circuit 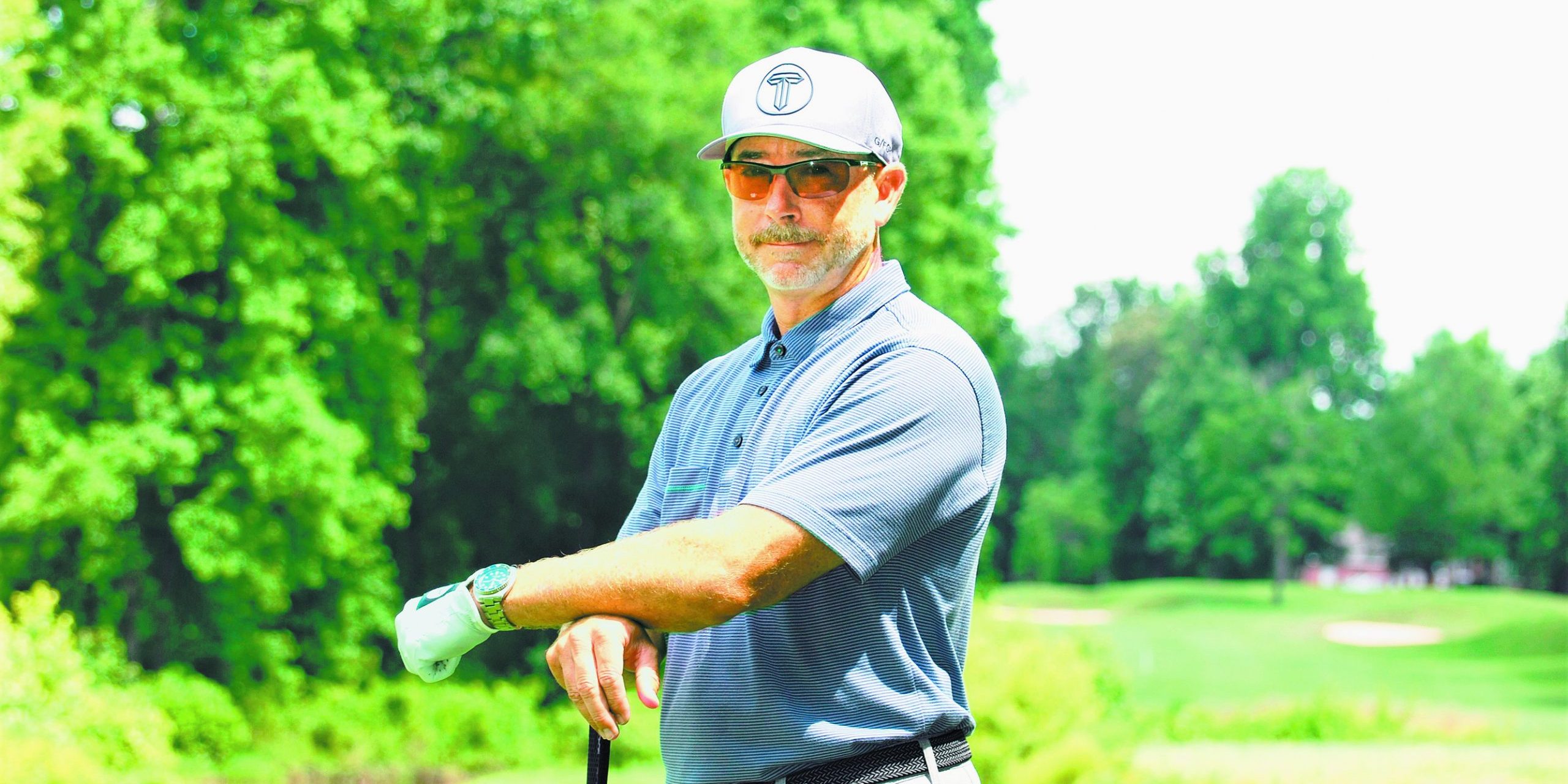 Few golfers – outside of Tiger Woods – have had a more successful junior career than Jason Widener.

The former Greensboro native won over 50 junior tournaments, including the U.S. Junior Amateur, was the No. 1 ranked junior player in the country for two years in the late 1980s and became one of just two three-time All-ACC golfers at Duke.

Unlike Woods, Widener never hit the big time. He did play in over 30 NIKE Tour events, won six mini-tour events and logged a season on the PGA European Tour in 1996. But unlike some of his junior rivals — players such as Jim Furyk and David Duval — a PGA Tour win was never in the cards, let alone a major championship.

And after the dust settled, Widener was at peace with how his golf career went down, settling into college coaching at his alma mater and then UNC-Wilmington. He would follow his passion in the martial arts and launch a successful teaching profession – Widener Golf Instruction – where he tutors some of the state’s top players.

“The client who usually finds me has gotten a little stuck, it’s usually a good player who has hit the wall and wants to get better,” Widener said. “That’s fun for me and where my skill set and background and the way I approach teaching works best. There are so many great instructors that teach people the game, but I sort of step in much later in the process, where my skill set functions best. I have junior golfers trying to play in college, some younger like 13-14 years old who are starting to realize they are serious about golf, and I also have a number of mini tour and Korn Ferry golfers. When they start to struggle and think ‘that’s as good as I’m going to get place’ I try to open more doors for them.”

Despite his love for the teaching profession, it appears, after turning 50 this past spring, that Widener has yet to close to door on competitive professional golf. He said he would have gone to Champions Tour Q-School last year but it was cancelled due to COVID-19. Widener is again gearing up for an opportunity this fall to attempt to land a position on a tour that is arguably the most difficult to secure with only five spots available.

Is it a longshot? Sure, but don’t be so quick to dismiss Widener’s chances. He qualified for the PGA Tour Wyndham Championship in 2017 in his hometown of Greensboro, and while he missed the cut Widener carded rounds of 73 and 68, and just this past month at the U.S. Junior Amateur site for media day, Widener shot 67 and 69 on the Country Club of North Carolina Dogwood and Cardinal courses.

“For me, coaching is the No. 1 priority, but the more I play I feel the better coach I become, so I’m trying to find that balance between competing and the work I do as a coach,” Widener said. “They go together nicely, but I’m definitely putting as much energy into my personal game as I can.

“Some days, yes, it feels like I’m 50,” he added. “But I have always been involved in the game, always coaching or teaching, and I had put my personal game on the shelf. During that period, I was involved in martial arts and some other things that were important to me, but I had some moments of real clarity about technique, things that maybe have happened in my own, personal experience with golf that became really clear, so now that time has come to where I want to apply it to myself. I’ve found that it has been a fun process and I have a lot more joy. I’ve always enjoyed practicing, I enjoyed playing, so I guess I’ve always been a little bit more of an artist in the game, and that part is coming back. My game is showing flashes of being quite good.”

Widener teaches out of Mill Creek in Mebane and River Landing in Wallace. It was while coaching at UNCW that Widener became friends with River Landing director of golf and GM Larry George, a top player in his own right on the Carolinas PGA circuit.

George plays a round of golf with Widener every two weeks and sees professional promise.

“I love watching him hit balls and my golf game is better because of playing with him,” George says of Widener. “He is as fabulous as he has always been – just a great ball striker.

“I don’t know what the weakness is if he has one,” added George. “Jason looks at the swing differently than most instructors do. He believes the center of the swing is as important as anything and whenever you maintain certain swing values you are always going to make a good swing. For him to hit a bad shot is just 20 feet offline. That sound of solid contact is always there. I truly believe he’s the best ball striker I’ve ever been around.”

Widener calls the Champions Tour dream something that is “fun to look towards.”

“I’ve always directed my competitiveness internally, so I’ve always tried to pursue some sort of excellence in golf, so for me having something focus on brings that personal part back and I like that,” he said.

“I’m not sure how to frame professional golf again. It was a re-introduction at the Wyndham a few years ago and I’m not sure where it’s all going to go. I am just engaged in the process and trying to get better and see how good I can get again. I am in a very different place in life now and have done different things. I probably have a different perspective in relationship to professional golf right now and I am going to try to honor that and enjoy it.”

Widener’s love for the martial arts and a stint as a wellness professor at UNCW have kept him fit.

“It’s interesting to see which guys have been playing all these years, who took time off, and was that helpful or hurtful to their golf games,” Widener said. “I’ve had a couple of friends who have played the whole time that have pointed that out. I am just going to roll with it. The good news is the pursuit of my own game and seeing how good I can get again is fun to me, challenging to me.”

George, for one, believes Widener has an opportunity to beats the odds.

“For anybody it’s a longshot, but if I was in Las Vegas betting I would bet 100 percent on him,” George said. “He knows he’s good enough and is as good a ball striker as anybody out there on the PGA Tour or Champions Tour. I believe he believes in himself. God, he can play the game. Many times when we play he’s 6 under after six holes. When I play a good round and things click it’s still a fight … but it looks like he’s never fighting it at all. He’s that good.”