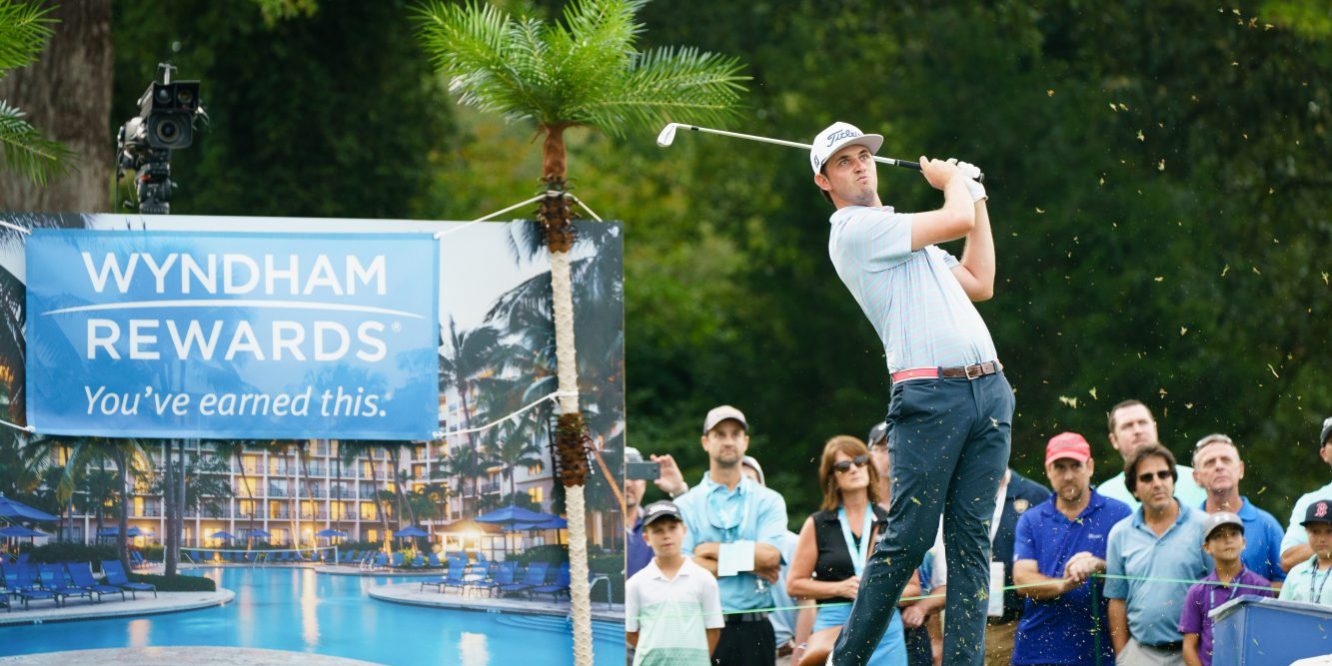 By Brad King
During an illustrious career at Hickory High School, 2019 Wyndham Championship winner J.T. Poston earned all-state honors three times and was conference player of the year all four seasons.
Poston was a key member of the 2009 state champion golf team as a sophomore and captured the state individual title twice. He also owns a couple of North Carolina High School Athletic Association records that include shooting a 63 at Foxfire Golf Resort in Pinehurst — the lowest 18-hole round ever shot in a state championship.
For many, the question is: after a historic high school career, how did Poston end up at Western Carolina in Cullowhee — a small town situated between the Great Smoky and Blue Ridge Mountains, where the students outnumber the regular population?
During his high school years, Poston competed in mostly state and regional tournaments, and he wasn’t heavily recruited by any big-time collegiate golf programs. His efforts to play his way onto a few Atlantic Coast Conference schools never panned out.
“Western wasn’t my first choice early on in the recruiting process,” Poston admits. “N.C. State recruited me, but it just didn’t work out. I didn’t have the greatest junior resume so a lot of the scholarship spots were already taken. I would have been a walk-on and I was looking for a scholarship.”
A visit to Cullowhee led to a scholarship and a place Poston could call home.
“I enjoyed the atmosphere around Western,” Poston said. “It was so laid back. The coach at the time (Carter Cheves, currently the associate head coach at James Madison) was somebody that I had known for a little while. I liked the guys on the team a lot. It was a good fit, and it was somewhere that I knew if I kept playing like I had been, I would get a lot of playing time and be able to build off it.”
Around Cullowhee, Poston was fond of wearing fancy socks, most of the Western Carolina purple and gold variety. His Catamount teammates called him “Jimbo.”
Using the college snubbing as internal motivation, Poston rewrote the WCU record books. Former WCU coach Bryant Odom describes Poston as “a late-bloomer.” He said his top player relished the opportunity to match up against top programs — ACC and SEC schools that overlooked him in the recruiting process — to put on a show. “Since then, he’s always wanted to prove to these guys: ‘You know what? You missed out on me,’” Odom said.
A two-time All-American and three-time PING All-Region selection at Western Carolina, Poston claimed six individual medalist honors from 2011-2015 and finished as the school’s all-time leader in career stroke average at 71.73 over 135 career rounds. He finished inside the individual top 10 all four years at the Southern Conference golf championship, twice finishing first.
In 2013, Poston became just the second WCU men’s golfer to top the GolfStat individual rankings at No. 1, joining his predecessor Matt Cook with that honor. Poston competed in the NCAA postseason regional field three times and became the first Catamount men’s golfer to ever advance to the NCAA Championship field in 2015.
“Carter Cheves was my first coach at Western; he’s the one who recruited me and gave me a shot. I’ve always been thankful for him giving me that opportunity,” Poston said. “And (former WCU coach) Bryant Odom was a big influence, more so for helping prepare me to play in the pros. He kind of helped me narrow my focus down and just let it happen.”
A lean 6-foot-2, 165 pounds, with a long and languid swing that generates plenty of power, Poston’s game is not flashy. He does the majority of his damage from 130 yards and in, dialing in wedges and draining clutch putts. When he flirted between top 20s and missed cuts earlier in the PGA Tour season, Poston’s confidence never faltered.
“He just has that flowing swing and acts like nothing bothers him,” Odom said. “Next thing you know he’s shooting 67, wearing you out.”