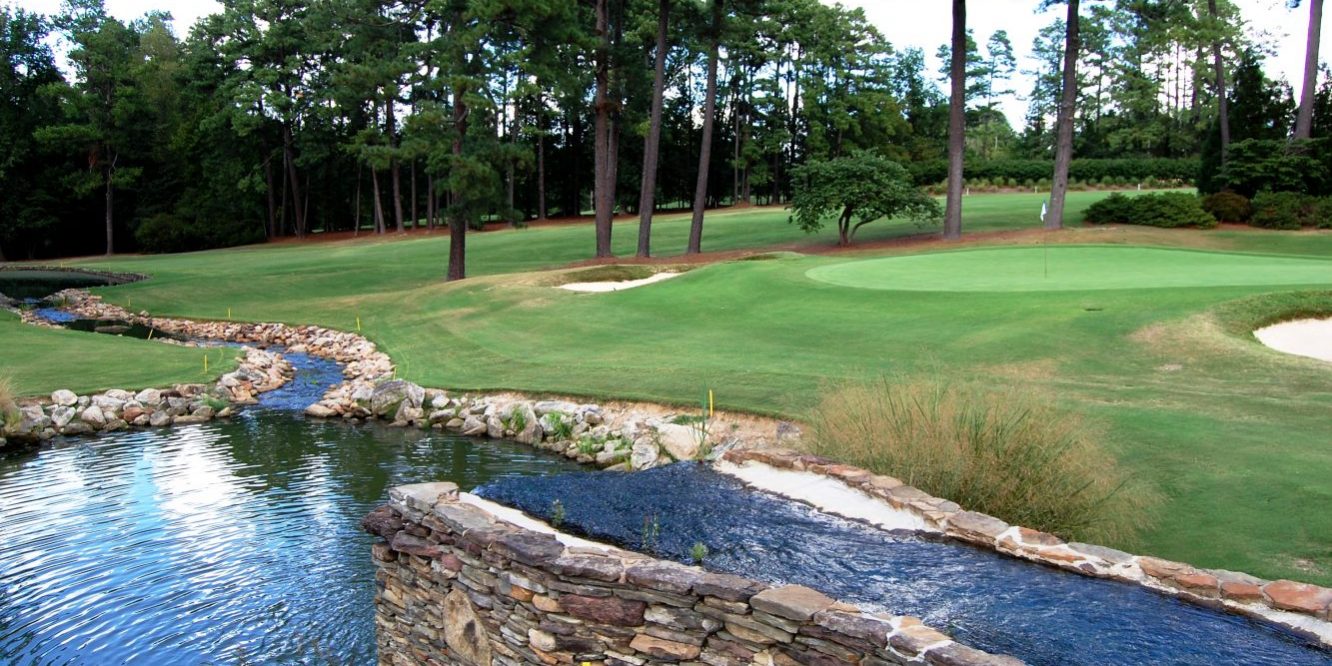 Donald Ross personally handpicked the property that would become Raleigh Country Club, but the legendary architect wasn’t around to see the course’s completion, passing away in April 1948.

His two most trusted “generals” – Ellis Maples and J.B. McGovern – finished off the work at the private club that is considered one of the most challenging layouts in the Triangle area.

Now, the brass at McConnell Golf is turning to another trusted Ross disciple who has done some remarkable renovation and restoration work in the North Carolina Sandhills to rekindle some of the original touches Ross envisioned at Raleigh Country Club.

Upstart architect Kyle Franz had a hand in the waste areas and bunkers when Coore and Crenshaw worked on Pinehurst No. 2 a decade ago, and has since renovated iconic Ross resorts Pine Needles and Mid Pines to much acclaim. Franz also assisted Gil Hanse on the building of the 2016 Olympics Course in Rio de Janeiro, Brazil.

He’s excited about “heading north” an hour or so from his Southern Pines headquarters to tackle yet another Ross gem.

“It’s a very challenging golf course as it stands today with the green complexes being so small, and that’s not something we’re going to change,” Franz said. “Mid Pines is sort of the same way with smaller greens. That has really made the work timeless on both golf courses. Our goal at Raleigh Country Club is not to make the course any easier or any harder, but just to make it as interesting as we can and really get it to reflect what Ross and his team were trying to accomplish.

“When we’re finished I don’t want golfers to feel like it’s an out-of-body experience. We are just going to trust the history on the course and not try to reinvent the wheel.”

An estimated 300 to 400 trees will be removed from the property starting this fall, and some length will be added to eight holes so the course will measure around 7,200 yards from the championship tees – an increase of more than 300 yards.

“Some of the trees Kyle has coming out are going to open up and give some distance across the property,” said McConnell Golf vice president Michael Shoun. “It’s a very small, compact piece of property so when we remove some of these trees you’ll be able to see across certain areas of the golf course. From an aesthetic standpoint it’s going to make the course look so much better.”

“You will be able to have a pack of big hitting guys from NC State show up and they’re not going to feel like they’re playing anything that is remotely short,” Franz added about the increased length of the course.

RCC will be closed sometime in February as the Franz team will begin shaping various holes, restoring some of the course’s original brooks and streams, and adding a new irrigation system. McConnell officials said they expect the course to reopen in the fall of 2020.

“Part of the reason I was so intrigued when (McConnell Golf founder) John McConnell reached out to me is Raleigh Country Club is certainly not like anything I’ve done in Pinehurst,” Franz said. “We’ll rely more on brooks and little ditches and native grasses, and a bunker style that really plays off of and really celebrates the best that the three guys (Ross, McGovern and Maples) did together in their careers. It is really a totally different challenge.

“We’ll try to get harmonious with the North Carolina landscape and not rely on sand. There will be more native plant materials to give it its own kind of cool vibe. I wanted to really find a concept that will work for the course considering things have changed over time. It’s no longer a thick forest, or has native grasses. I came up with a way to make those things seamless and the way Ross originally intended.”

Many of the creeks and brooks that crossed the property in the 1940s have been piped, but Franz plans to re-visit many of them to see what interesting concepts he can restore.

“A lot of creeks, brooks and ditches touched multiple holes in one run, so I’m trying to find ways to restore them in whatever format they originally were,” Franz said. “They could have been water or just grassy ditches with maintained rough or native grasses. They will cut through the fairways with cool little contours or ripples that you could get stuck in and have a tough lie.”

Raleigh Country Club has a rich history with it being the last design of Ross. The course was saved in 2003 from extinction by McConnell in what would be the first of a dozen iconic courses in the McConnell Golf portfolio.

The creative work Franz has performed over the last decade speaks for itself, as does his passion for saving bits and pieces of the Ross legacy. Add RCC to the growing list.

“I have been through a lot of projects and to see his excitement with this project makes me thrilled to know that it means as much to him as it does to us,” Shoun said of Franz. “That’s what we’re looking for. From the get-go he has shown that emotion and excitement for this whole project. I think he’s very knowledgeable and I really like that he does a lot of his own shaping. A lot of times you see a designer design something and then a shaper actually moves the dirt and it gets lost in translation. Kyle will be the one moving the dirt on the dozer so he can put it exactly where he wants it.”

“If he likes what he sees he moves on, and if not he gets back on the tractor and starts reshaping,” added McConnell Golf director of golf Brian Kittler.

Franz chuckled when asked about his unbridled passion for Ross and why he has become a “hot item” among golf course architects.

“Based on some information I got there were some pretty wild ideas thrown against the wall for this project, but we came in with a very respectful sort of approach to the whole thing,” Franz said. “We came in with the mindset that we were going to improve the course in a lot of cool ways that celebrated the work of all three architects. Sure, we’ve taken some poetic license in some places, but we’ve tried to maintain and stick with what Ross had on the property. We wanted to add some details to the greens here and there, but for the most part we wanted to keep the concepts the same for most of them. We had a great record of the original plan. We came in with more of a restoration approach than a renovation approach, which probably gave us the winner.”

The RCC membership, which consists of many of the area’s low handicap golfers, can’t wait for the latest McConnell Golf upgrade.

“While none of us like having our golf course out of play, I am highly confident the ‘new look’ at RCC will have Donald Ross smiling down on his last creation,” McConnell said.