Standing the test of time: High Meadows getting face-lift this spring 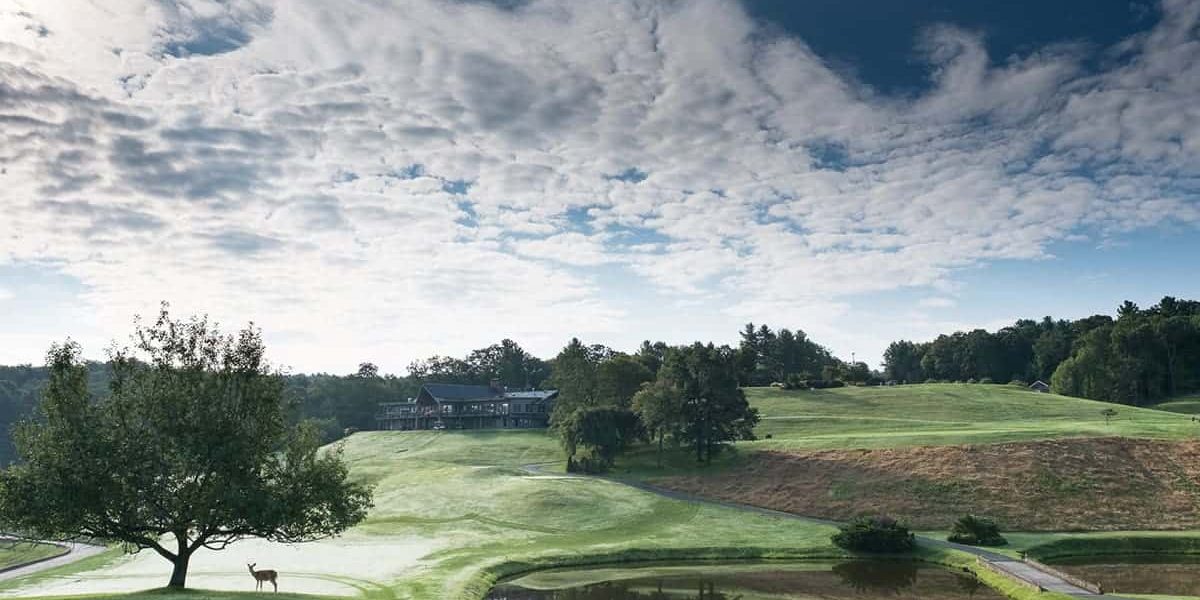 For more than a half century, High Meadows Golf & Country Club has remained untouched, standing the test of time as one of the more playable and serene settings in the North Carolina mountains, attracting dozens of members from the Triangle area.

Few courses these days – especially with all of the advances in grasses, golf course technology and increased length of players off the tee – can say it remains virtually as it was when George Cobb designed the layout in glorious Roaring Gap in 1964.

After contemplating some updates to the private club for a few years, a storm that dumped 15 inches of rain on the area last August, coupled with two hurricanes last fall, was enough for club management to pull the trigger on a bunker and tee renovation.

“I guess we can say the storms kind of called our hand,” said High Meadows general manager Mike West.

“It is very unusual for a club that old to have had no work at all done,” added Atlanta-based golf course architect Bill Bergin, who began the renovation project in late March. “It has hung in there nicely. But this bunker renovation is really going to enhance it, yet it will still be honoring its roots.”

As the course stands now, it measures 6,625 yards with just one par-5 measuring over 500 yards. And there are just 19 bunkers. When Bergin is finished in about one month, High Meadows will be slightly longer and have 25 bunkers, better drainage and additional angles into par-3s from more strategic tee boxes.

“I love mountain golf – I like the smell, I like the feel, I like the freshness of the air, I like the color of the grass – all of that is what stands out to me at High Meadows,” Bergin said. “What I saw when I first visited was a solid golf course, but the bunkering was pretty basic and in desperate need of renovation. The job of bunkers is to highlight the golf course, to show it off, not dominate it, not overwhelm it, not distract from the key to the golf course – which are the greens and fairways. I call the bunkers sort of the supporting cast. They are a very important supporting cast but they are not the star. At High Meadows they were almost a bad actor because they were not in good shape and not necessarily positioned well or distributed very well.”

For example, four of the course’s 19 existing bunkers surround the 10th green.

“Why would you have 20 percent of your bunkers on one hole?” Bergin said. “We are looking at how we can balance out the golf course, how we can make it work really well mechanically. We want to provide the membership with consistency day-in and day-out and beauty, because what’s better than white sand, green grass and blue sky? Man, that’s a great color combination.”

Bergin played college golf at Auburn and competed against West while he was playing golf at the University of North Carolina. Bergin went on to the PGA Tour in the 1980s, playing in three U.S. Opens and two British Opens.

The two met up again more than 35 years after college when Bergin was one of several architects who interviewed for the renovation job. West said it was a natural fit since Begin had done work on various other George Cobb original designs, including some in the North Carolina mountains.

“Bill is really a proponent of having playable, enjoyable golf courses for all levels, and High Meadows is already a really fantastic member’s golf course, the kind of golf course you can play every day and it doesn’t beat you up,” West said. “Twenty-five bunkers are probably on the low side by today’s standards, and there is not a lot of water on the golf course, but the challenge is you don’t get a lot of level lies being a mountain golf course, and the greens tend to have some slopes. It is the kind of golf course you can go out and play every day and you aren’t going to lose a half-dozen golf balls and be in bunkers all day long. It’s a course everybody really enjoys playing.”

Unlike some Tar Heel-based architects who have studied the works of legendary architect Donald Ross and set out to tackle some of his course’s renovations as a career builder, Bergin said his connection to working on several Cobb courses over the last 12 years is merely coincidental.

“George Cobb courses are typically at that age that they need to be redone, and he did a lot of work, so there is opportunity there,” Bergin said.

High Meadows has 200 members that West said is split equally between Florida residents who spend the summer in Roaring Gap, weekenders from the Triad, Triangle and Charlotte markets, and folks who live on property full time.

“We’re one of the closest mountain golf courses to those three metropolitan areas,” he said. “It’s all highway the whole way from the Triangle up here until you start up the mountain.”

Bergin and West said the course will remain open while work is being completed, with a hole or two at a time being closed or altered while construction and bent grass sod is placed on new tee boxes and around bunkers. The entire project, pending any weather delays, should last between 60-75 days.

“A bunker renovation like this is actually more than bunkers, because we’re adding chipping areas and we’re shifting bunkers, making the green complexes play and look differently than they do now,” Bergin said. “And the golf course will feel like it got a little bigger, like there is a little bit more room to be successful without changing putting surfaces.

“The nice thing is when the members start coming back as the weather is getting nice in May they are going to see the new bunkers and adjusted golf course, and that will be very exciting for them,” he added. “This is a painless project compared to many of them and very easy to manage, and will provide big benefits for the club.”